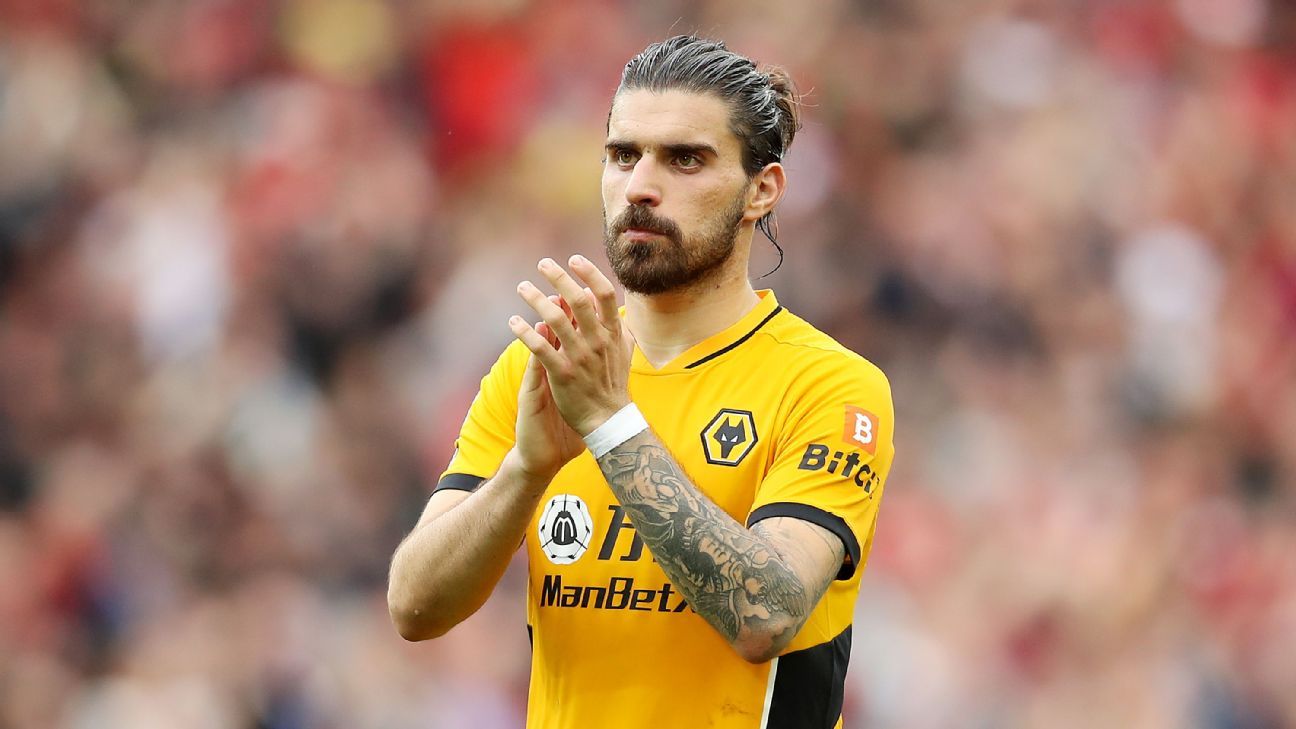 Barca coach Xavi Hernandez has spoken of his desire to keep De Jong but has also conceded the club’s precarious financial situation could force them to make some difficult decisions.

ESPN reported earlier this month that both Manchester United and Manchester City would be keen on the Netherlands midfielder if he is allowed to depart Camp Nou.

If De Jong does move, sources have told ESPN that Barca will try and sign a deep-lying midfielder who could act as a long-term replacement for Sergio Busquets, who is out of contract in 2023.

Wolverhampton Wanderers midfielder Neves, who is represented by Jorge Mendes, and Real Sociedad’s Zubimendi are both options.

Neves, who has a contract in England until 2024, said on Sunday after the final game of the Premier League season that he could have made his last appearance for the Midlands club.

“Everyone knows what football is about, what our lives are about,” Neves said.

“Our careers are really short, we need to take the opportunities we have. Of course, all of us have dreams and we need to live those dreams in a short space of time.

“Let’s see what happens. I cannot say too much about it.”

United, who recently appointed Erik ten Hag as their coach for next season, have also been linked with a move for Neves as they look to rebuild following a below-par campaign.

Zubimendi, 23, has impressed Barca scouts since breaking into Sociedad’s first team in 2019. He has a contract at the club until 2025, with a release clause is fixed at around €60m.

Sources have told ESPN that Barca feel they are better covered in the more advanced positions, even if De Jong is sold, with Pedri, Gavi and Nicolas Gonzalez set to be joined by Franck Kessie this summer, who will arrive on a free transfer from Serie A champions AC Milan.

De Jong, meanwhile, has always maintained he is happy at Barca, and sources close to the player told ESPN his priority is to stay at the club, who he joined from Ajax for €75m in 2019.

President Joan Laporta has said he’s hopeful “painful sales” will not be necessary, but Barca’s business this summer is heavily dependent on bringing in money — be that through commercial deals or the transfer market.

Laporta said the club are working on selling a percentage of subsidiary businesses Barca Studios and Barca Licensing and Merchandising, while they could also mortgage off a percentage of their future television income.

Speaking after Barca’s 2-0 defeat to Villarreal on the final day of the LaLiga season on Sunday, Xavi said big changes are needed after a second trophy-less campaign in three years.

“We have to strengthen well and we have to change a lot of things — a lot,” Xavi told a news conference.

“There is a lot of work to be done in the offices. We can’t hide from reality. The club tell me the changes we need are possible. They’re positive.”

Chelsea defender Andreas Christensen will also join on a free transfer this summer, while Xavi has confirmed a move for Bayern Munich striker Robert Lewandowski is also an option, with the player’s agent on Sunday reiterating the striker’s desire to leave Germany.

However, the signing of a midfielder such as Neves or Zubimendi or a forward like Lewandowski depends on raising funds, with the club unable to register new players while adhering to LaLiga’s financial rules.