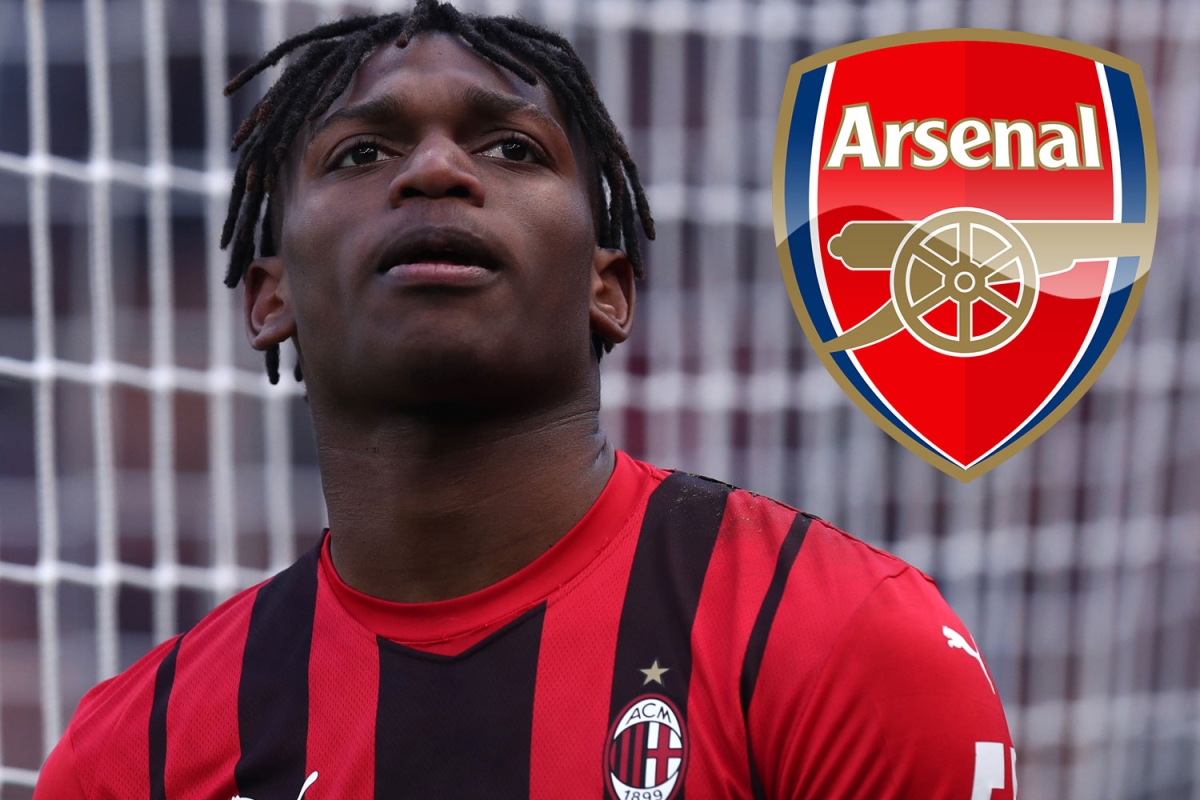 RAFAEL LEAO is a transfer target for Arsenal… and HALF of the Premier League.

Arsenal are keen to splash the cash in the summer but face a battle from multiple Prem teams for the services of the exciting AC Milan winger.

Italian outlet La Repubblica report the 22-year-old has caught the eye of a host of clubs after ten goals and six assists in 27 games this season.

Newcastle are just one of the sides ready to go head-to-head with Arsenal to sign the three-cap Portugal international.

Although in a boost to the Gunners it’s claimed the North Londoners ‘lead’ the race for the flying winger.

However an added challenge for Mikel Arteta is AC Milan’s desire to pen Leao down to a new long-term deal.

His current contract expires in 2024, but the club plan to ‘lock down’ Leao for ‘as long as possible’ in order to fend off interest from elsewhere.

Although Milan’s plans to agree fresh terms with Ismael Bennacer first may give the Gunners the chance to make their move.

Leao’s strike against Sampdoria at the weekend sent AC Milan top of the Serie A table.

In total Leao has scored 23 goals and laid on a further 15 assists in exactly 100 games for the Rossneri.

He progressed through the ranks at Sporting Lisbon before moving to Milan, via a season with Lille.

Manchester City were linked with Leao way back in 2018 before Everton and Wolves were told to fork out £50million for him last year.

But now it’s Arsenal who have emerged as top candidates for his signature.

SunSport have exclusively revealed how the Gunners are prepared to spend £180million on the likes of Alexander Isak, Dominic Calvert-Lewin and Ruben Neves.

And they could be tempted to add Leao to that list to make sure their attacking options are well stacked next season, unlike this campaign.