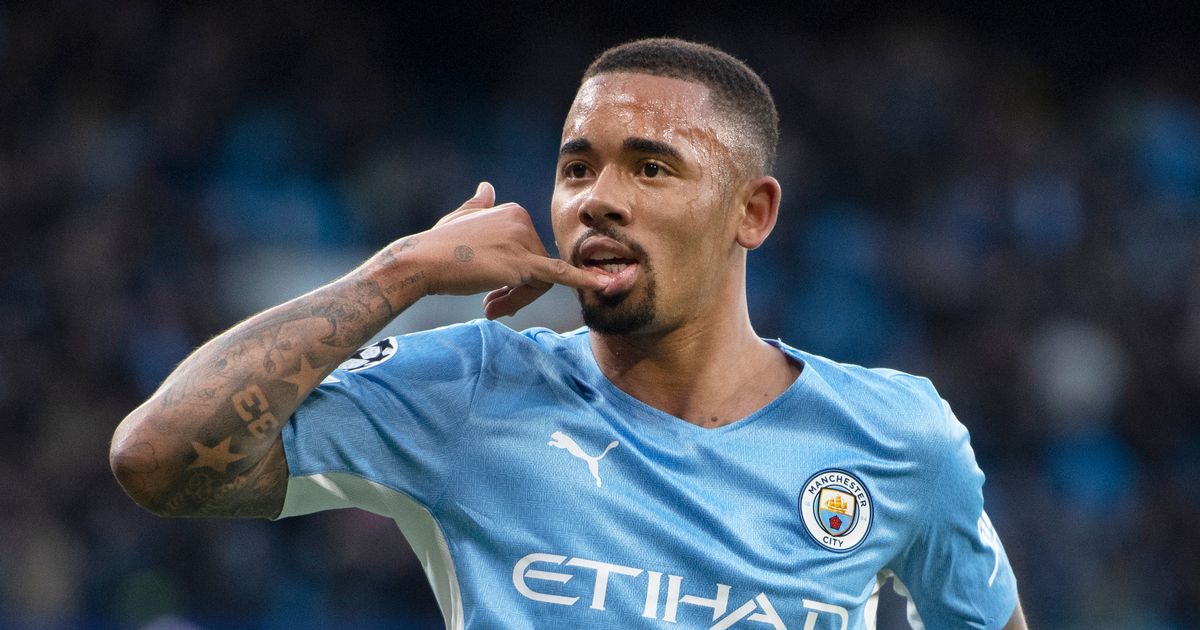 Outgoings from Pep Guardiola’s Manchester City squad rather than incomings seem to be dominating the conversation at the Etihad at the moment as the club look set to see a number of high-profile departures this summer.

City have already wrapped up the signing of one of Europe’s hottest properties with Norway striker Erling Haaland having agreed to join them from Borussia Dortmund in the summer.

Gabriel Jesus is one player who looks to be on his way out at City and while Arsenal looked to be in prime position to sign the striker a number of other clubs have reportedly expressed interested in the Brazilian which has left the Gunners in a tussle to secure the player’s signature this summer. Here’s the latest Man City transfer rumours.

Striker Jesus may have spent a long time on the fringes of City’s first team but he is in real demand now he looks like leaving. Arsenal remain in pole position to land the Brazil international, out of contract in 2023, given his decent relationship with Pep Guardiola’s former No 2 Mikel Arteta.

But with the prospect of Champions League football receding at the Emirates following defeats to Spurs and Newcastle, Jesus could look to Serie A for a move instead. The striker is keen to force his way into Brazil’s World Cup picture and Italian site Calcio Mercato says interest from AC Milan and possibly Juventus could challenge the Gunners.

Of the two it is Stefano Pioli’s Rossoneri who have made sustained contact with Jesus’s representatives to try and convince him to join their project. Newcastle are another side who could yet make a late intervention.

HAVE YOUR SAY! Who should City sign in the summer? Let us know in the comments section

Tottenham have emerged as contenders for the signature of Ilkay Gundogan with Antonio Conte said to be open to the idea of buying in Champions League experience.

The Mail revealed that the Germany international was has called time on his brilliant Etihad career and now HITC are reporting that he could be targeted by Spurs. A midfielder is high on the list of priorities for Conte, with cover needed for Rodrigo Bentancur and Pierre-Emile Hojbjerg. In a World Cup year, Harry Winks may want to depart and Oliver Skipp has been injured.

And with Gundogan, 31, looking for a fresh challenge away from City a year or two in London could suit a player who has connections in the capital.

Sports kit giants Puma and Adidas are to go head to head in a £50m bidding war over Erling Haaland according to Sports Illustrated. The German pair are both looking to convince City’s new signing on a personal sponsorship deal on equipment and clothing.

As the striking sensation’s deal with Nike ended earlier this year, two major sportswear giants are not surprisingly eyeing the youngster’s signature as they realise his potential global appeal. Along with France international Kylian Mbappe, City’s new striker is one of the hottest two properties in football with the set to inherit the crown from Cristiano Ronaldo and Lionel Messi as the most marketable duo in the sport.

City have boosted their summer transfer fund as defender Pedro Porro has completed a permanent transfer to Sporting Lisbon. Right-back Poro, 22, joined City for around £5.5million in 2019 from sister-club Girona before being loaned out to Real Valladolid for the season.

He then joined Sporting on loan in 2020 for a two-year spell and will make his move permanent after impressing in 72 appearances for the Portuguese side but has been shipped out by City.