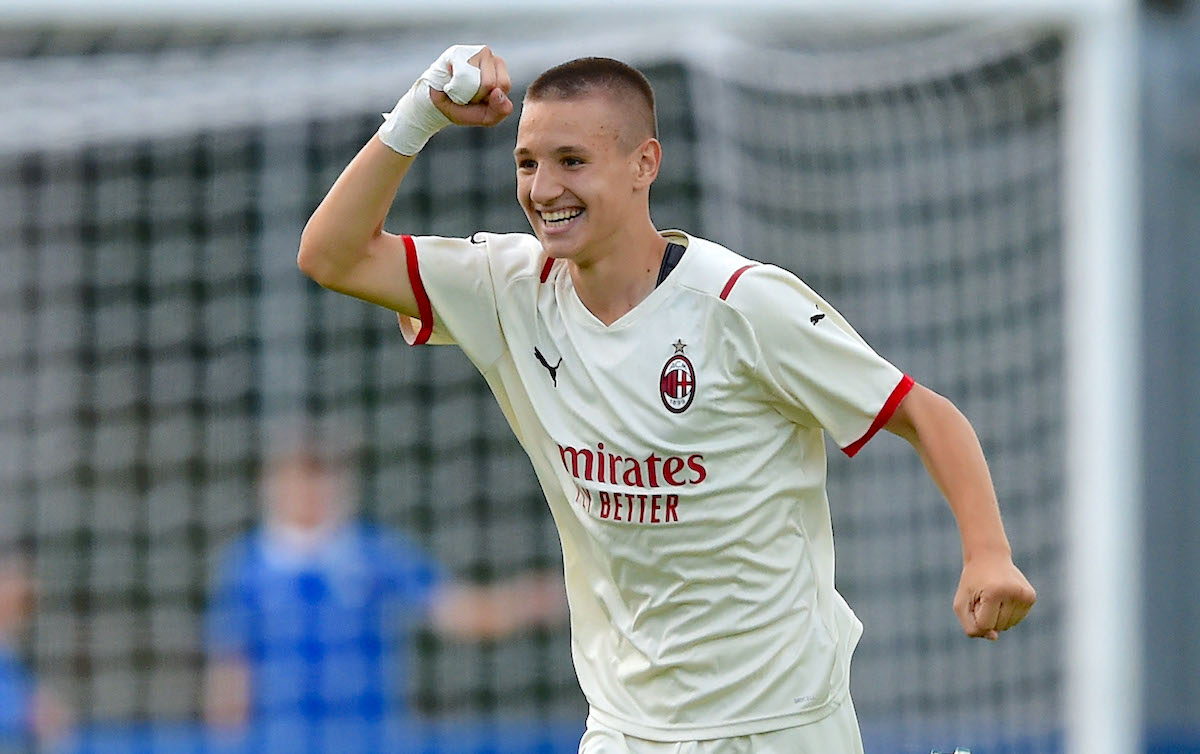 A 14-year-old goalscoring sensation named Francesco Camarda has begun training with the Primavera side after scoring over 400 goals in the youth ranks.

As has been reported by Milanlive.it, the young star seems set to be one of the next big things to come out of the Milan youth setup.

The Primavera team, coached by former defender Ignazio Abate, has welcomed three new players into training in the past few days. Two of them are 15-year-olds named Mattia Liberali and Nirash Perera.

The other is the 14-year-old Camarda who has really been capturing the imagination and causing a lot of excitement.

He is said to have scored more than 400 goals across the various Milan age groups so far  and that is why the club feel that he can handle the step up to the higher age group. The Primavera tends to be for players aged 17-19.

He also recently made his debut for Italy U15s and he scored a hat trick within 23 minutes against Latvia.