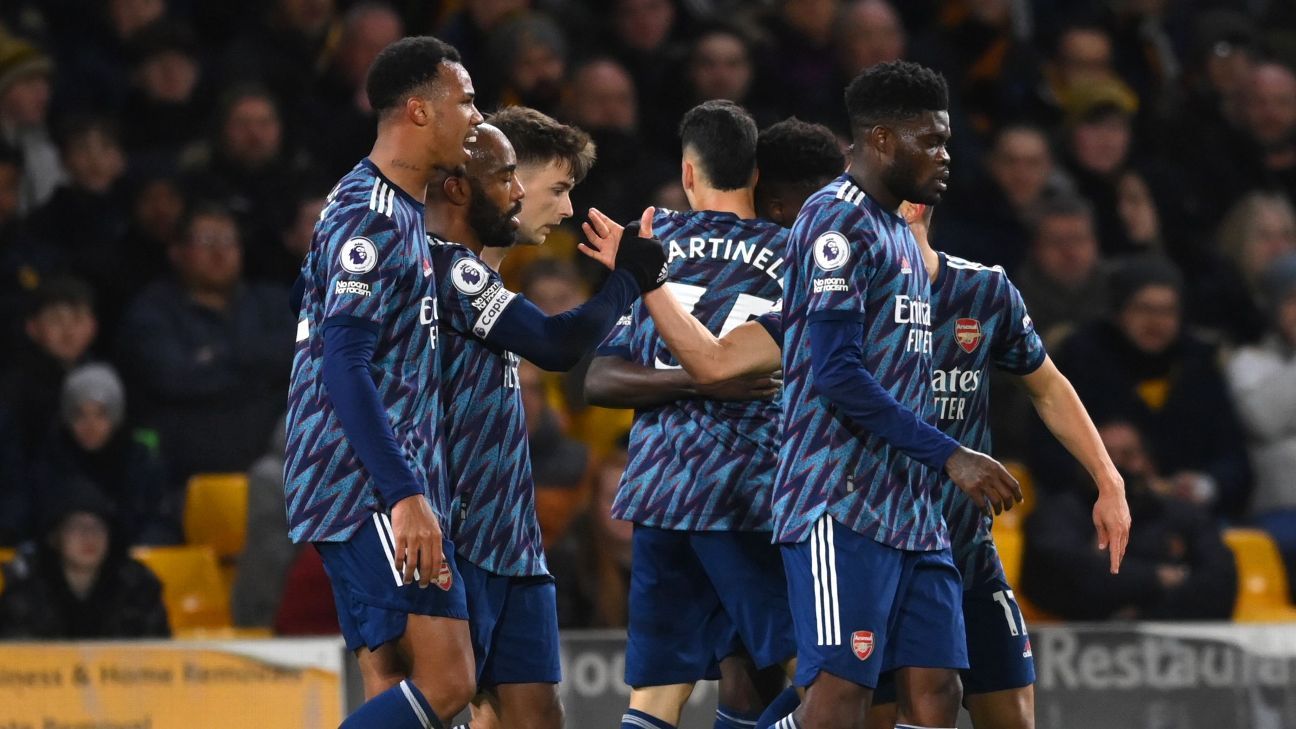 Arsenal beat Wolves at Molineux 1-0 on Thursday night in the Premier League thanks to a first-half Gabriel Magalhaes goal despite playing much of the second half down a man.

Arsenal took the lead in the 25th minute when Gabriel poked home from close range after a goalmouth scramble following a corner kick by the visitors. It was Arsenal’s first goal in all competitions since Bukayo Saka scored in a 2-1 loss to Manchester City on New Year’s Day.

Saka nearly teed Alexandre Lacazette up for Arsenal’s second just before half-time after a nice team move, but the France forward’s first-time shot was right at Wolves keeper Jose Sa and the Gunners settled for a 1-0 lead at the break.

A frantic second half saw Mikel Arteta’s side left to finish with 10 players after Gabriel Martinelli was shown two yellow cards in succession and was sent off in the 69th minute.

It was Arsenal’s 12th red card since Arteta’s first match in charge in December of 2019, by far the most in the Premier League in that span with Brighton and Hove Albion and Southampton a distant second with seven each.

Despite going down a man, Lacazette found himself in on goal seconds later with only Sa to beat, but his curling effort on Wolves goal flew just outside of the far post.

The hosts took advantage of the extra man and piled on the pressure to the Gunners defence in the final 10 minutes with Aaron Ramsdale making a nice reflex save and Rob Holding clearing a goalbound effort off the line.