Kalulu's agent in Italy for discussion with Milan management

Almost 11 months since his last competitive appearance, Mesut Ozil’s much-anticipated return to football came this week when he made his debut for Fenerbahce.

The former Arsenal playmaker, who joined the Turkish club as a free agent last month, came off the bench for the final 15 minutes of Wednesday’s 2-1 away win over Hatayspor.

Ozil, 32, ventured on to the pitch wearing the No. 67 jersey. Previously No.10 at Real Madrid and Arsenal, Ozil plumped for the No.67 at Fener as a nostalgic reference to the postal code of his family’s hometown of Zonguldak in northern Turkey.

While high squad numbers have been commonplace in other sports in the U.S. and elsewhere for years, it’s rare to see a marquee signing in soccer willingly choose to be listed in the 20s, 30s or beyond. Here’s a look at some of the other players who have selected odd squad numbers in the past, and their reasons for doing so. 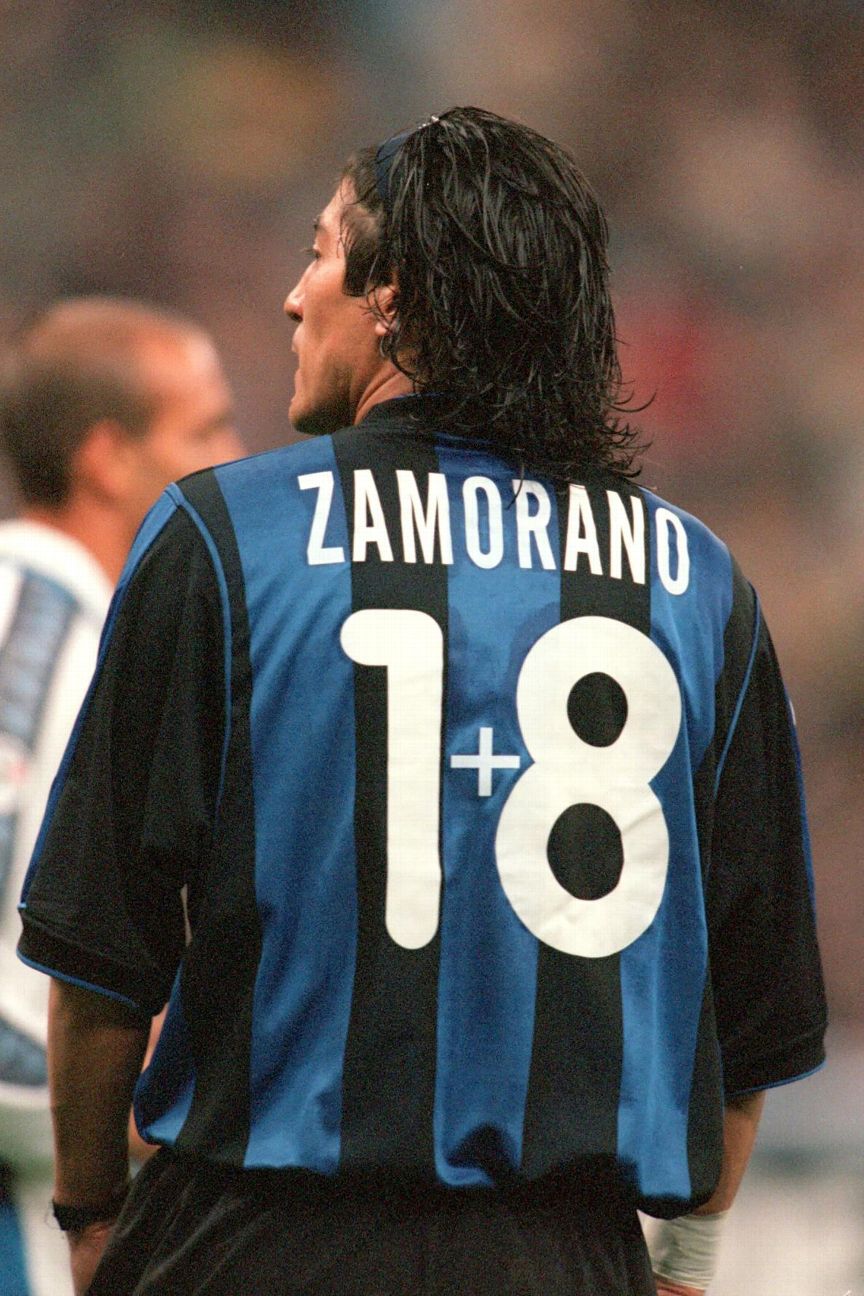 Zamorano, one of the most formidable strikers in the world, wore his favoured No. 9 shirt when he moved from Real Madrid to Inter Milan in 1996. The following year, the Italian side broke the world transfer record to acquire Brazil star Ronaldo, who took the No. 10 jersey. All was fine and balanced, until Robert Baggio arrived in 1998 and wanted Ronaldo’s number. Ronaldo was then shifted to No. 9 and, while Zamorano took the exchange with good grace, he wasn’t prepared to fully surrender his lucky number and instead conjured up a ruse to ensure he still *technically* had the No.9 on his back. All it took was a rummage around the spare vinyl lettering in the kit man’s workshop and the application of some simple arithmetic. 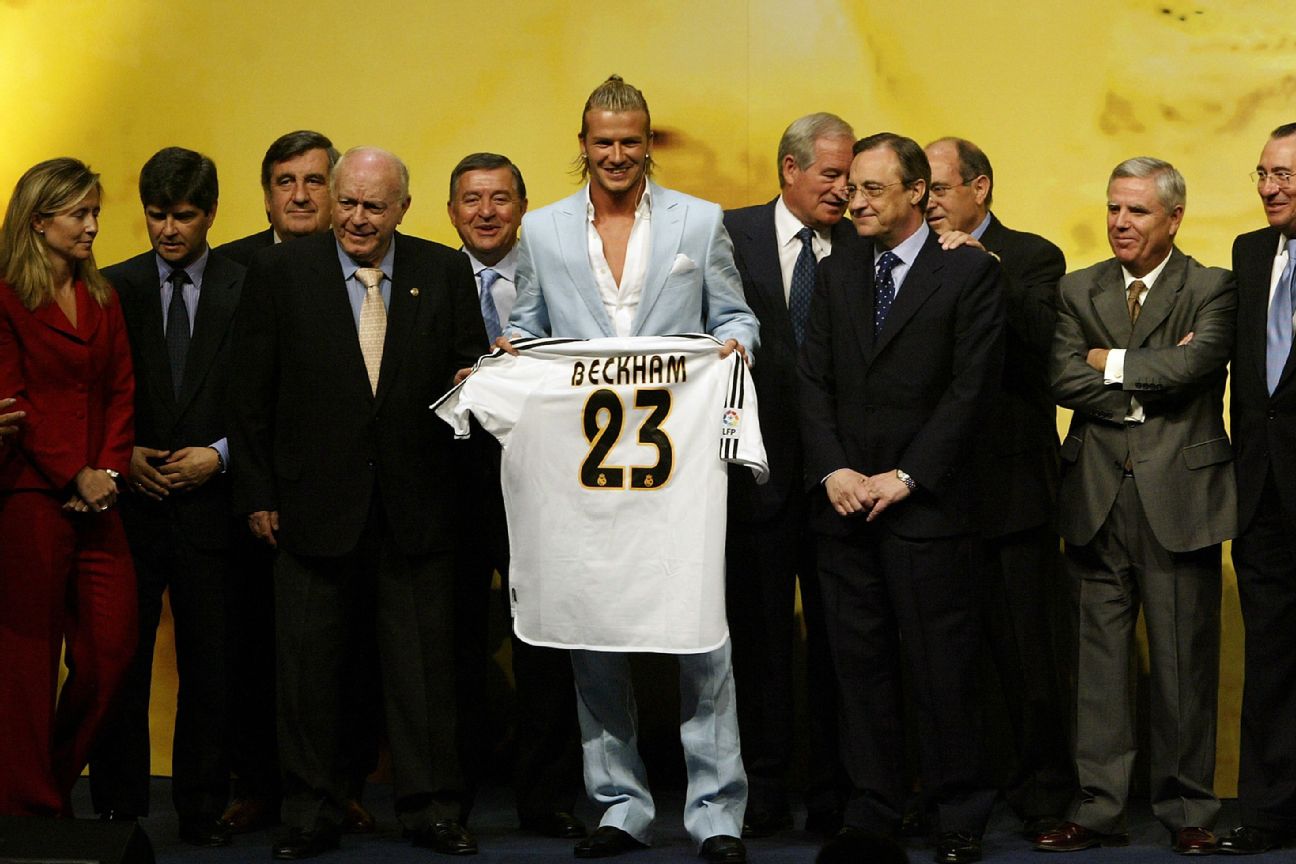 Beckham, having worn the fabled No.7 for Manchester United, was unable to take that number when made his big switch to Real Madrid in 2003 because it already taken by Los Blancos star striker Raul. Sporting director Jorge Valdano, offered Beckham No.4 or No.23, with the England international choosing the latter on the basis on his wife Victoria’s suggestion that “it never did Michael Jordan any harm.” He went on to wear the No.23 shirt for LA Galaxy too, before swapping to No.32 during his subsequent loan stints with AC Milan and Paris Saint-Germain. 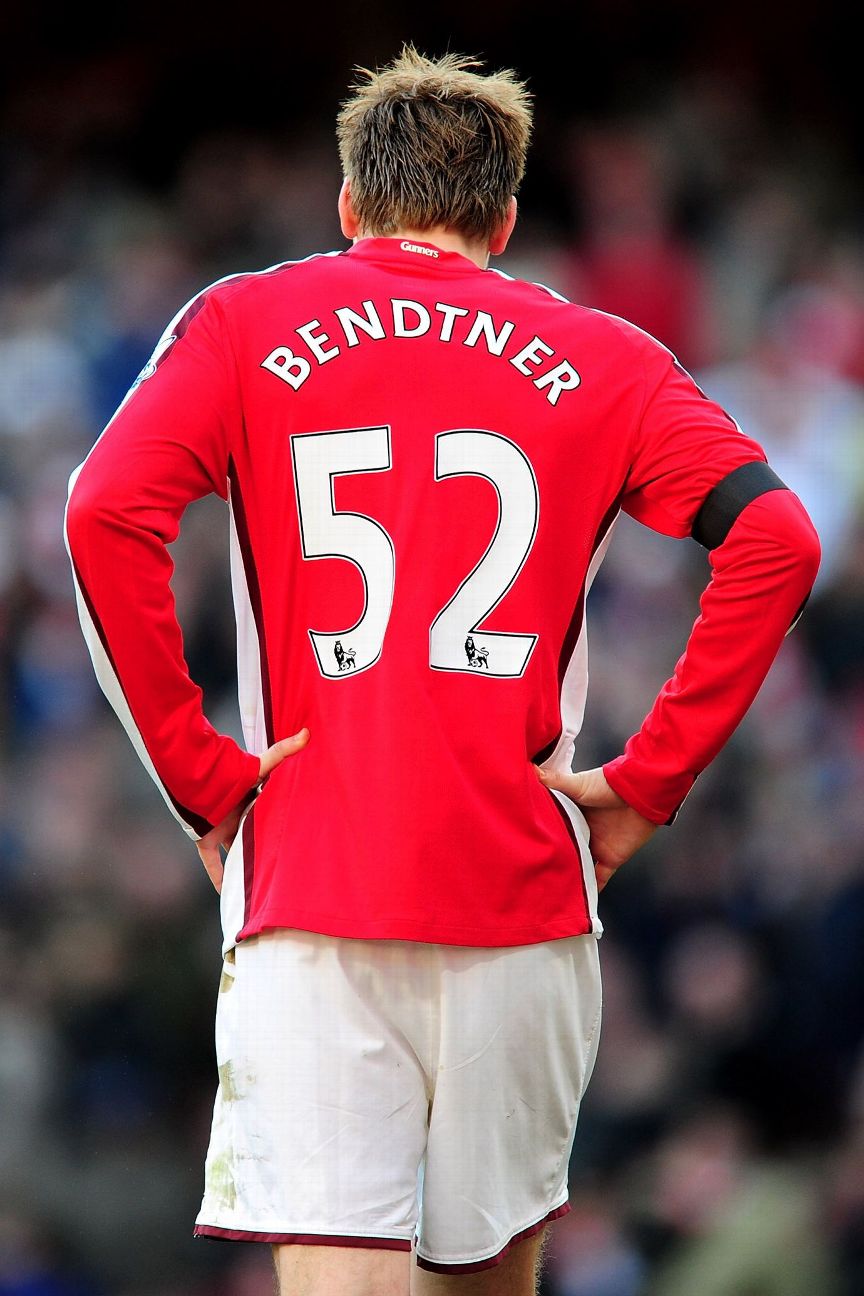 Right before the start of the 2009-10 season, Arsenal striker Bendtner decided to double his squad number up from No.26 to No.52. As you might expect, several fans were left aggrieved, especially those who had already forked out for a replica shirt with “Bendtner No.26” on the back. However, the forward did offer to personally reimburse anybody who had made the error.

As the Denmark international later explained in “Both Sides,” his autobiography: “I switch from the No 26 jersey to No 52 jersey because of a professional fortune-teller my mum knows. Or a clairvoyant, as she calls herself. She thinks 26 is a s— number for me, because 2 + 6 = 8, which is my so-called ‘bad number’. She’s found this out… somehow. According to the friend, 7 is my lucky number. My strength number. Unfortunately, 7 is already taken. And 25 (2 + 5 = 7) was Adebayor’s, which means it’s all tied up with bad karma. We settle for 52 in the end. When it’s made official, everyone thinks it’s a hint about my new wages: £52,000 a week.” 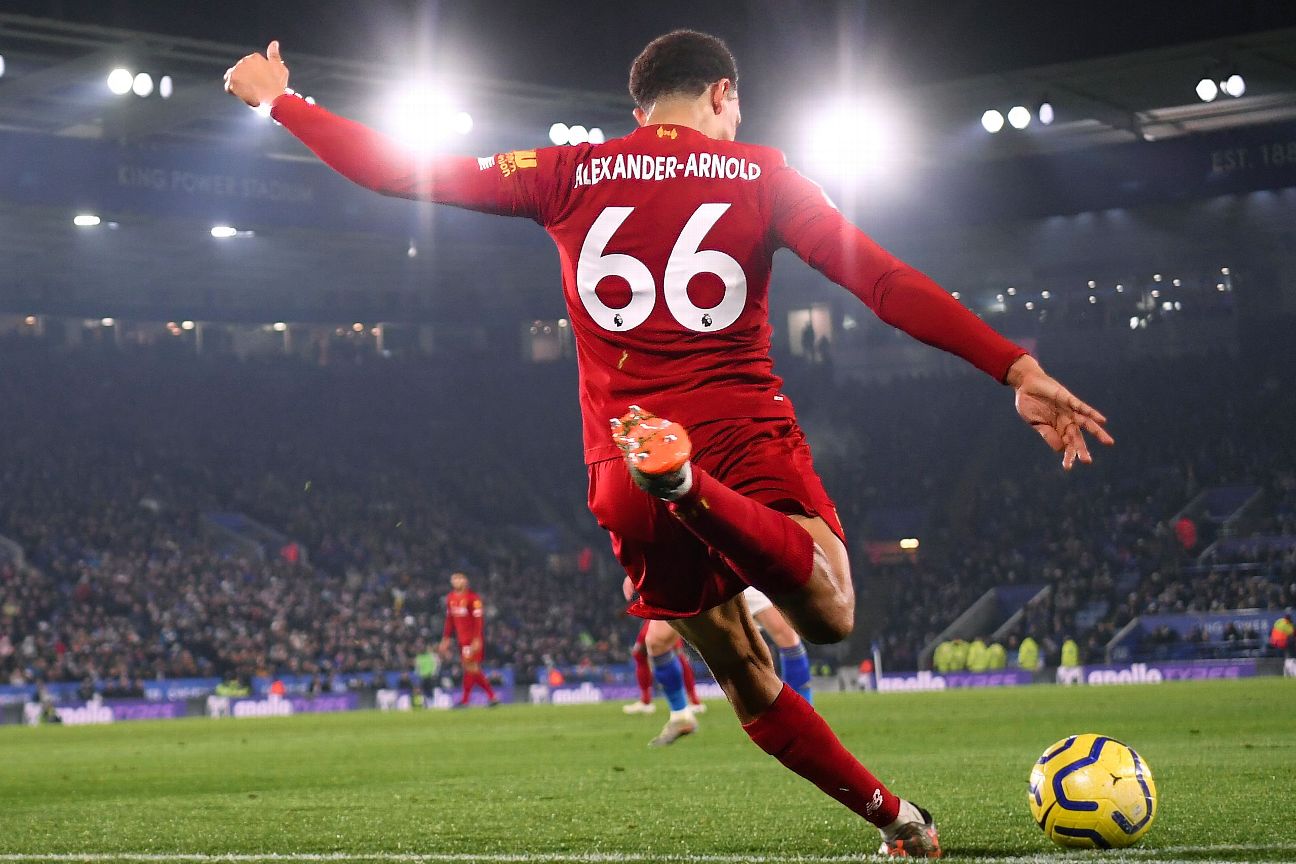 He may be well established as Liverpool’s first-choice right-back, as well as being a Premier League and Champions League winner, but Alexander-Arnold still eschews the more orthodox No.2 shirt in favour of his old No.66 squad number. As revealed by the Reds’ kitman, Lee Radcliffe, the number doesn’t hold any specific cache for Alexander-Arnold, nor is it an attempt to forge some kind of numeric identity for himself.

“When you see him now lifting trophies and celebrating with No.66 on the back, it’s a weird feeling and I can’t really describe it,” Radcliffe said. “It’s weird to see such a high number and for someone to be happy with it! “Someone like Trent has just been happy to be around the first team and obviously doesn’t realise how good he is. He doesn’t really ask for anything, to be honest. I think he’s that laidback that he’s obviously been given the number and thought, ‘Yeah, that’ll do me. I’ll keep that,’ and not realised how iconic it’s become over the years.” 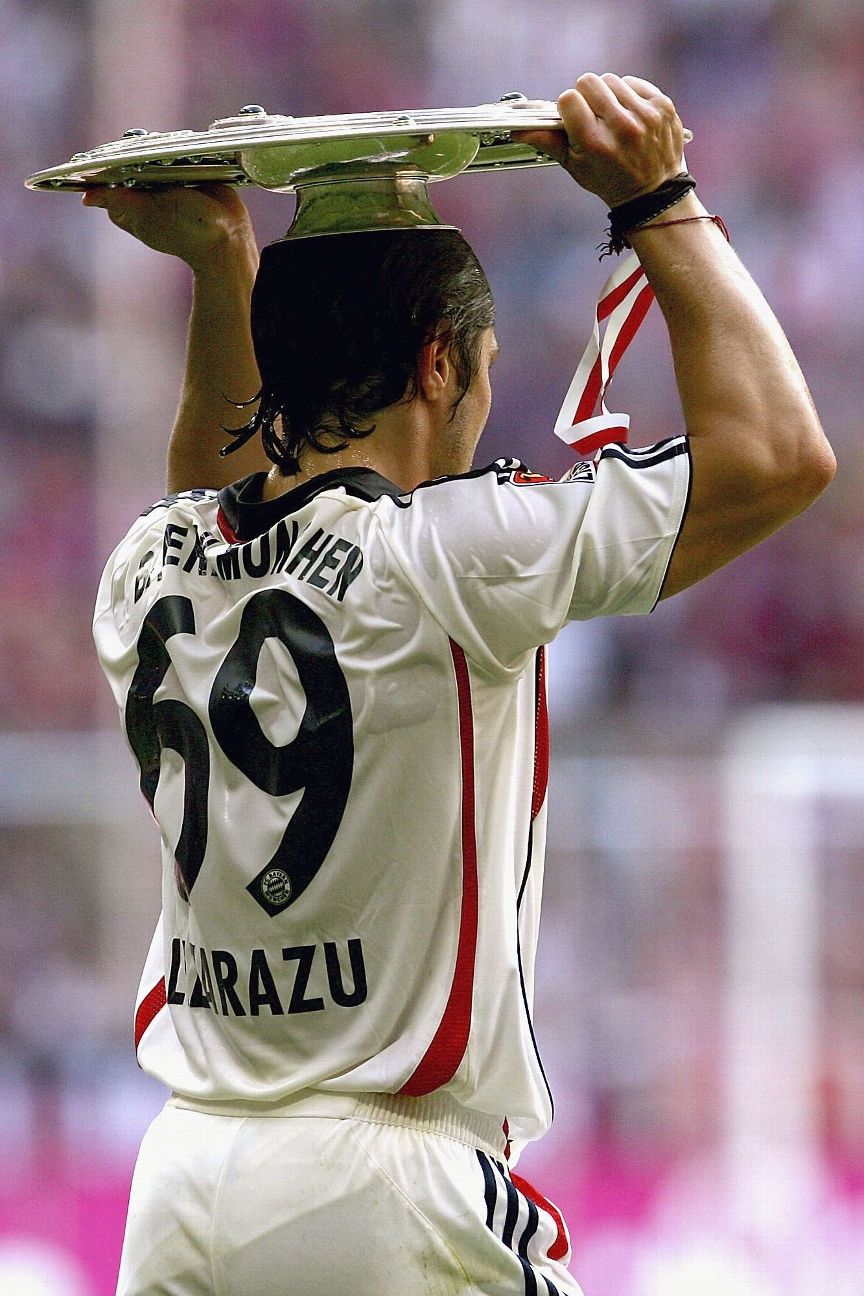 Lizarazu wore the traditional No.3 left-back’s jersey with great esteem at the peak of his career with Bayern Munich. He then left to spend six months at Marseille in his native France, before returning to the Bundesliga giants for one last tour of duty ahead of the 2005-06 season. However, with his famous No.3 shirt having transferred to Brazilian centre-half Lucio in his absence, Lizarazu was forced to choose a new number for himself. The veteran full-back, aged 35 at the time, picked No.69 which he maintained was simply a reference to his year of birth (1969), his height (1.69 metres), and his weight (69 kg). 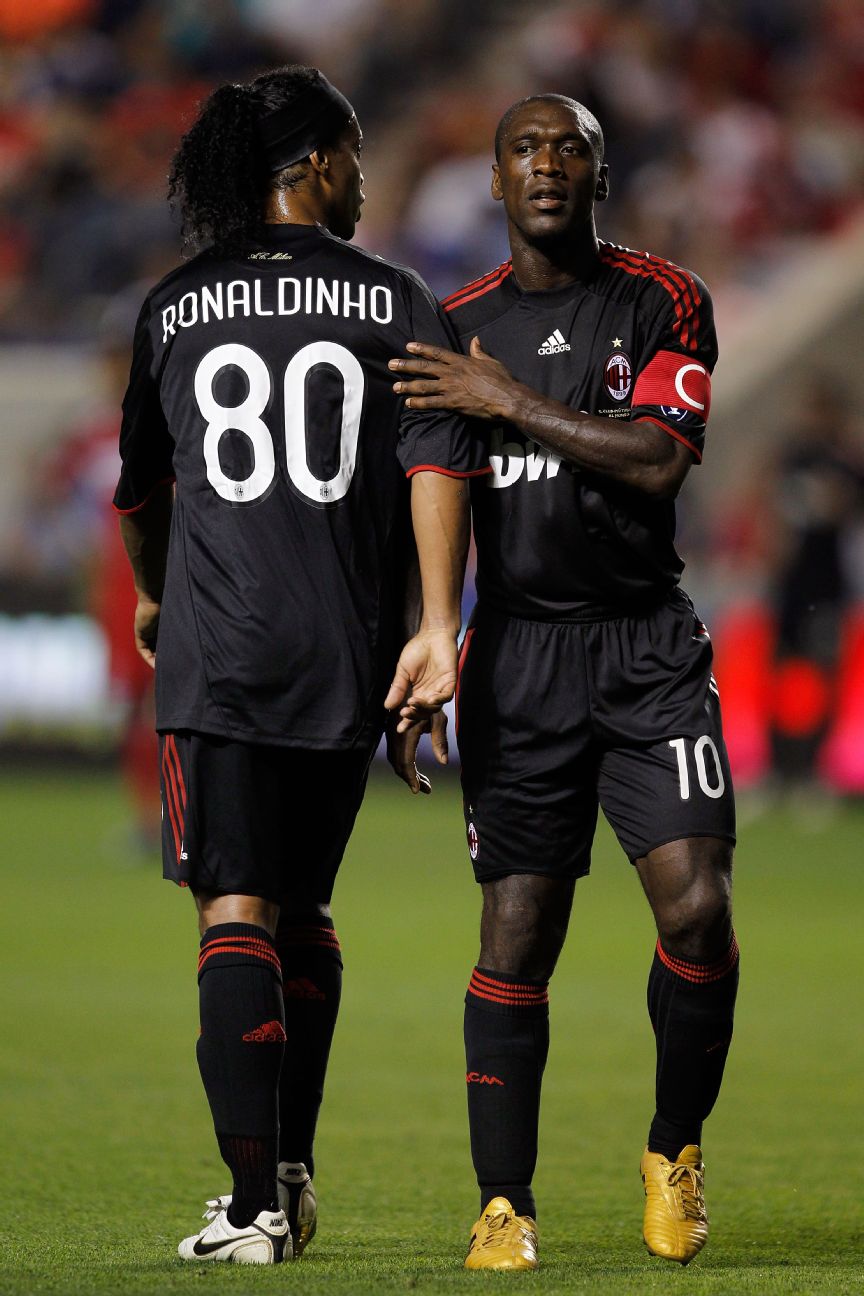 When Ronaldinho pitched up at AC Milan in 2008, he initially requested the No.10 shirt he’d worn with such distinction at Barcelona, which had also become part of his personal branding (“R10”). Unfortunately, Clarence Seedorf already had that number at Milan and wasn’t keen to give it up. Indeed, Milan also had an unwritten rule that prevented their players from chopping and changing shirt numbers. The Brazilian forward duly plumped for No.80 instead, in reference to his year of birth. As influential as ever, Ronaldinho’s ploy of playing his date of birth on his back was copied by two other Milan signings that same summer, with the returning Andriy Shevchenko picking the No.76 shirt and midfielder Mathieu Flamini opting for No.84.

Not many footballers have successfully incorporated a decimal point into their shirt number, but Finnish midfielder Lehkuosuo did exactly that after agreeing a sponsorship deal with a local radio station. As such, the HJK Helsinki man wore the No.96.2 shirt in reference to the frequency of the station in question. However, the deal was short-lived and came to an end when UEFA regulations prohibited Lehkuosuo from wearing his unsanctioned shirt in Champions League games. 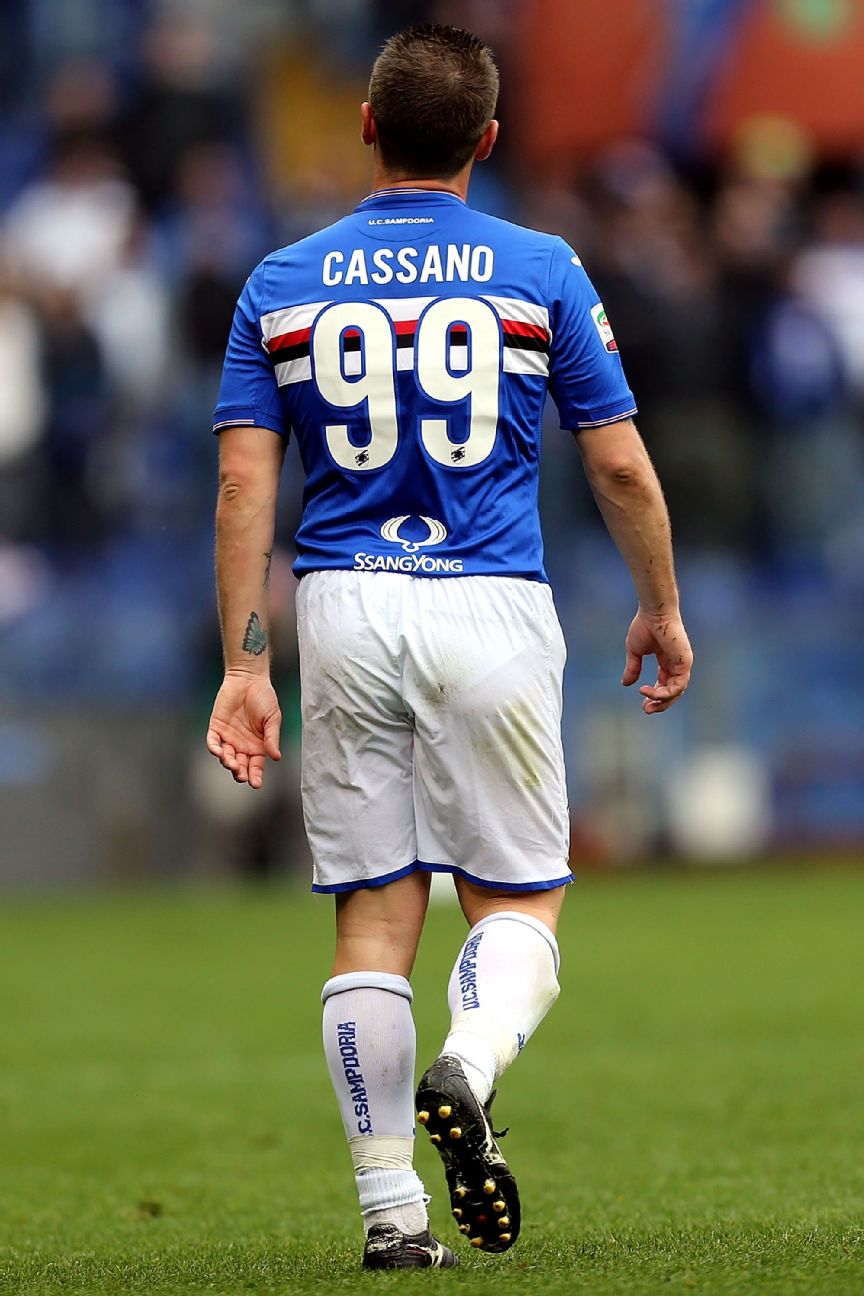 Never one to bow to convention, Cassano proudly wore the No.99 shirt during his time at Sampdoria. The striker had wanted the No.18 as his first choice shirt number (because 9 plus 9 equals 18), but that was already taken by Hungarian winger Vladimir Koman. Unfortunately, his second choice, the No.10, was also already being worn by Francesco Flachi. Forced to resort to his third choice, Cassano settled on No.99, revealing as he was presented as a Sampdoria player that it was partly in homage to Brazilian powerhouse Ronaldo, who was wearing the same number over at AC Milan at the time. 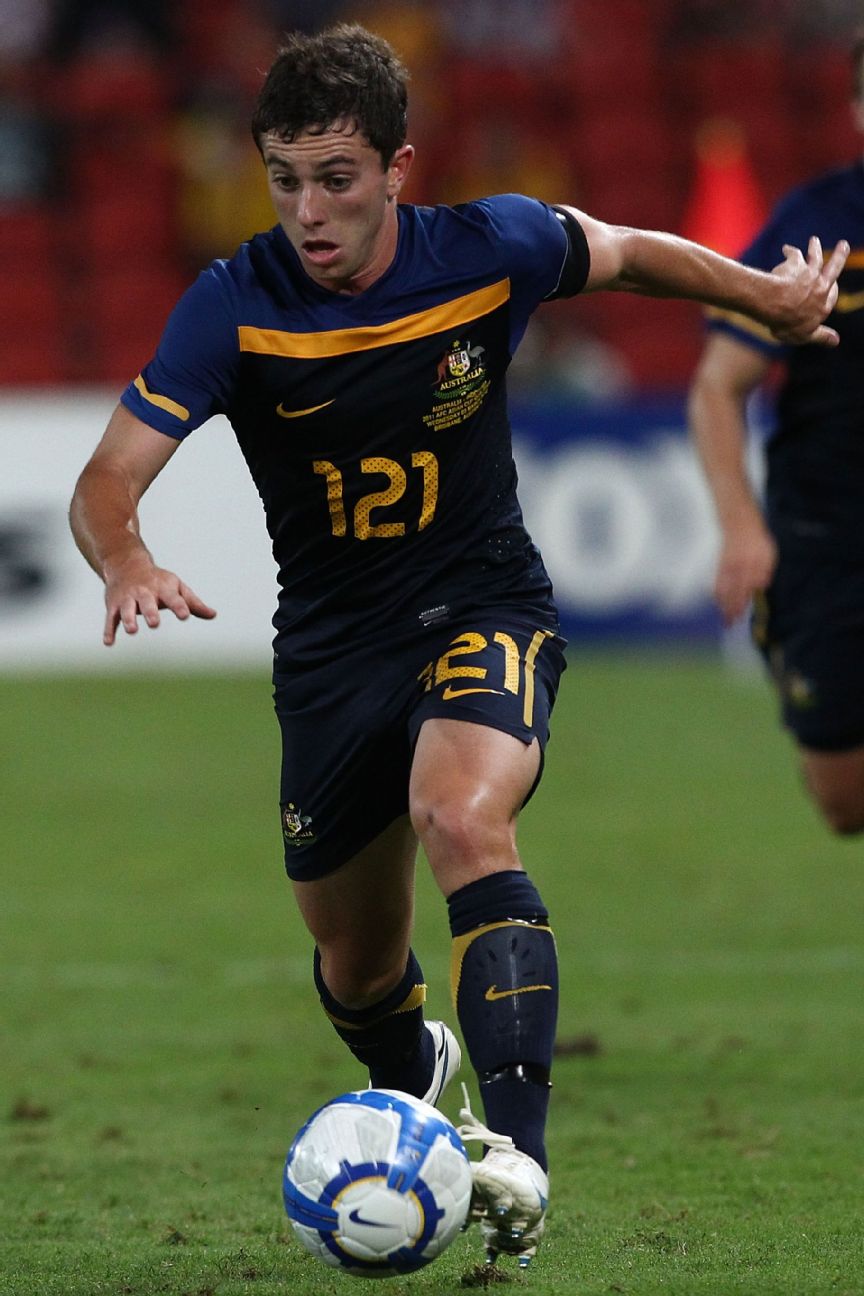 Australian midfielder Oar famously, or perhaps infamously, wore the No.121 jersey on his international debut during an Asian qualifier against Indonesia in 2010. In a squad that already boasted a No.60, 61, 66 and 89, somehow it was Oar who still managed to take to the pitch wearing the most ridiculous number of all. As bizarre as it may sound, it was a direct result of the Asian Football Confederation rules dictating that all players likely to be used are to be designated a shirt number that they must keep for the entirety of the qualifying campaign. We can only surmise that Socceroos coach Pim Verbeek wasn’t overly confident that Oar would be called on at any point. 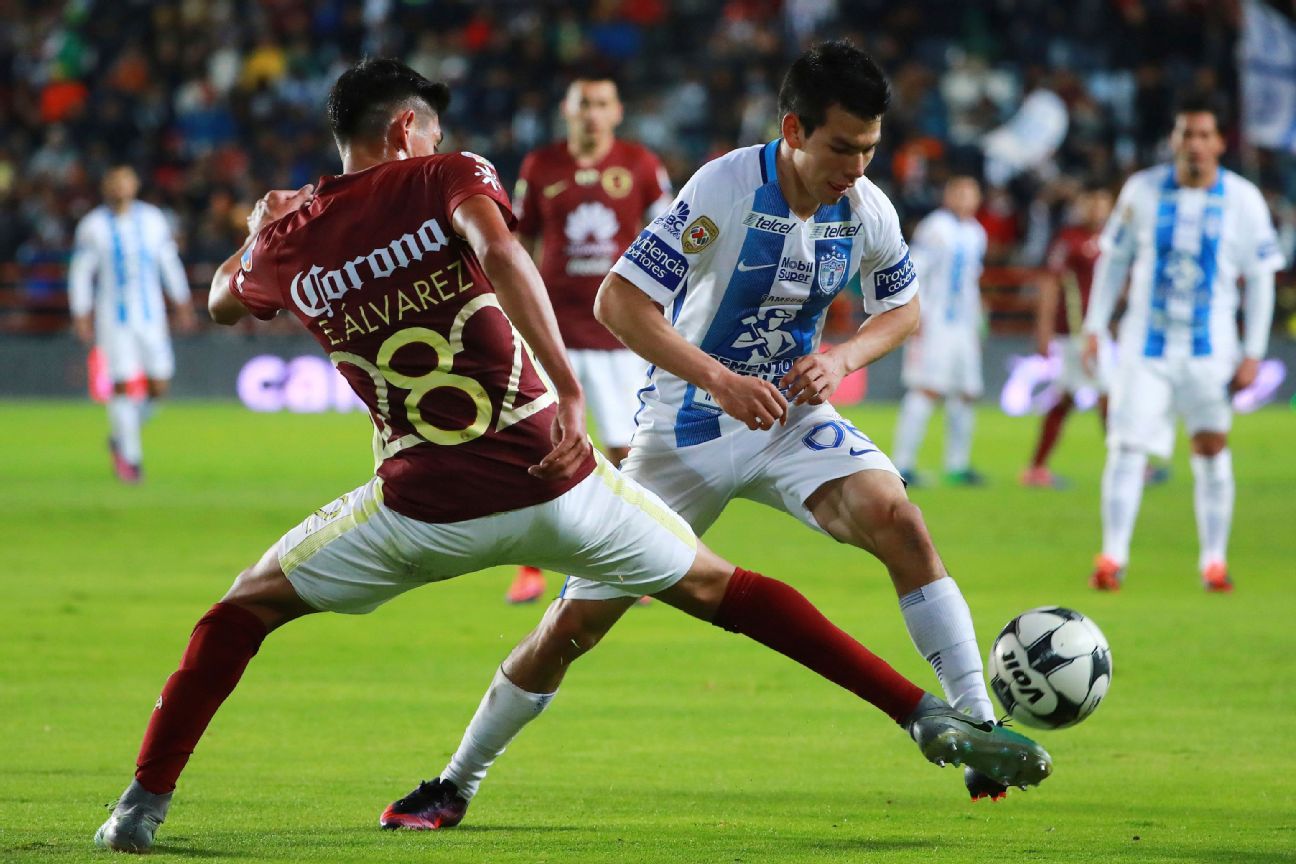 Alvarez is another of a select group of players to have played with not one, not two, but three digits on his back. The centre-back emerged wearing the No. 282 shirt when he made his debut for Club America in 2016 at the age of 19. This is due to the rule in Liga MX that all players, even those in the reserve and youth teams, must be assigned a number. Hence, Alvarez made his rapid rise while retaining his three-digit number. The Mexico international, who signed for Ajax in 2019, now wears the No. 4 for club and country.