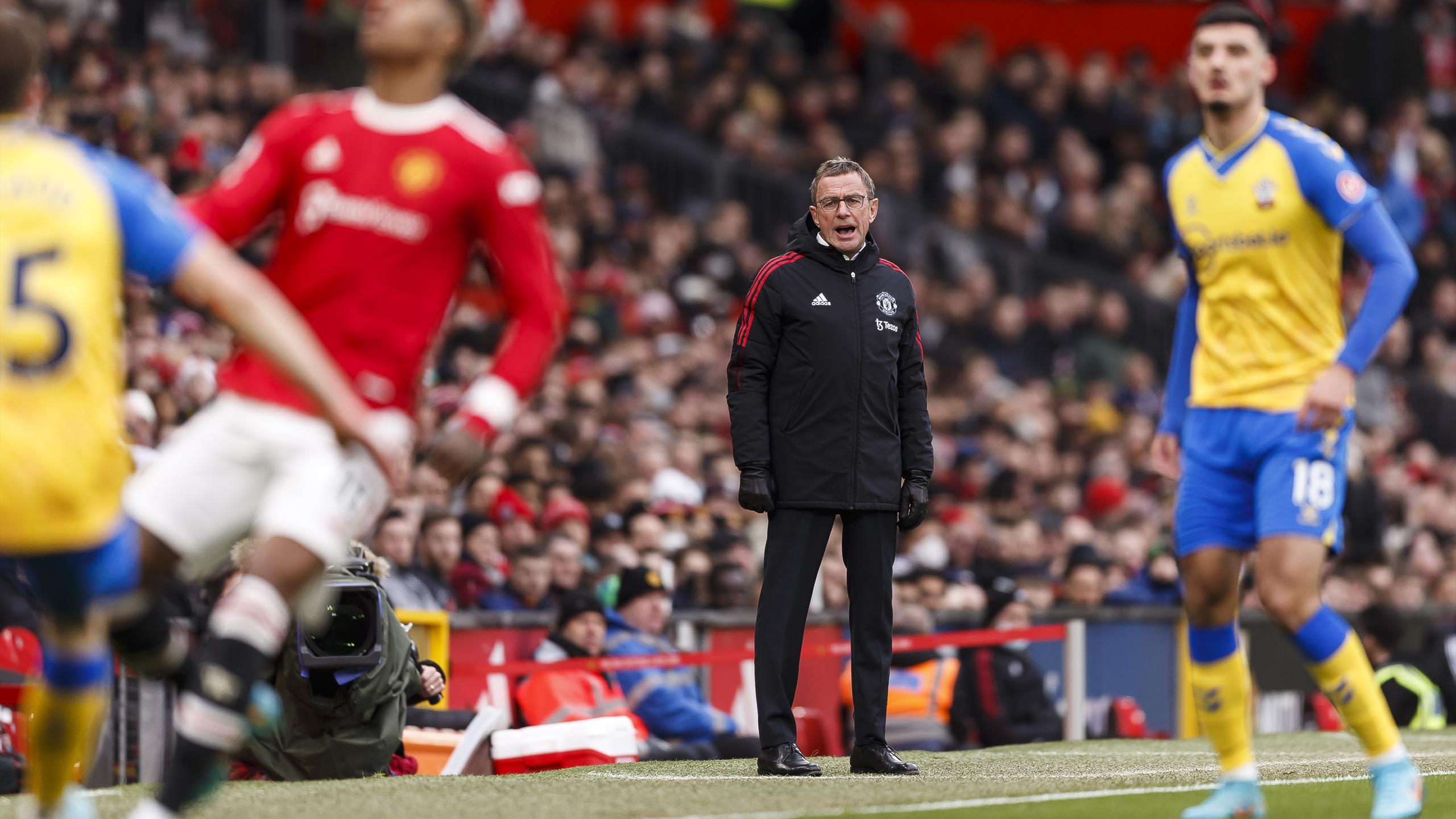 Jadon Sancho gave United the lead in the 21st minute with a tidy, close-range finish, but Che Adams levelled the scores three minutes into the second half to give the Saints a well-deserved share of the spoils.

He told BT Sport: “It was very similar to the last couple of games; we were very good in the first half hour where we did all the things that we intended to do with the counter-attacks, and our deep runs.

“In exactly that way, we created that goal and prepared for that goal. It was a great goal in all aspects, but we stopped playing like that, at the end of the first half we didn’t do those things anymore.

“In the last 20 minutes, we had enough big chances to score again. The expected goal ratio was clearly in our favour, but at the end, we didn’t get the result that we wanted to.”

Rangnick could not pinpoint why United’s standards dropped off after the break, but praised Southampton for their tactical astuteness under Ralph Hasenhuttl.

“Well, on the one hand, we also have to respect the other team,” Rangnick said. “Southampton played well and with the same intensity and tactical approach that they did against Tottenham.

“This is not an easy team to play against, but we lost a little bit of composure and made the wrong decisions. Sometimes we did that under pressure, sometimes not, and it is where we have to get better.

“It was the fourth game out of the last five or six games where we were one 1 or 2-0 up and didn’t get the three points. This is six points dropped if you add Aston Villa, Burnley and the game today together.

“It can happen, but you can’t lose six points [from those positions] – a maximum of four points. This is why we’re disappointed, but we have to look forward and be better on Tuesday against Brighton.”

One of the few shining lights from a Red Devils perspective was Sancho’s performance, and the German believes that the former Borussia Dortmund man is playing his best football so far in a United shirt.

“Jadon is in good shape, not only in the first half, but he had his good moments in the second half too,” Rangnick said. “I’m very pleased with Jadon’s performances in the last couple of weeks.

“This is the Jadon Sancho I know from the German Bundesliga. There is still more space for improvement, but in the way he’s playing now, he’s probably the best Jadon Sancho Manchester United has seen so far.”