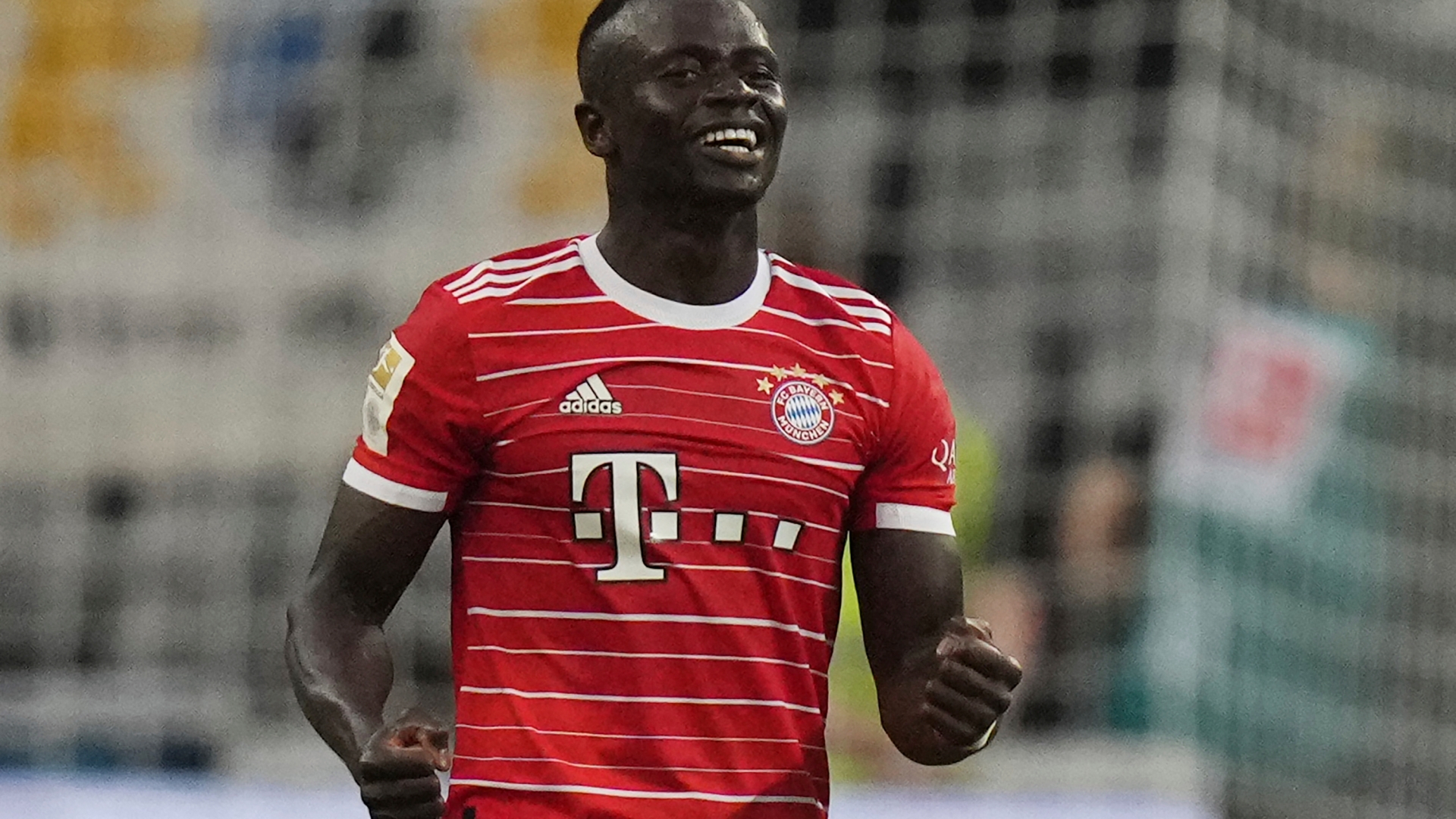 FORMER Liverpool superstar Sadio Mane’s stint with Bayern Munich kicked off on the right foot with a goal on his debut.

Mane, 30, joined Bayern this summer following a £35million deal with the Reds, which ended a six-year stint at Anfield.

The winger proved he means business in Bavaria as he hit the back of the net on his Bundesliga bow and helped the German champions demolish Eintracht Frankfurt 6-1 at the Deutsche Bank Park.

The Senegal international scored Bayern’s third goal after just 29 minutes when former Arsenal ace Serge Gnabry set him up for a clinical header inside the area.

Bayern dominated throughout the entire game and opened the scoring in the fifth minute with Joshua Kimmich before Benjamin Pavard doubled their lead just five minutes later.

Mane’s header put the game to bed before Jamal Musiala and Gnabry’s goal on 35 and 43 minutes respectively sent Julian Nagelsmann’s men back to the dressing room with a five-goal lead.

Eintracht got one in on 64 minutes with Randal Kolo Muani but it was already too late.

Musiala completed his brace seven minutes before full-time to cap a stunning start to the season for Bayern.

The Bavarians’ dominant performance proved they are not missing star man Robert Lewandowski.

Lewandowski scored a staggering total of 344 goals in 375 appearances throughout his eight-year stint in Munich.

However, the star striker left Bayern for Barcelona following a dramatic summer exit.

Mane was seen as a replacement for the Poland international after registering a total of 120 goals and 48 assists in 269 games for Liverpool.