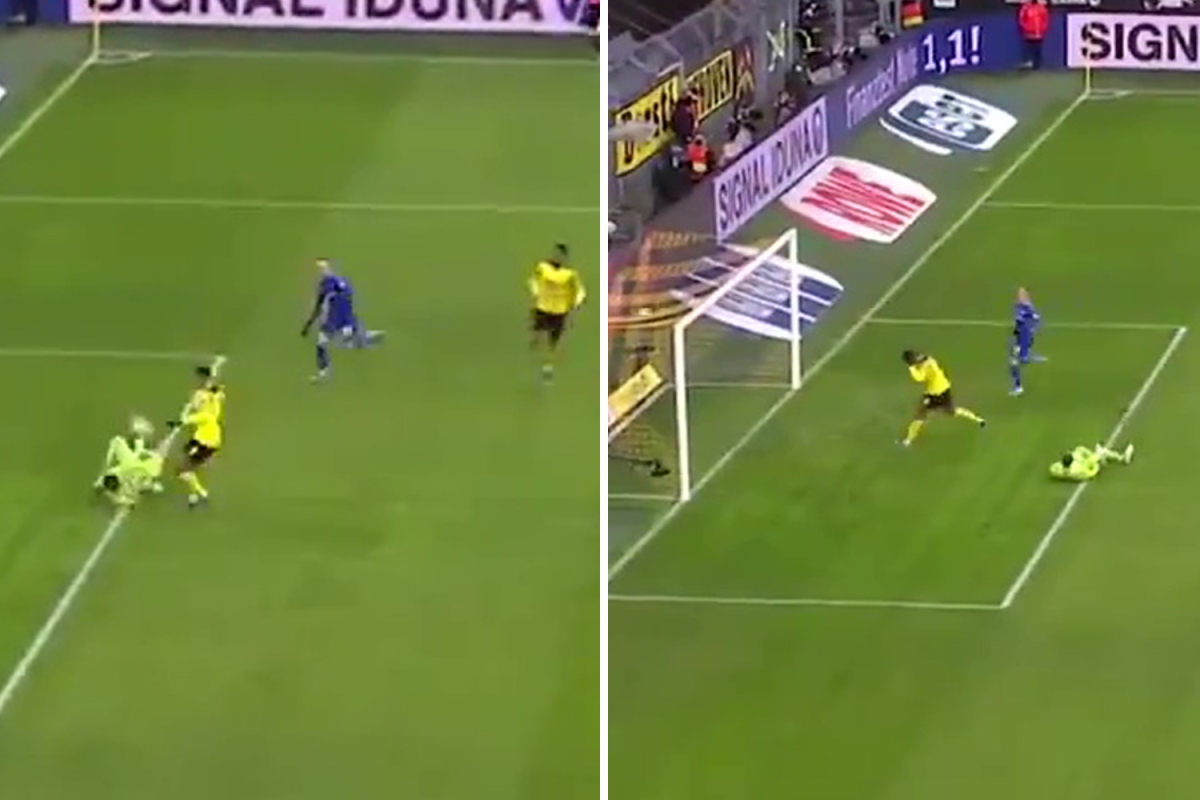 BORUSSIA DORTMUND were left red-faced as they scored a comical own-goal against Bayer Leverkusen.

But their day got even worse as they were eventually smashed 5-2 at home by their Bundesliga rivals.

But they started in terrible fashion with a nightmare own-goal after just 10 minutes.

Some dodgy Dortmund defending allowed Leverkusen to break into the box and fire a shot at goal.

The effort was saved by Dortmund goalie Gregor Kobel.

But he managed to palm the ball straight into onrushing teammate Manuel Akanji.

And the Swiss defender couldn’t stop himself from planting the ball into the back of his own net.

However, Dortmund regrouped and managed to pull one back just six minutes later when Leverkusen’s Jeremie Frimpong also scored an own-goal.

Yet Dortmund were undone in the 20th minute by a superb counter-attack which was finished off with aplomb by highly-rated midfielder Florian Wirtz.

Leverkusen went 3-1 up in the 28th minute when Robert Andrich curled in a beautiful free-kick.

And it was 4-1 to the visitors in the 53rd minute when Jonathan Tah fired home a powerful volley.

But Dortmund managed to save a little face when Steffen Tigges’ 89th minute effort ensured a final score of 5-2.

The result means Leverkusen are now five points off second-place Dortmund, while also increasing their hold on a Champions League spot to five points.