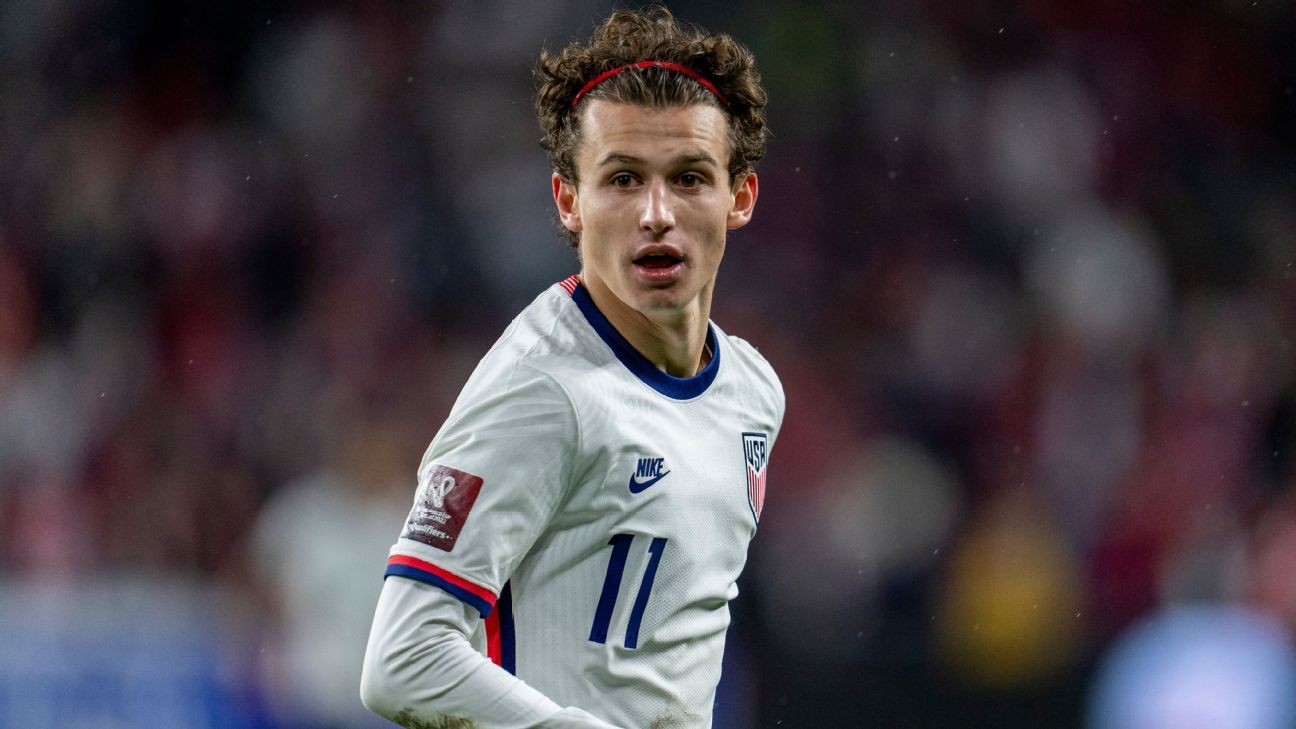 Red Bull Salzburg and United States midfielder Brenden Aaronson is on the cusp of moving to Premier League side Leeds United for a fee of $29.5 million, a source with knowledge of the negotiations told ESPN.

MLSSoccer.com was the first to report the news.

Aaronson has been on Leeds’ radar since the winter transfer window, but a combination of Salzburg’s continued participation in the UEFA Champions League and Leeds’ potential relegation put the deal on hold.

However, Leeds’ Premier League survival was clinched on Sunday as they beat Brentford 2-1 while Burnley, who entered the day ahead of Leeds on goal differential, lost at home to Newcastle United. Now the deal can go ahead, with Aaronson poised to be reunited with manager Jesse Marsch after the two worked together at Salzburg.

The transfer will also amount to a windfall to Aaronson’s former club, the Philadelphia Union, with ESPN television analyst Taylor Twellman reporting that the Union will receive $5.3m courtesy of a sell-on fee.

Aaronson has seen his stock rise dramatically from the moment he first signed for the Union out of the club’s academy in September of 2018. He was named to the MLS Best XI following the 2020 season, a campaign in which he helped lead the Union to the Supporters Shield with four goals and seven assists in 23 league appearances.

He joined Salzburg in January of 2021, and helped the club win two domestic league and cup doubles, scoring 13 goals in 66 league and cup appearances.

Aaronson has broken through at international level as well, scoring five goals in 18 appearances, and helping the U.S. qualify for the 2022 World Cup in Qatar.