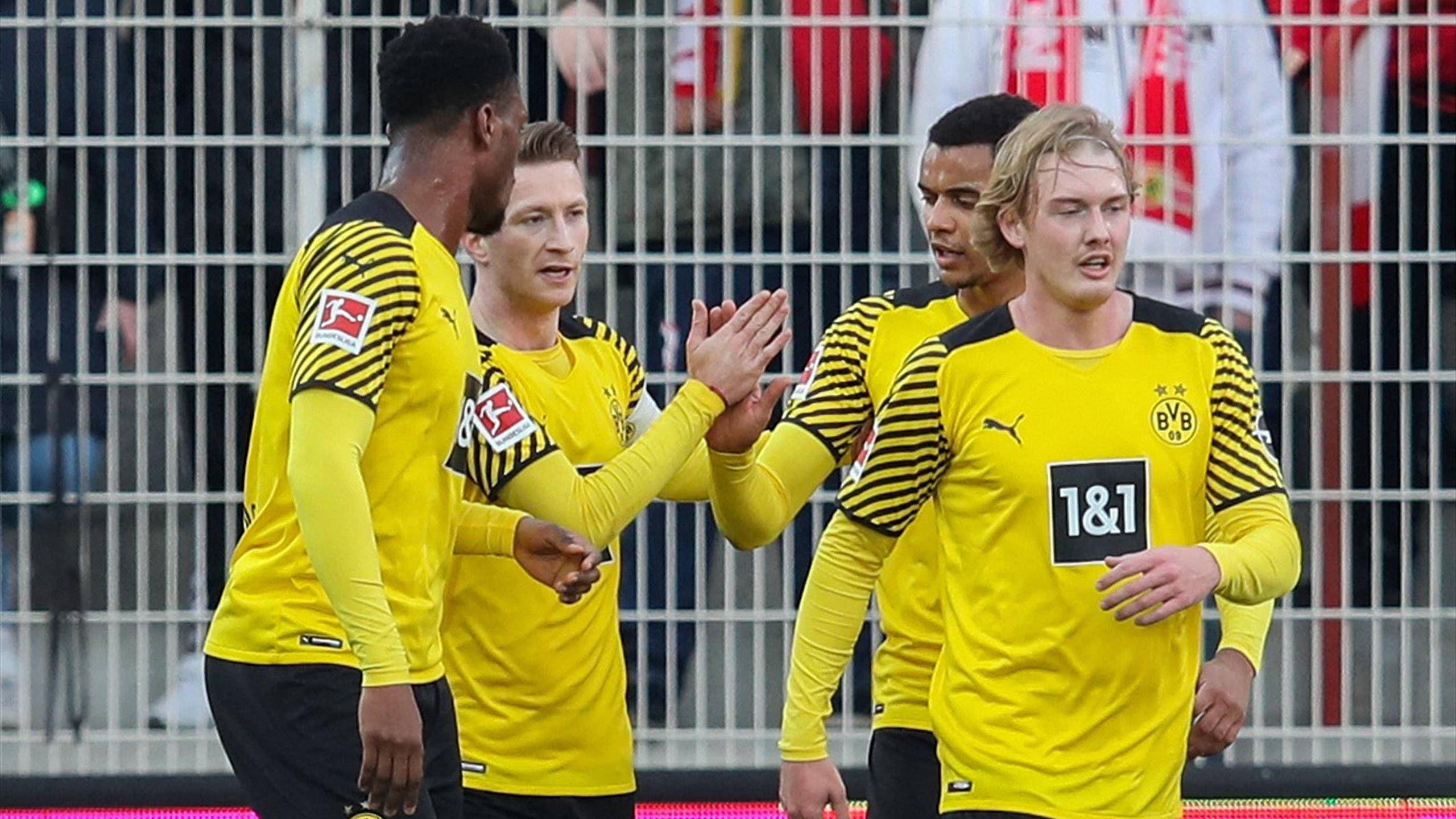 With Erling Haaland out with a muscular injury, the veteran forward took on extra responsibility and opened the scoring in the 18th minute driving a ball under Union keeper Andreas Luthe for his 150th goal in a Dortmund shirt.

Seven minutes later, he picked up a loose ball 25 yards from goal and rounded Luthe to double the lead.

Raphael Guerreiro netted from close range with 19 minutes remaining to put the game beyond doubt, although Union were unlucky to see Kevin Mohwald’s goal ruled out for a foul from his team-mate Anthony Ujah.

The win sees Dortmund climb within two wins of Bayern, albeit with a much inferior goal difference, with one Klassiker to play. Union remain in sixth.

Reus landmark a tribute to perseverance – It is strange to say of a player voted the best in the Bundesliga on three occasions, but his career will always be thought of in terms of his bad luck with injuries. But for these issues he would have played a major role in his country’s 2014 World Cup triumph and might have helped them go further than the semi-final in the Euros that followed. Only one of his next five years, his stellar 2018/19 campaign, was he not dogged by injury. Over the past couple of seasons he has managed to stay on the field and though not an electric presence anymore, he has helped get the best out of his young team-mates and on occasions like this, with Haaland out, score crucial goals for his home-town club.

Mahmoud Dahoud (Borussia Dortmund) – It was a fine performance from the classy midfielder, never wasting the ball and giving team-mates ample opportunities in the final third with well-timed passes. His little nudge for Reus, in a crowded penalty area, for Dortmund’s opening goal was an example of this.

17′ GOAL FOR DORTMUND! Reus puts his side in front. Dahoud slipped a ball through to him in the penalty area and he blasted a low effort under the legs of Luthe.

26′ GOAL FOR DORTMUND! Malen and Knoche collide 30 yards from goal and Reus takes advantage collecting the loose ball then racing forward and rounding the keeper before slotting home.

71′ GOAL FOR DORTMUND! Bellingham got to the by-line and pulled back, Malen stopped the keeper being able to claim the ball and Guerreiro nudged the ball home from close range.

76′ GOAL RULED OUT! Ujah, in his first involvement, collided with Akanji’s head just moments before Mohwald headed the ball. It seems a harsh judgment.

Sule to join Dortmund from Bayern in the summer