Tom Brady cemented his sporting greatness on Sunday night by claiming his seventh Super Bowl ring as his Tampa Bay Buccaneers ran roughshod over the Kansas City Chiefs, and there were plenty of stars from the soccer world left in awe of his achievement.

The Bucs won 31-9 in their own Ray Jay Stadium to deny the Chiefs back-to-back titles as Brady asserted his dominance over rival quarterback Patrick Mahomes.

At the age of 43 years and 188 days, Brady extended his record for the most Super Bowl wins ever mustered by an individual player, as well as becoming the first NFL player ever to win a Super Bowl in three different decades. The former New England Patriots star also joins Peyton Manning as the only two quarterbacks in the history of American football to start and win a Super Bowl with multiple franchises.

However, Brady stands alone as the only NFL player ever to win with a team in both conferences, and the only player in NFL history to have won multiple titles since turning 40.

HOW ‘BOUT THAT?! #GoBucs pic.twitter.com/VMeX3PhCOl

Brady’s incredible accomplishment was watched admiringly all over the world, with lots of soccer stars rushing to congratulate the veteran QB after the game. 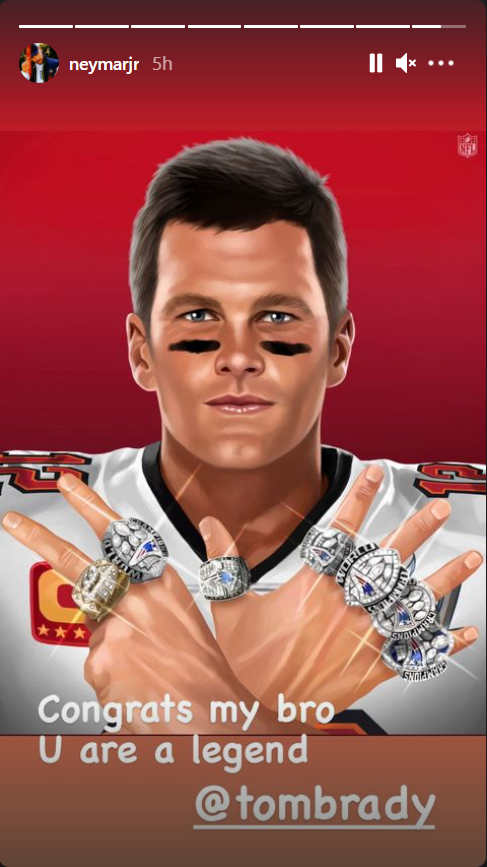 Neymar was among the first to offer a salute, with the Paris Saint-Germain striker posting an image of Brady and his seven glittering Super Bowl rings on Instagram along with the caption “Congrats my bro, you are a legend.”

David Beckham was in a motivational mood after watching Brady power the Bucs to the championship, posting an image of Brady’s No.12 jersey along with an inspirational message to any youngsters watching the big game.

“Kids, this is what happens with hard work, dedication and true leadership,” the former Manchester United and England midfielder wrote, also referring to Brady as the “all-time American G.O.A.T.”

Repping 🇬🇧 at the #SuperBowl

Known to be a huge NFL, Patriots and Brady fan, it shouldn’t come as much of a surprise to learn that Harry Kane was among the cheerleaders. After scoring for Tottenham Hotspur on his surprise early comeback from injury mere hours before, the striker settled in at home to watch the Super Bowl on television, although he was also in “attendance” in the crowd.

Kane’s cardboard likeness found its way to Florida thanks to NFL UK, who made sure the Spurs and England forward would be there in spirit, if not in body. Who knows, if Kane should ever follow through on his ambition to try out as an NFL kicker after his football career comes to an end, maybe one day he’ll get even closer to the Super Bowl action!

Content with watching on from his living room for this year, the Spurs man congratulated Brady on Instagram as the Bucs’ main man hoisted the Vince Lombardi trophy aloft once again.

Barcelona forward Antoine Griezmann was also surprised to find himself watching the Super Bowl from the terraces, thanking the NFL for their special invite.

No denying @TomBrady is the greatest of all time. A proven winner and consistent in everything he does. Made everyone around him better. What a storybook year. Congrats to the @Buccaneers #ageisjustanumber #SuperBowl #GOAT 🐐

Another soccer star to have spoken about a potential second career as an NFL kicker, USWNT hall-of-famer Carli Lloyd paid homage to Brady after his historic win. 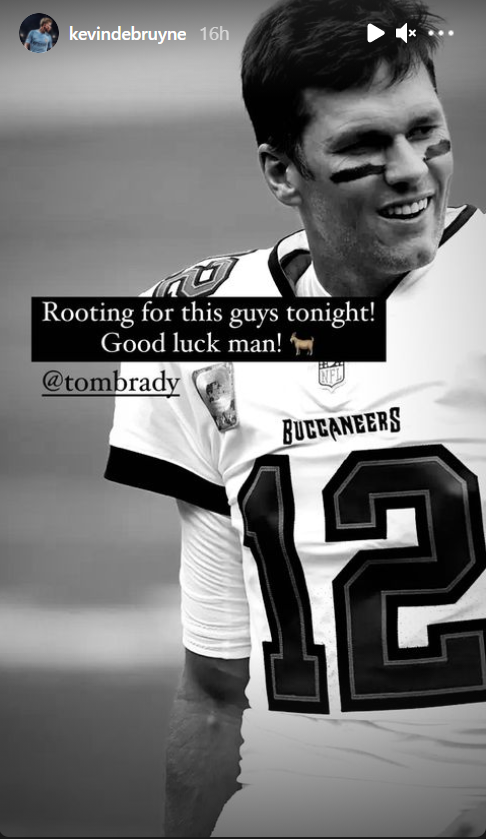 With a hamstring injury ruling him out of Sunday’s Premier League clash with rivals Liverpool, Manchester City’s own quarterback (of sorts) Kevin De Bruyne revealed he’d be rooting for Brady and the Bucs before the day’s other big game kicked off. 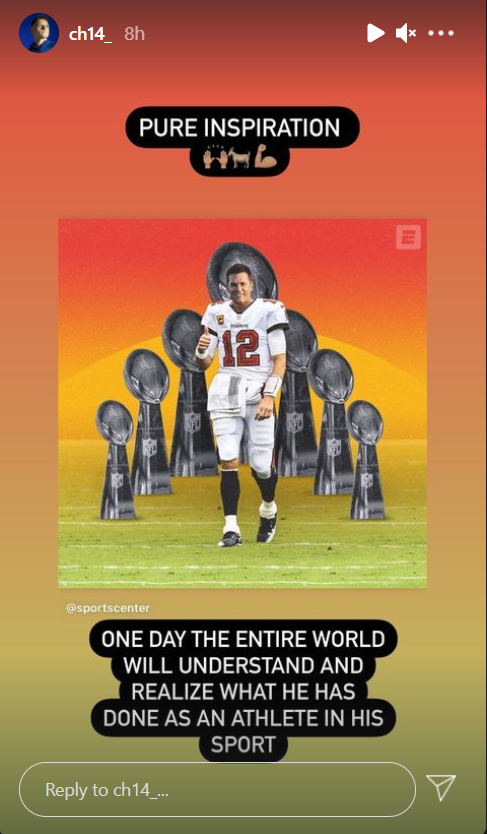 Javier “Chicharito” Hernandez called Brady an “pure inspiration” via his Instagram, with the Mexico and LA Galaxy striker adding that “one day the world will understand and realise what he has done as an athlete.”

In 2016 you told me your dream was to get 6 rings like MJ and I told you get 7 so you’re the real GOAT🤷🏾‍♂️
Challenge accepted and brilliantly executed ⭐️⭐️⭐️⭐️⭐️⭐️⭐️ 2021 @TomBrady @SuperBowl #TheOnlyGoat #thegreatest pic.twitter.com/R4XUM5u3iR

Chelsea legend Didier Drogba revealed himself to be a catalyst behind Brady’s ongoing quest for NFL immortality while casually recalling a brief yet pivotal conversation he had with the quarterback a few years ago.

Meanwhile, Thomas Muller and his Bayern Munich teammates had thrown their weight behind the Chiefs and their quarterback, Mahomes.

Bayern fans will hope that doesn’t prove to be a bad omen as the German side aim to claim their own world title this week at the FIFA Club World Cup.