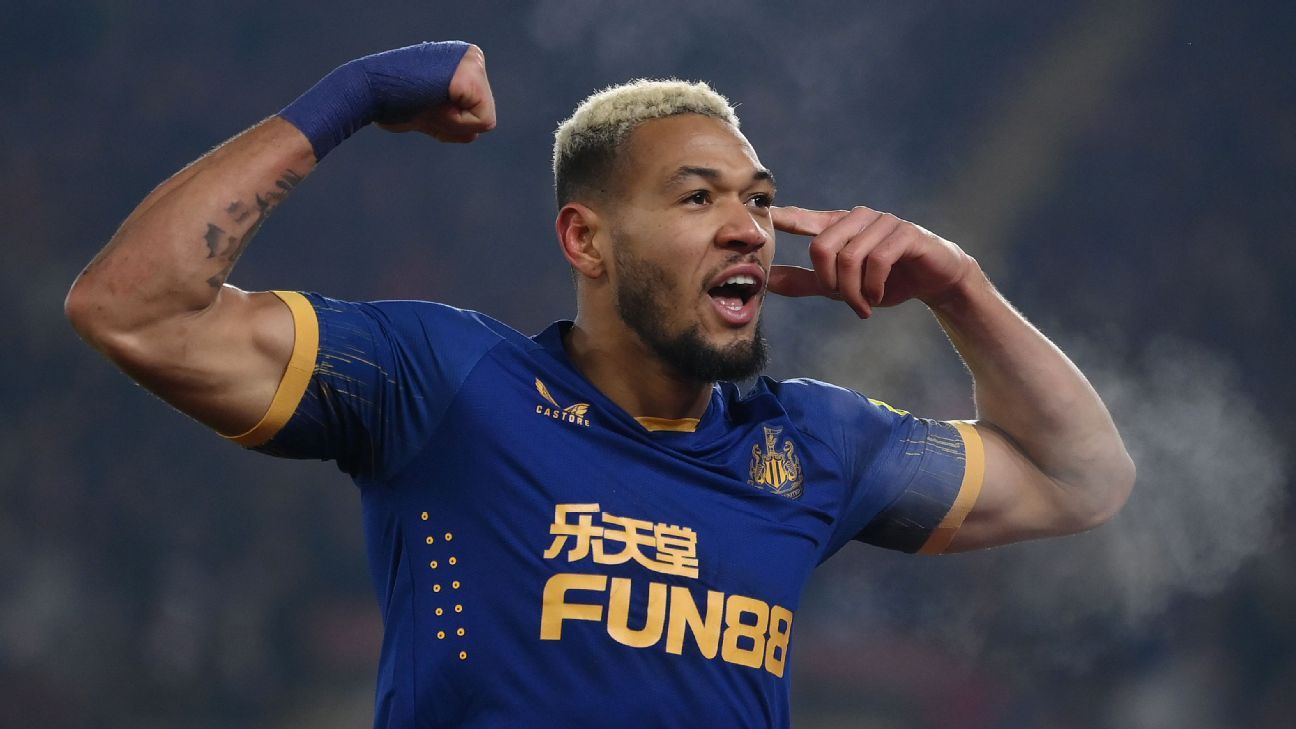 Brazilian midfielder Joelinton fired a second-half winner to earn Newcastle United a 1-0 win at Southampton in their League Cup semifinal first leg on Tuesday, with the hosts aggrieved they were denied an equaliser by VAR.

Joelinton and Newcastle thought they had struck in the first half, but he was ruled to have handled the ball before firing home by referee Stuart Attwell.

The visitors continued to miss chances in the second half before Joelinton arrived right on cue to convert Alexander Isak’s low cross in the 73rd minute and score what proved to be the winner.

Southampton thought they had quickly levelled things up through Adam Armstrong, but the striker was also adjudged to have used his hand, this time following a VAR review.

Saints’ evening finished on another sour note as Duje Caleta-Car was sent off for two bookable offences late on, with Newcastle in pole position to reach the final as they chase a first domestic trophy since 1955.

The VAR intervention and several fine saves from goalkeeper Nick Pope means Newcastle have kept 16 clean sheets in all competitions this season, two more than any other side in Europe’s big five leagues, including 10 in their last 11 games.

“We controlled the game but we missed big chances,” Newcastle midfielder Bruno Guimaraes told Sky Sports. “It’s just the first game now we need to think about the next one. I’m proud of the team today.

“One goal is important, we could score more but most important was to be one-goal in front of Southampton. I want to thank Nick Pope, I think he’s the best goalkeeper in the world. Let’s keep it going.”

VAR is not popular on the south coast given Southampton were denied another goal in a 1-0 Premier League defeat to Aston Villa at the weekend, after a foul was spotted in the build-up to James Ward-Prowse’s deflected strike.

“It is a game of margins,” Southampton coach Nathan Jones told Sky Sports. “We are so close to being a good side. We have to start taking our chances and stop conceding silly goals.

“It is not about now or the next game, it is about building something we can be proud of.”

In this article:Bundesliga, Featured, Premier League