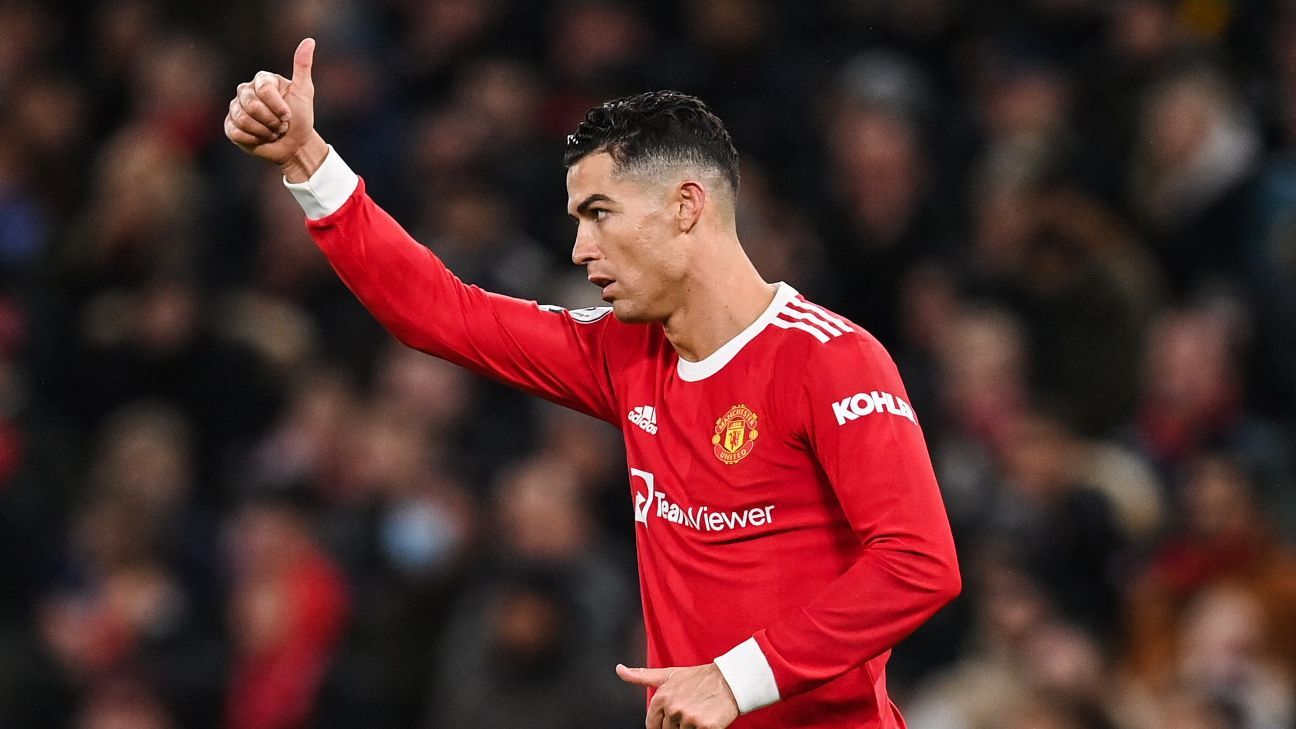 Cristiano Ronaldo‘s future at Manchester United remains uncertain amid interest from Paris Saint-Germain, Bayern Munich and AS Roma, according to the Sun.

Initially joining the Red Devils with the intention of finishing his career at Old Trafford, Ronaldo’s recent form for Ralf Rangnick’s side has seen agent Jorge Mendes begin to discuss his client’s options with other clubs.

The report says that the 37-year-old wants to stay and win trophies but he will leave if they fail to secure Champions League football.

Ronaldo scored to end one of his longest goal droughts of his career in Manchester United’s 2-0 win over Brighton on Tuesday, creating a gap of four points between the Red Devils and Arsenal, who have three games in hand in the race for the top four.

Ronaldo has scored 15 goals in 26 appearances so far this season.

– Harry Kane would be open to working with Mauricio Pochettino again the latter leaves PSG for Manchester United as manager, reports the Telegraph. The Old Trafford hierarchy have been assessing a number of strikers ahead of the summer transfer window, and with the 28-year-old enjoying some of his best form while working under Pochettino at Tottenham Hotspur, the latest suggests that he is open to the idea of reuniting with his former head coach.

– Juventus have identified Sven Botman as a potential replacement should a club decide to activate Matthijs de Ligt‘s €120 million release clause in the summer, according to Tuttosport. The 22-year-old centre-back’s form for Lille has seen him placed on the radars of AC Milan and Newcastle United, though he could now have another option to consider if De Ligt is tempted away from Turin.

– Arsenal are at the front of the queue of a number of Premier League teams that are keen to sign Rafael Leao from AC Milan, writes La Repubblica. The Gunners have shown strong interest in his services as Mikel Arteta looks to bolster his squad ahead of next season, though it is reported that the Serie A side value the 23-year-old attacking midfielder highly. Leao has made 18 starts in the league this season, contributing to 10 goals directly.

– Napoli are preparing a deal to sign Jason Denayer on a three-year contract, reveals Ekrem Konur. The 26-year-old centre-back is yet to agree new terms with Lyon, and that means he is free to agree to a pre-contract offer that will see him make the switch in the summer. He has made 17 appearances for the Ligue 1 side this season, scoring three goals.

– Barcelona and Borussia Dortmund are battling to sign Noussair Mazraoui on a free transfer, according to Fabrizio Romano. As he explains on his “Here We Go” podcast, Romano states that the 24-year-old has failed to agree to a new contract with Ajax Amsterdam and looks set to leave the Eredivisie, with a number of offers from the Serie A also on the table for the right-back. He has made 25 starts for Ajax this season.