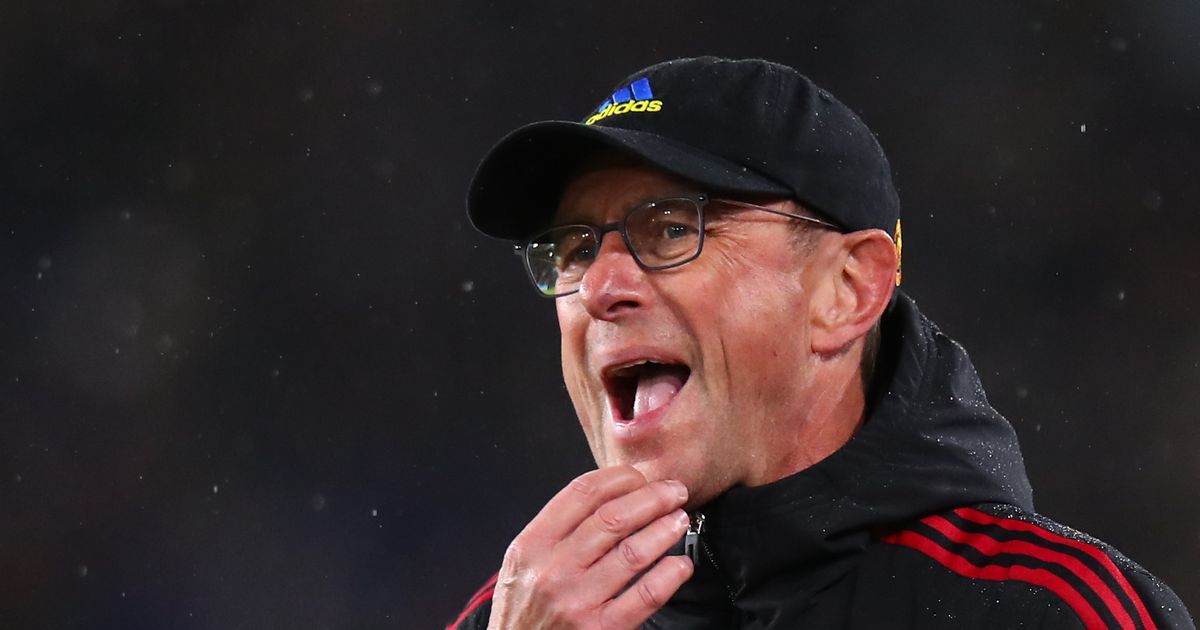 Ralf Rangnick has revealed that he has turned to sports physiologist Sascha Lense to improve Manchester United’s mentality.

The Red Devils have been 1-0 up in their last three matches but failed to win any of them, leading to scathing criticism as they battle to end the season on a high.

Rangnick, whose period as interim manager runs until the summer, is busy searching for ways to turn United’s fortunes around and has now called on to trusted confidant Lense.

The pair worked closely together at RB Leipzig and were reunited at Old Trafford in December.

“The situation is pretty clear: in 11 of 13 games we scored the first goal and we didn’t win all of them. In the last three games, it was very sad we didn’t win those games,” Rangnick said ahead of Tuesday’s Premier League clash with Brighton & Hove Albion.

Join the debate! Where will Man Utd finish this season? Let us know your thoughts below.

Rangnick has turned to his trusted psychologist, Lense
(

“It cost us four points in the league and a place in the next round of the FA Cup. When you concede an equaliser, this also affects the mind of the players. We should be 3-0 or 4-0 up and all of a sudden it’s 1-1.

“It affects the mind-set of the players. They are human beings, not robots. There are two things: number one is we have to be more effective to score a second and third goal to kill the game off.

“Even if this does not happen, just stick to the game plan, stay solid, stay tactically disciplined, and this is what we have to achieve and take the next step.

“If you concede early in the second half, this affects the confidence of the players. I spoke with Sascha about that and we speak to the players one by one about why we conceded the goal and what we should do to score a second or a third goal.

“The first halves have been really good, we didn’t concede a single goal. The next step is to raise our level and stay focused, physically, mentally, tactically.

“We gave away those goals too easily. It was just too easy and it was our own mistakes we made to let the other team score.”

Away from his psychology background, Lense enjoyed playing career that amounted to nearly 100 appearances in the 2. Bundesliga throughout the 1990s and early 2000s.

His first prominent role as a sports psychologist came in 2014 with German side Dynamo Dresden, later being recruited by Rangnick to work at Leipzig from the start of the 2015-16 season.

Lense’s task is now to get the Red Devils geared up for the visit of Brighton, who are managed by Graham Potter, an outsider to replace Rangnick as United’s permanent boss.