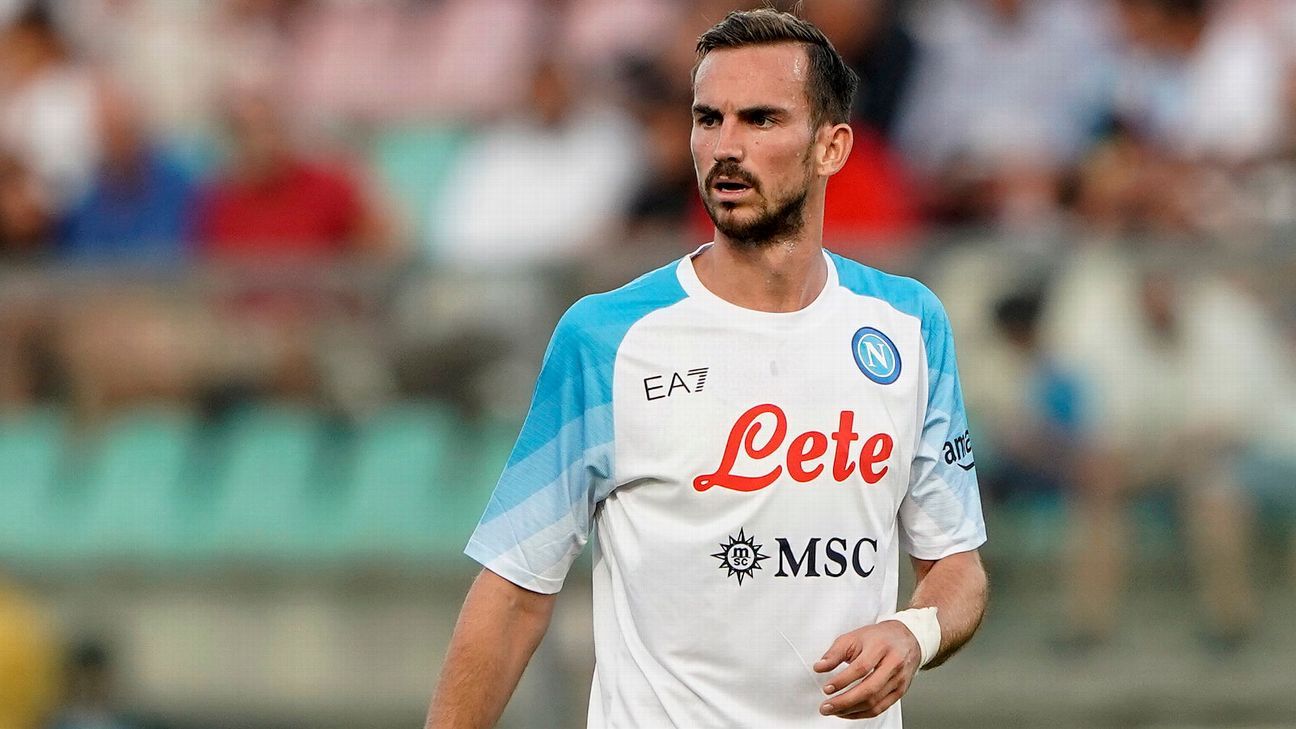 Paris Saint-Germain are one step closer to strengthening their midfield options even more this summer by agreeing personal terms with Napoli’s Fabian Ruiz, according to L’Equipe.

Ruiz, 26, has one year left on his contract and is refusing to sign an extension. The Spain international didn’t feature in Napoli’s preseason match against Espanyol over the weekend.

Real Madrid are interested in signing him as a free agent next summer, but PSG are hoping to swoop in and sign him before the deadline of this window.

The Ligue 1 champions must now negotiate with Napoli over a transfer, and they want the Italian club to lower their asking price of €21 million.

If they pull this deal off, PSG will bolster their midfield options even further, having already signed Vitinha and Renato Sanches this summer with Georginio Wijnaldum leaving for AS Roma.

16.39 BST: Marseille have reached a verbal agreement to sign Alexis Sanchez after he reportedly terminated his contract at Inter Milan, according to Foot Mercato.

Sanchez has scored 20 goals in 109 games for Inter since initially joining on loan in 2019, but last week the former Arsenal and Manchester United forward was said to have become a free agent after tearing up his contract with the Serie A side.

Now Foot Mercato reports that Sanchez is expected to land at Marseille on Wednesday or Thursday to finalise what could be a year-long deal with an option for a further year.

Marseille started their Ligue 1 campaign with a 4-1 win against Reims on Sunday in manager Igor Tudor’s first game in charge.

15.53 BST: Real Madrid and Atletico Madrid are battling it out for the signing of Bayer Leverkusen prospect Iker Bravo, sources have told ESPN’s Adriana Garcia and Rodrigo Faez.

Atletico were the first to show an interest in the Spain U19 and U17 forward. Madrid monitored the 17-year-old’s progress last season and have decided to join the race for his signature.

Sources have told ESPN that both clubs see Bravo as a prospect for the future and will not rush him, thus allowing him to go step-by-step and play for the reserves at first before joining up with the first team.

Madrid are confident Bravo will choose them ahead of Atletico, although the player’s entourage appreciate the effort made by Atletico after the club increased their offer for the striker.

Whatever the outcome, all parties expect the deal to be finalised in the coming days.

United believe the Serie A side are willing to let Rabiot leave and that the France international would be keen to move to Old Trafford.

The 27-year-old, who joined Juventus from Paris Saint-Germain in 2019, has a year left on his contract and sources have told ESPN he is available for a cut-price fee.

Erik ten Hag is keen to bolster his midfield before the transfer deadline but attempts to sign Frenkie de Jong from Barcelona have so far been frustrated by the issue of deferred wages owed to De Jong by the LaLiga club.

Sources have told ESPN that United have made contact with a number of other midfielders in the event that a deal for De Jong does not materialise, of which Rabiot is one.

Isco, whose contract with Real expired in June, has put pen-to-paper on a two-year deal with Sevilla. He becomes their third summer signing following the arrival of Brazilian defender Marcao from Galatasaray and Brazil left-back Alex Telles on loan from Manchester United.

Isco, 30, will be reunited with former Spain and Real Madrid manager Julen Lopetegui at Sevilla. The midfielder, who has played 38 times for Spain, will be eager to revive his career, having been a fringe player at Madrid in recent seasons.

Isco joined Madrid in a €30m deal from Malaga in 2013 and went on to win five Champions League trophies, three La Liga titles and one Copa del Rey in his nine-year spell at the club.

14.09 BST: Villarreal are targeting the Tottenham Hotspur duo of Giovani Lo Celso and Tanguy Ndombele, according to Sky Sports.

Lo Celso spent the second half of last season on loan at Villarreal, making 22 appearances. Ndombele also went on loan to Lyon after falling out of favour at Tottenham and neither player appears to be in Antonio Conte’s plans for this campaign.

Villarreal are said to be interested in a loan move for both players given their finances. They finished seventh last season and reached the semi-finals of the Champions League under former Arsenal boss Unai Emery.

United have made contact with Bologna about former Stoke and West Ham striker Arnautovic after Erik ten Hag pressed the club to sign an experienced forward who would be content with a back up role off the bench.

Arnautovic is 33 years old and sources have told ESPN that Ten Hag is a fan of his character after working together during his time as a coach at FC Twente.

Sources have told ESPN that the move for Arnautovic is considered separate to the move for Benjamin Sesko and that talks remain ongoing with FC Salzburg for the 19-year-old forward.

Chelsea are also interested in Sesko, although sources have told ESPN that Salzburg would rather keep him until next summer. United are hopeful of adding at least one attacker to the squad before the transfer deadline on Sept. 1.

Diop joined West Ham from Toulouse in 2018 and has made 121 appearances for the east London side since then, but he now appears set for a move away after falling out of favour under manager David Moyes.

Fulham started life back in the Premier League with an impressive 2-2 draw against Liverpool at the weekend and are looking to strengthen their defence. They signed Shane Duffy on a season-long loan from Brighton last week and Diop would give them another option at centre-back.

11.54 BST: Nottingham Forest are close to signing Real Betis defender Alex Moreno after agreeing a fee of around £9m with the LaLiga club, according to the Daily Telegraph.

Forest have already been busy in this transfer window after winning promotion to the Premier League, having signed 12 players. Moreno now looks set to become their 13th new arrival of the summer.

Moreno has made 96 appearances for Betis since joining from Rayo Vallecano in 2019 and can play as a left-back or left winger. He was part of the team who won the Copa del Rey against Valencia last season.

11.02 BST: Spanish midfielder Isco will undergo a medical on Monday ahead of joining Sevilla as a free agent, the LaLiga club said in a statement.

Isco, whose contract with Real Madrid expired last month, will sign a two-year contract at the Sanchez Pizjuan.

He will become Sevilla’s third summer signing following the arrival of Brazilian defender Marcao on a permanent transfer and Brazilian left-back Alex Telles on loan from Manchester United.

The 30-year-old is from Andalusia and made his breakthrough at hometown clubs Malaga before moving to Madrid in 2013.

10.18 BST: Chelsea winger Callum Hudson-Odoi is attracting interest from several clubs in the Premier League and the Bundesliga after telling the Blues he wants to leave in search of regular playing time.

The England international, 21, was left out of the squad for Chelsea’s 1-0 win at Everton on Saturday, despite having fully recovered from the Achilles injury that rules him out for the final three months of last season.

The Guardian reports that Leicester City and Southampton are two clubs interested in signing Hudson-Odoi before the end of this transfer window, while the Daily Mail adds that Borussia Dortmund could offer him a new challenge in Germany.

Hudson-Odoi had been close to a move to Bayern Munich three years ago, but ended up signing a new five-year deal with Chelsea that has two years left to run.

09.25 BST: Goncalo Guedes will travel to England on Monday to complete his permanent transfer to Wolverhampton Wanderers from Valencia, according to Las Provincias.

Valencia coach Gennaro Gattuso confirmed on Saturday that Guedes would leave the club after an important offer had arrived from an unnamed Premier League outfit for the 25-year-old.

The Spanish outfit has reportedly accepted an offer of €30m plus €5m in variables from Wolves for Guedes, who is under contract with Los Che until June 2024.

Guedes arrived to Valencia in September 2017 from Paris Saint-Germain. He scored 13 goals and set up six more in 43 appearances across all competitions last season.

08.43 BST: Torino have made an offer to sign Croatian attacking midfielder Nikola Vlasic from West Ham, according to Sky Sports in Italy.

Vlasic, 24, joined West Ham from CSKA Moscow last summer and made 19 league appearances for the Hammers. With the arrival of Maxwel Cornet at the London Stadium, Vlasic is set to fall down the pecking order.

The Serie A club, who have been monitoring Vlasic for some time, want him to join them on a season-long loan with a purchase option included in the deal.

08.00 BST: Former Manchester United forward Wayne Rooney has said that the club must let Cristiano Ronaldo leave if they are to build a successful team for the future under new manager Erik ten Hag.

The 37-year-old Ronaldo, who re-signed for United from Juventus last season, told United earlier this summer that he wants a move away from Old Trafford after the team’s failure to qualify for the Champions League.

“I think United should let Cristiano Ronaldo go. It’s not that Ronaldo can’t play in a Ten Hag team. He can play in any team,” Rooney, who now manages Major League Soccer side DC United, wrote in a column for The Sunday Times.

“Ronny will always score you goals. But my personal view is that United aren’t ready to challenge for the title now, so the aim has to be to build a team that can win the league in the next three to four years, and you have to plan for that.”

Ronaldo was a second-half substitute in United’s first match of the Premier League season, a 2-1 home defeat to Brighton & Hove Albion.

– Borussia Dortmund have been searching for a replacement for striker Sebastien Haller, and Sport1 report they’re close to signing French striker Anthony Modeste from FC Koln. Dortmund have been linked with a whole host of names since the news that Haller must undergo treatment for testicular cancer, including Edinson Cavani, Edin Dzeko and Marcus Thuram. However, it appears Dortmund have an agreement in place to take 34-year-old Modeste to the Signal Iduna Park for a fee of between £3.4m and £4.2m. The striker will pen a one-year deal worth £5m.

– Everton are expected to beat West Ham United to the signing of Wolverhampton Wanderers defender Conor Coady, according to the Daily Mail. The 29-year-old Wolves and England skipper is keen to leave Molineux, and the Toffees could secure his services for a fee of £12m. Everton’s defensive ranks were depleted on the opening day of the season as a result of injuries to Ben Godfrey and Yerry Mina, and Everton boss Frank Lampard is a long-term admirer of Coady, who was an unused substitute in Wolves’ 2-1 defeat to Leeds on Saturday. Coady is keen to play regularly in an effort to bolster his World Cup chances. 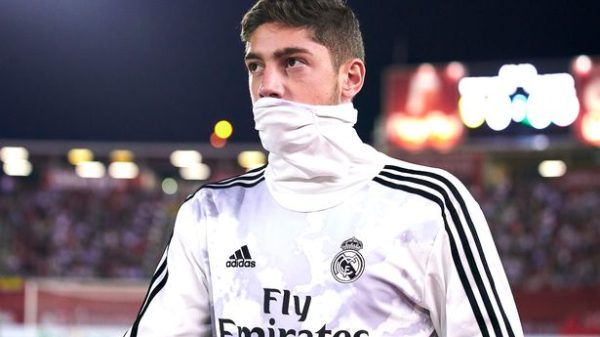