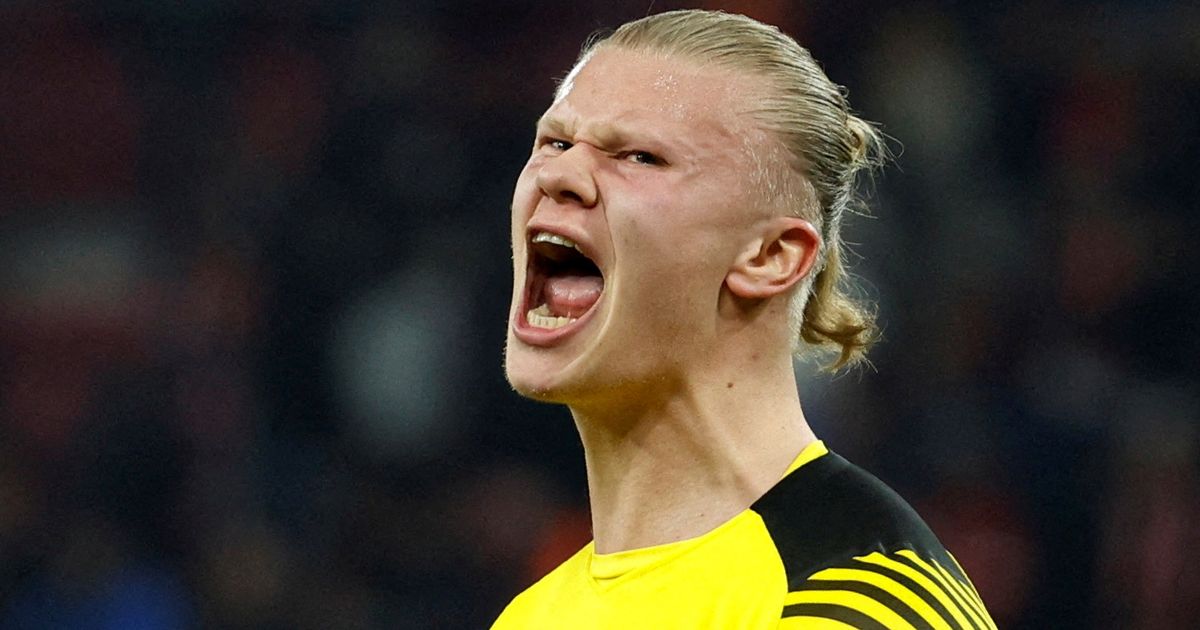 Erling Haaland is on the brink of completing his transfer from Borussia Dortmund to Manchester City, but the Norwegian striker’s £51million fee means he is nowhere near the Premier League’s big-hitters

The summer transfer window does not officially open for business until July 1, but we already know one of the biggest deals of the summer after Erling Haaland joined Manchester City.

The Borussia Dortmund striker has joined City on a five-year contract which will see him take home £400,000 per week. Although his release clause was originally reported to be worth £63million (€75m), City are understood to have paid just £51m for his signature.

Having plundered 85 goals in 88 games for Dortmund, Haaland is undoubtedly one of the most exciting players on the planet and his addition to the Premier League is a major coup for City. While his transfer fee is still significant – and his wages, bonuses and agents’ fees colossal – it is still some way off a record in the Premier League.

City hold that record, having shelled out £100m to sign Jack Grealish from Aston Villa last summer. And, unsurprisingly, Sheikh Mansour’s billions mean the defending champions dominate the list of the most expensive deals in Premier League history.

They are now responsible for nine of the top 25 transfer fees in the league, ahead of Man Utd (six), Chelsea (five), Liverpool (four) and Arsenal (one). The financial dominance of those clubs – plus the other member of the so-called Big Six, Tottenham – is shown by the fact that they currently make up the top six in the Premier League table.

As you might expect, most of the big-money transfers have come in the past three or four years. Transfer fees have undergone major inflating in recent years, although the Premier League comes nowhere close to the overall record set by Neymar’s move from Barcelona to Paris Saint-Germain in 2017, which reportedly cost the French side £200m (€222m).

HAVE YOUR SAY! Will Erling Haaland become one of the best value signings in Premier League history? Comment below.

A look at the Premier League’s top 25 transfers shows that the majority of the big-money players have been recruited from elsewhere in Europe, rather than in the same league. Surprisingly, only six have come from other Premier League clubs, with the Bundesliga (seven), La Liga (four), Serie A (four), Ligue 1 (two) and Portugal’s Primeira Liga (two) responsible for the others.