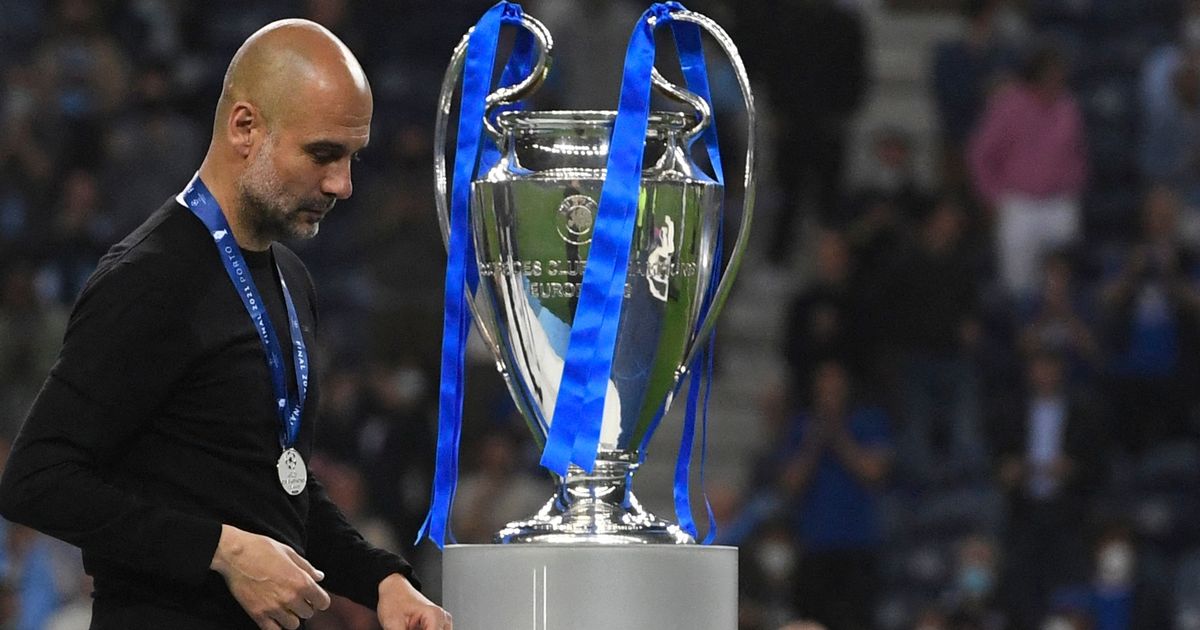 Manchester City and Pep Guardiola fell at the final hurdle in last season’s Champions League, but the Premier League champions are well-equipped to go one better

Manchester City are back in Champions League action this week as they attempt to make up for the heartbreak of losing last year’s final against Chelsea.

It was a familiar story for the Premier League champions, who have won the domestic title three times under Pep Guardiola but have yet to add a European trophy to their cabinet.

Raheem Sterling insisted City will not rest on their laurels after preparing for their midweek game in Lisbon by soundly beating Norwich City at Carrow Road.

Sterling and his teammates will hope Tuesday’s meeting with Sporting CP is just one step on the route to European glory, and there are plenty of reasons to think Guardiola – a Champions League winner with Barcelona twice in the space of three years – can lift the trophy for the first time since moving to England.

Will Man City win this season’s Champions League? Have your say in the comments section

Guardiola has been accused of overthinking previous final line-ups, with his decision to leave out Rodri for the 2021 final just the latest example.

Part of this might come down to the amount of time afforded to the Catalan coach to prepare for the biggest games, with last year’s final coming 18 days after his team was confirmed as the Premier League winner

There was an even bigger build up in 2019-20, with more than a month passing between City’s title hopes ending mathematically and the Champions League resuming in unusual circumstances after the suspension of the season.

The competition may be fiercer this season, but that is often how Guardiola likes it.

The former Barcelona boss enjoys testing himself against Europe’s best, as demonstrated in the semi-final victory over Paris Saint-Germain in 2021 and the last-16 victory over Real Madrid the previous season.

Nevertheless, he will know PSG have had more time adjusting to Mauricio Pochettino’s style of play than they did when the sides met in last season’s competition, while Lionel Messi’s arrival will add to the Parisiens’ knockout pedigree.

Only one of PSG and Real Madrid will make the last eight, though, and Carlo Ancelotti’s own history in the Champions League ensures it’s impossible to write off the Spanish league-leaders.

And then, of course, we have Guardiola’s other former side.

Bayern showed over the weekend that they can still be got at, suffering a shock 4-2 defeat at Bochum, but Julian Nagelsmann’s arrival as manager has made them a more frightening proposition than last season under Hansi Flick.

Former Man City winger Leroy Sane could be a factor as Bayern aim to reach another final
(
Advertisement. Scroll to continue reading.

Still, it would be wrong for City to get ahead of themselves considering the background to some of their recent eliminations from Europe.

Neither Lyon in 2020 or Monaco in 2017 would have considered themselves favourites against Guardiola’s team, while the two intervening years saw City eliminated by teams below them in the Premier League.

With that in mind, it is essential that midweek opponents Sporting are not underestimated – especially given the Portuguese side’s Jose Alvalade Stadium is the site of that Lyon setback.

City’s squad depth should still afford them plenty to work with, of course, but this year’s competition has another factor in play which Guardiola and his charges will no doubt be considering.

While the 2020-21 edition came just weeks before the internationals in the squad joined their compatriots for European Championships or Copa America duty, the prospect of a winter World Cup rather than a traditional summer showpiece could impact performances at club level.

No player will ever claim to be holding anything back in the Champions League, but there may well have been some subconscious restraint, the kind of which we’re unlikely to see given the longer post-season break than in either of the last two campaigns.

Guardiola remains a popular figure at Manchester City, both among the fans and the ownership, and another Premier League title defence is only expected to add to that goodwill.

However, despite the level of success enjoyed domestically, the lack of a Champions League trophy hasn’t gone unnoticed.

Over the last few years, City have struggled to enjoy both at the same time, despite their dominance at home.

This time, though, Guardiola may well feel all the pieces are in place to finally end that painful drought.