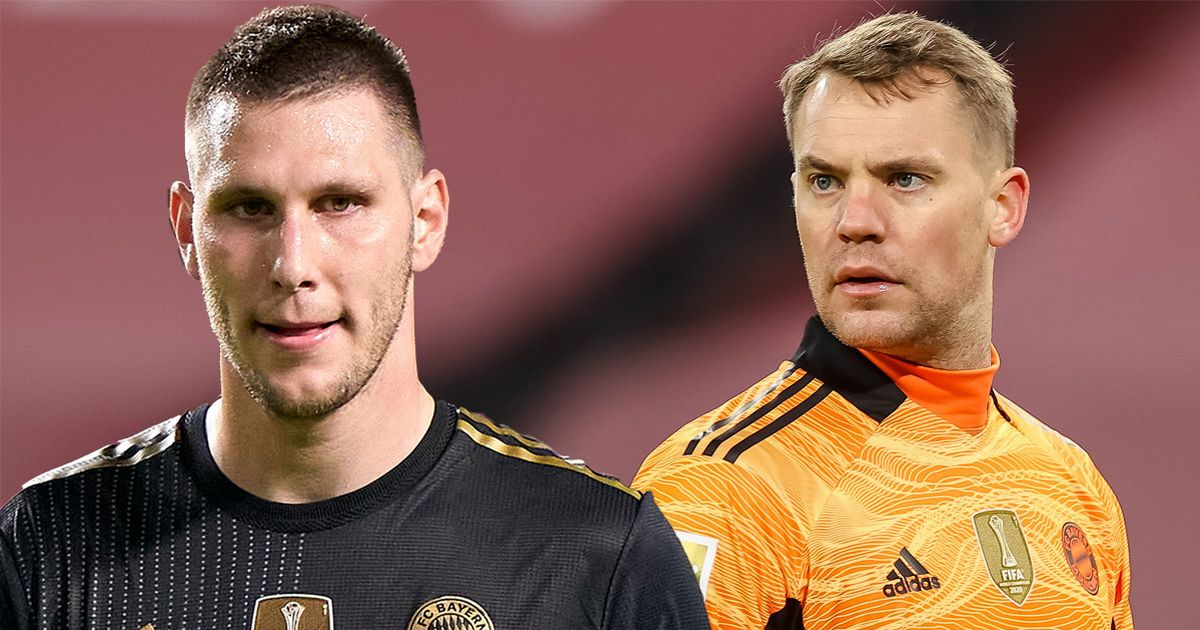 Niklas Süle has elected to leave Bayern Munich for Borussia Dortmund when he becomes a free agent this summer and insists that he hasn’t felt valued by club chiefs, something which hasn’t sat well with Manuel Neuer and has left the boardroom to come out swinging

Niklas Sule is leaving Bayern this summer on a free transfer

Bayern Munich president Herbert Hainer has taken aim at Niklas Süle’s decision to quit for Borussia Dortmund, claiming it’s not down to sporting reasons, as all sides try to spin their own narrative on the surprise move.

BVB announced on Monday that Süle will join on a free transfer this summer, when his Bayern contract expires.

Despite making more Bundesliga appearances than any other Bayern defender this term – a fact Dortmund were delighted to include in their welcome statement to their new signing – club chiefs failed to persuade Süle to remain at the club.

Although he was offered a new deal, worth £9million-per-year, Süle held off re-signing and was linked with moves across Europe, perhaps most notably to Champions League holders Chelsea and newly-minted Newcastle United.

Certainly, the 26-year-old’s decision to depart – and also subsequently remain in the Bundesliga – has left a sour taste for all parties involved.

And speaking after BVB confirmed he would be moving to the Westfalenstadion, Süle hinted similarly, declaring: “From the first contact [with Dortmund] I felt right away that those responsible at the club were very interested in working with me.

“Dortmund told me what role I could have and I had the feeling I was wanted both as a player and as a person.”

Bayern club captain Manuel Neuer also spoke out on Monday, appearing to side with the Süle camp against his employers.

He insisted the club’s playing staff aren’t pleased that an agreement wasn’t found for Süle to stay.

“It bugs us all that Niklas is leaving,” admitted Neuer. “It’s a pity, of course, that such a cornerstone in the defence breaks away. It annoys us all. We will miss him.”

But Bayern’s top brass, led by Hainer, are, unsurprisingly, looking to divert all responsibility for his exit elsewhere.

Bayern skipper Neuer has spoken out about Süle’s exit

Indeed, Die Roten’s president couldn’t resist a few jibes at both Süle and Dortmund when discussing the switch on Tuesday.

“He was already being discussed at Dortmund and there was speculation – in addition to Real Madrid, Manchester City and a few others – but I hadn’t thought that it would be his first choice,” said Hainer. “It will be exciting to see him on the other side. But it’s not new to us either. We also gave Mats Hummels to Dortmund.

“I don’t know what salary Niklas Süle gets at Borussia Dortmund. But I don’t think it’s a sporting climb.

“Niklas is a very good player who has become a regular in the national team in the last five years. I’m assuming that he’ll really give it his all over the next three months so that he can still clinch the titles that we have ahead of us.”

After Süle’s exit, an extension for Robert Lewandowski is next on the docket for Bayern
(

Hainer also defended himself and other Bayern chiefs, notably CEO Oliver Kahn and sporting director Hasan Salihamidzic, in a rebuttal of Süle’s comment about feeling undervalued.

“I can only speak of myself and the people I am with every day,” he said. “We all appreciated him and know what we had and still have in him. You have to ask him yourself what exactly he means by that.”

Bayern are on course for a 10th successive Bundesliga crown while questions are being asked of Dortmund’s desire to really fight them for the German title, given their predilection for purchasing younger players before selling them on for profit… with Erling Haaland and Jude Bellingham seemingly next in line.

Asked whether pinching Süle was a sign that Dortmund could be about to make a change to their way of working and may be looking to challenge Bayern in a way that they haven’t for the past few years, Hainer simply responded: “As they have seen in the last nine years, we know how to defend ourselves.

“And we will continue to do so in the future.”