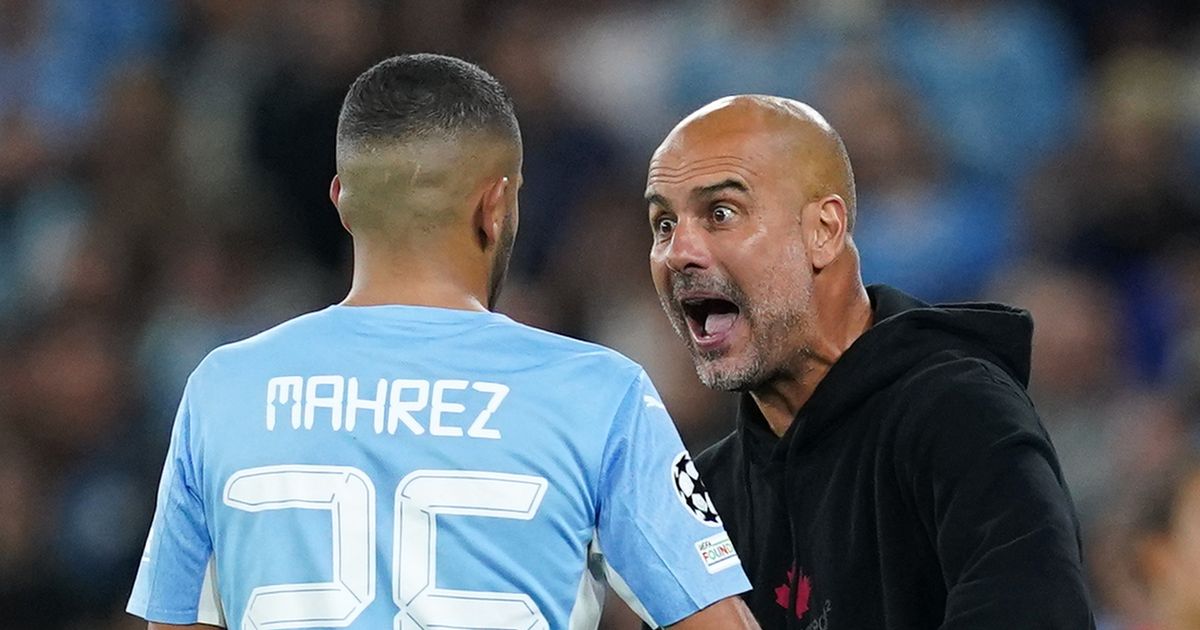 Like Mohamed Salah at Liverpool, Riyad Mahrez’s current contract expires in 16 months and Manchester City face a dilemma over handing him new terms or letting him leave him

Manchester City face their own Mohamed Salah-like dilemma over the future of Riyad Mahrez.

Liverpool are attempting the near-impossible act of preserving some semblance of their wage structure, while offering Salah a tempting-enough pay rise to sign new terms at Anfield.

Mahrez will be 32 by then and City must decide if they will hand him another six-figure agreement.

They could delay a decision until next season, but that runs the risk of him signing a pre-contract agreement with a foreign club from January and Paris Saint-Germain are monitoring his situation.

Should City give Riyad Mahrez a new contract? Have your say in the comments section.

Mahrez is playing well enough to earn a new contract at the Etihad and he is the Blues’ top scorer with 16 goals, plus he has contributed five assists.

He would want at least two years to sign on again at City, which could add up to a £12million commitment for the Blues.

The Algeria star is enjoying his best campaign for City and he has netted in his last seven successive appearances.

Yet he is 31 later this month and clubs are reluctant to hand long-term deals to players who are passing their peak years.

City will sign a striker this summer, which could impact on Mahrez’s long-term Blues future, and they are understood to be considering Inter Milan’s Argentina forward Lautaro Martinez.

Ilkay Gundogan is in a similar position and the Germany midfielder’s contract is also due to expire in June 2023.

He has already spoken about returning to the Bundesliga one day and the Blues may well let his contact run down.

Raheem Sterling won a Premier League record 23rd penalty, which Mahrez converted for the opening goal in City’s 2-0 win over Brentford on Wednesday, and he is in no doubt about his value to the team.

“I just hope he keeps going because he is crucial to this side. He’s in fantastic form.”

Mohamed Salah’s contract situation has rumbled on at Liverpool

Pep Guardiola hailed Mahrez as “fearless” because of his coolness from the spot and is impressed by his strength of character after he famously skied the first penalty he took for City at Anfield in October 2018.

He has converted all eight he has taken since for the Blues and says he practises after training.

“He has the personality and special quality, no fear,” said the City boss. “He takes it and it doesn’t matter if his previous actions are not good. He is a huge competitor.

“I never push players to take responsibility, but you know, Riyad is a guarantee because he is so clever.

“He can shoot both sides and effectively strong to the corners. Some cannot, but he can.”