AC Milan are one of the clubs interested in signing RB Leipzig winger Dani Olmo, according to a report.

Calciomercato.com reported earlier this summer that – before ending up at RB Leipzig for €22m – the young winger Olmo was a Milan target for a long time, both when it seemed like Ralf Rangnick would be the new manager and then even when it was confirmed that head coach Stefano Pioli would stay.

The Spaniard was a profile much appreciated by the Rossoneri management and especially by Zvonimir Boban, who followed him over the years at Zagreb, but in the end the player chose the Bundesliga and Leipzig.

However, the same source are now reporting that Milan are still interested in signing Olmo, who racked up 14 goal contributions in the Bundesliga last season including 9 assists. There is not only Milan keen though, as Barcelona and Arsenal have targeted the Spaniard.

The report also cites the Daily Mirror in claiming Manchester United are also strongly interested in the player ahead of the January transfer window.

WATCH: Hilarious reactions during FIFA 22 ratings reveal – “My son has got more than 39 pace” 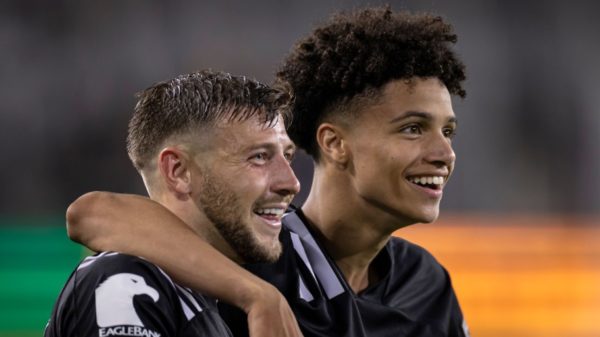 D.C. United is set to transfer midfielder Kevin Paredes to Bundesliga side Wolfsburg for a fee of over $7 million, sources confirmed to ESPN....