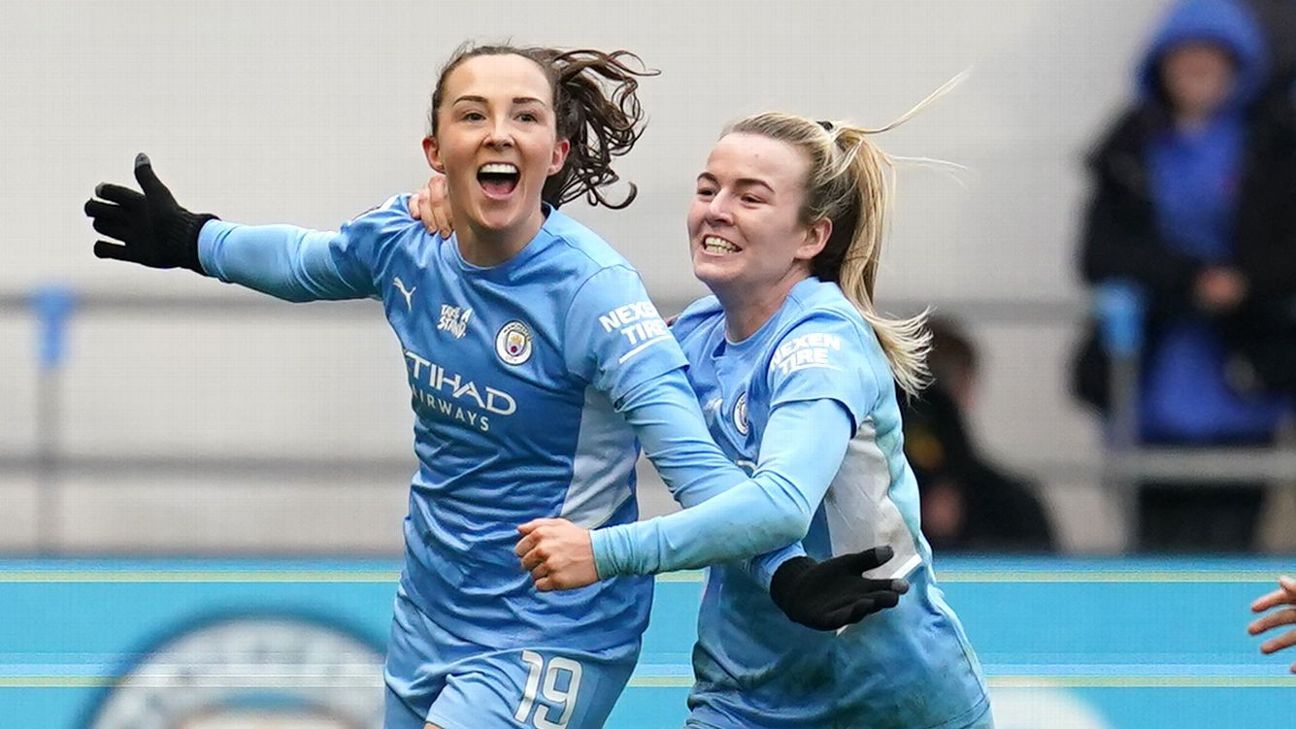 Weir, on as a substitute, looked up and chipped United’s England goalkeeper Mary Earps from 25 metres in the 81st minute to finally reward City’s domination of the derby.

It also continued her remarkable record against United as she has now scored in all three home Super League games against them since City were promoted.

City had created the better chances with Lauren Hemp wasting one opportunity and Jess Park denied by the woodwork.

Meanwhile, Spurs moved into third after second-half goals from Ash Neville and Ria Percival clinched a win against a Birmingham side that offered little in attack. Birmingham are bottom of the standings on four points from 15 games.

Elsewhere, a hat-trick from Kayleigh Green led Brighton & Hove Albion to a 4-1 demolition of Reading as they got back to winning ways following successive league defeats.

Earlier, Everton‘s woeful season continued as they fell to a 2-0 home defeat by Aston Villa. Emily Gielnik and Ramona Petzelberger condemned the Merseyside club to a fourth consecutive loss and left them second from bottom with 11 points from 13 games.