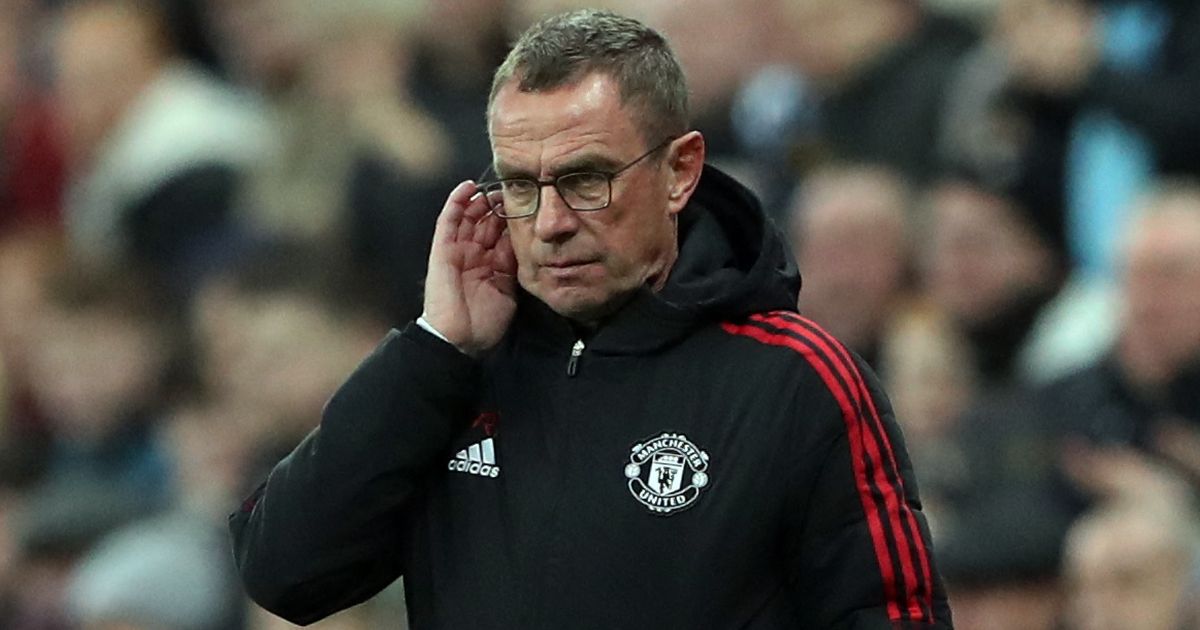 Manchester United have reportedly cut their losses with the pursuit of Borussia Dortmund star Erling Haaland, but there are plenty of other options they could chase

Manchester United have reportedly pulled themselves out of the race to sign Erling Haaland, as they want to localise their focus onto hiring a new permanent manager.

The Red Devils had been firmly in the race to sign the Borussia Dortmund hitman, who will be available for around £68million, courtesy of a release clause that will become enacted in the summer.

While a host of top clubs such as Chelsea, Manchester City, and Paris Saint-Germain are interested in the imperious Norwegian, Haaland reportedly favours a move to Real Madrid.

And with the 21-year-old appearing to have made his decision, reports from ESPN understand United’s attention is primarily on finding a new permanent manager to succeed Ralf Rangnick, when his interim reign expires at the end of the season.

However, with United’s apparent top target seemingly out of reach, Mirror Football considers eight alternative options they could consider.

At 21-years of age and a terrifying goalscoring record of 17 goals and four assists in 21 Serie A appearances, Fiorentina striker Dusan Vlahovic is being spoken about in the same breath as Haaland.

While La Viola’s purported £60m price-tag is not far away from Haaland’s release clause, Vlahovic’s wages would be significantly less than the apparent £30m per season Haaland is said to be demanding.

HAVE YOUR SAY! Who do you think Manchester United should be targeting? Comment below

Vlahovic is also set to enter the final year of his contract in July, but with Arsenal currently trying to manufacture a move for him in January, United may need to act sooner rather than later if they are interested in the Serbian.

The striker’s purported reluctance to move in January could buy United some time, but nevertheless, the Reds may need to be proactive in their efforts to sign him.

Joao Felix could be looking for an exit from Atletico Madrid
(

December reports from Spanish outlet AS claimed, Joao Felix was considering an exit from Atletico Madrid, having found himself on the bench under Diego Simeone.

The Portuguese ace has only started four La Liga matches all season, despite the fact he cost Atletico a seismic £113m.

While the 22-year-old has undoubtedly stagnated in recent seasons, there is plenty of time for him to improve and develop under the right coach.

According to Transfermarkt, Felix’s value has almost halved to £54m, but with four years left on his contract, Atletico would still be in a place to command a sizable fee.

Alexander Isak has proven to be a top striker, at domestic and international level

In October, Spanish outlet Fichajes claimed Manchester United were set to do battle with Manchester City over the signature of Real Sociedad star Alexander Isak.

The Swedish hitman has burst onto the scene in recent years with some stunning performances for the La Liga giants.

At 22-years-old, he is also an option who is just as much of a long-term option as he is for the present.

Isak is believed to have a release clause of around £76m, but his goalscoring record and potential to take his game to the next level, could make him a very worthwhile investment.

Timo Werner has previously been linked with a move to United
(

While Timo Werner’s Chelsea career has been blighted by inconsistency and poor form, it does not appear to have put United off the German.

Intensity, speed, and a willingness to press the opposition has regularly been United’s downfall in recent years, and Werner would bring all of these desired qualities to the Reds.

Manchester United may very well be able to capitalise on Everton ’s turmoil and make a bid for their talisman Dominic Calvert-Lewin.

Calvert-Lewin is an old fashioned, traditional centre-forward who has proven to be deadly when the service into him is right.

He would almost be a direct replacement for Edinson Cavani, whose time at Old Trafford looks likely to end when his contract expires at the end of the season.

Despite Juventus ’ struggles this season, Paulo Dybala has still managed to hammer home an excellent eleven goals and five assists in 22 appearances in all competitions.

And best of all, he could cost absolutely nothing, as his contract with the Italian giants is set to expire at the end of the current campaign.

Dybala has starred in a forward partnership with the likes of Alvaro Morata and Moise Kean this season, but if United still aspire to deploy Mason Greenwood as the lone centre-forward, then Dybala can easily slide onto either wing or behind the Englishman.

If United were to beat the likes of Inter Milan to his signature, then he would bring goals, experience, and perhaps most vital of all, options and versatility to the side.

The goals have not been stopping for Robert Lewandowski
(

For the second season in a run, Robert Lewandowski was crowned the best FIFA Men’s player.

And the Bayern Munich hitman, who has accumulated a terrifying 34 goals and five assists in 27 appearances in all competitions, could be on the move, after previously revealing a desire to depart Julian Nagelsmann’s side last summer.

Sky Sports News understands Lewandowski conveyed his wish to take up a new challenge, after eight trophy laden years at the Allianz Arena.

He may be 33-years-old, but Lewandowski has maintained his fitness and recovery in the same way Cristiano Ronaldo has; therefore, he could still be playing at the top level for many years to come.

Ekitike is beginning to establish an outstanding reputation for himself

Reims forward Hugo Ekitike only burst onto the scene this season, but he has already drawn comparisons with Kylian Mbappe.

In similar fashion to the Paris Saint-Germain hitman, Ekitike has accumulated an impressive eight goals and three assists in 17 Ligue One appearances.

Reims’ club-president Jean-Pierre Caillot publicly stated in an interview with French outlet Quotidien du Sport, that the club would be happy with €30m (£25m approximately) and a further €10m (£8.4m) in achievable bonuses.

His youth and inexperience would perhaps make the 19-year-old a bit of a gamble compared to the aforementioned names, but if his development and form continues in the same trajectory, he could potentially be a huge bargain.