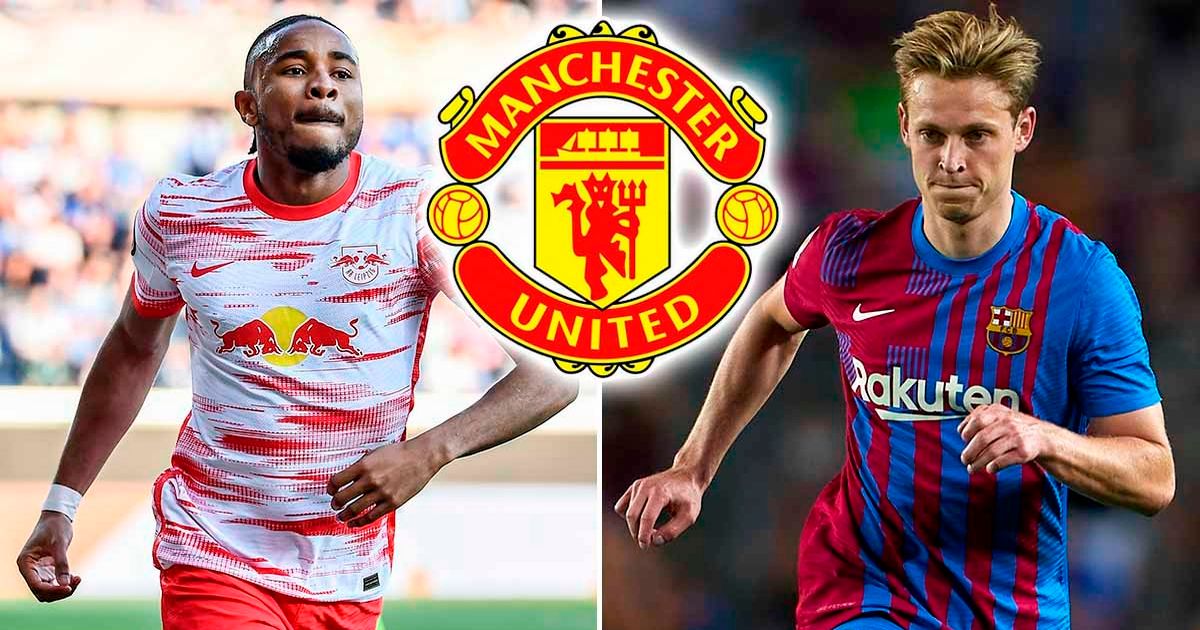 Erik ten Hag is looking to make a strong start at Manchester United – and that includes in the summer transfer window.

Following his official unveiling, first press conference and multiple meetings with his bosses, the 51-year-old has turned his attention to the transfer market before pre-season training gets under way on Monday, June 27 ahead of a tour which will take his team Thailand, Australia and Norway.

The Dutch tactician is lining up a host of targets, from his former stars at Ajax to Europe’s hottest properties. As ever, the Red Devils have been linked to countless players and will continue to be until deadline day. United face yet another seismic summer which could down as the most important in their recent history, with Avram Glazer already confirming that Ten Hag will be backed.

Join Mirror Football as we round up the latest gossip from Old Trafford.

The Red Devils are ready to step up their efforts to sign Frenkie de Jong, according to ESPN. Ten Hag’s priority transfer target would have to be convinced over a move to Manchester but the Dutch midfielder, 25, has not fully ruled out reuniting with his ex-Ajax boss after swapping Amsterdam for Catalonia three years ago.

Old Trafford chiefs could capitalise on Barcelona’s financial predicament and accelerate any potential deal, as De Jong or another star player would likely be offloaded by the Blaugrana in order for them to amass the funds required to bring in Bayern Munich striker Robert Lewandowski and Leeds winger Raphinha.

United will face reportedly competition from none other than Liverpool in their hot pursuit of Christopher Nkunku this summer. While the likes of Chelsea and Manchester City have previously been linked, Jurgen Klopp’s club have now entered the race.

Todofichajes claim that the men from Merseyside will compete with the Red Devils for the 24-year-old’s highly sought-after signature if star man Mohamed Salah leaves Anfield. The joint Premier League golden boot winner only has only year left on his contract, meaning that Liverpool would have to sell this summer to recoup a significant fee – or risk losing him for free next year.

Liverpool have shortlisted Nkunku as a potential replacement for Salah

Have your say! Who should Man Utd sign this summer? Let us know your priority target in the comments section.

Nkunku, who has recently broken into the France international setup, scored a spectacular 35 goals and registered an incredible 20 assists in 52 games for RB Leipzig this season. While the Bundesliga side are desperate to keep hold of the versatile forward, who came through at Paris Saint-Germain before Ralf Rangnick helped bring him to East Germany, a £60million bid – which United are reportedly preparing – could force their hand.

Henderson is hopeful of joining cash-rich Newcastle this summer, with Darlow potentially heading in the opposite direction as a makeweight in a permanent deal, while United prefer a loan move. Bachmann, on the other hand, will work under Rangnick for the Austrian national team next month after making 12 appearances for Watford this season as Ben Foster’s understudy.

After fellow vetaran Lee Grant announced his retirement yesterday, Tom Heaton will be holding out hope of being installed by Ten Hag as his No.2. Heaton return to Old Trafford last summer to offer experience in the goalkeeping department, and the former Burnley stalwart was handed his only and only appearance in a dead rubber Champions League group-stage clash with Young Boys.