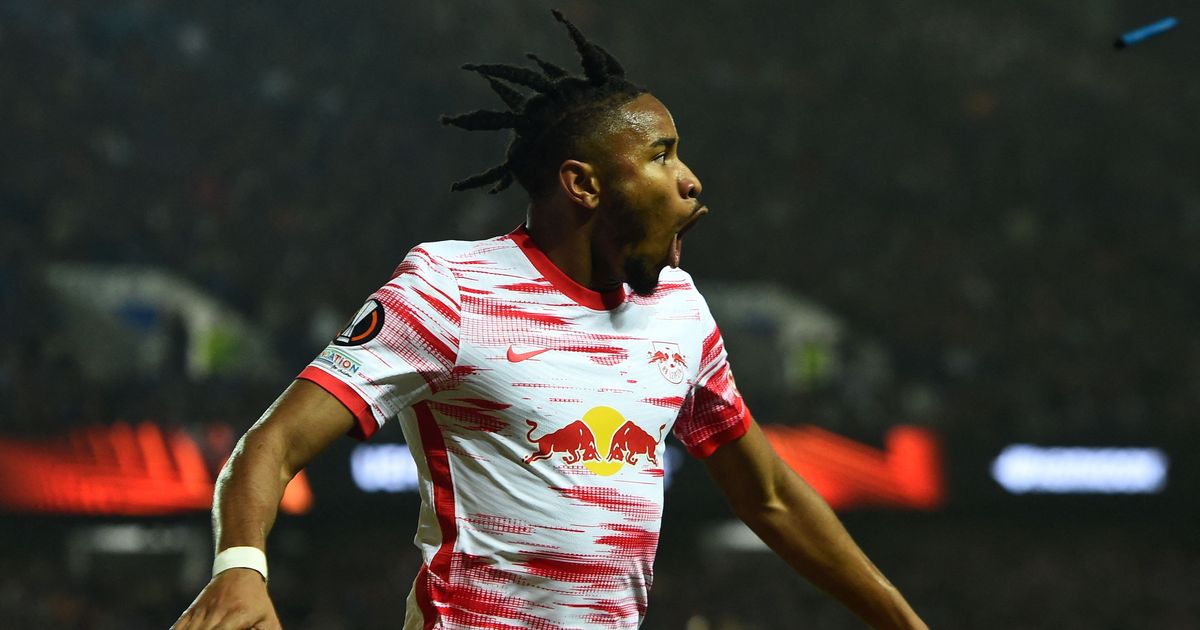 Manchester United are preparing for one of the most pivotal summer transfer windows in the club’s recent history.

If Erik ten Hag was under any illusions to the scale of the task at hand, they were blown away as he watched the Red Devils’ worst-ever Premier League season end in defeat at Crystal Palace. The Dutchman’s decision to cut short his time with Ajax now looks a wise one, with plenty of work to do ahead of his first campaign in charge.

A number of players, including the likes of Paul Pogba, Edinson Cavani and Jesse Lingard are set to depart and there promises to be a string of stars coming the other way to help build the squad in the new manager’s image.

Despite the transfer window not opening for another fortnight, the rumours, news and gossip are already coming in thick and fast and Mirror Football has taken a look at the latest batch…

Sky Sport in Germany suggest that there has now been ‘good contact’ between United chiefs and RB Leipzig forward Christian Nkunku’s representatives.

The 24-year-old, who was recently crowned Bundesliga player of the year, is said to be valued around £60m to £70m, coming off the back of a season which saw him score 35 times in all competitions.

Interim boss Ralf Rangnick personally recommended the striker to bosses at the club, with Ten Hag now set to take him up on his word.

Man Utd have made contact with Christopher Nkunku’s reps, according to reports
(

According to reports in Italy, Manchester United are looking at the possibility of signing Inter Milan central defender Alessandro Bastoni.

The 23-year-old has been a regular for the Nerazzurri and has become one of the best defenders in Serie A this term. Gazzetta dello Sport claim Inter know the sale of one high-profile player is “essential” to keeping their finances in check and Bastoni is seen as more replaceable than someone like Lautaro Martinez.

Tottenham and Man City are touted as potential rivals to United, although the report claims that a move to Old Trafford is currently the “most credible” with a bid of £51m likely to be enough to secure his services.

United CEO Richard Arnold has promised fans they will be “relentless” in their efforts to arrest the club’s fortunes. Arnold, who this year replaced Ed Woodward, told supporters that he understood their frustrations, but with the arrival of Ten Hag he is confident things will turn around.

And he also hinted that the Red Devils will be proactive in the upcoming transfer window and are determined to get United back competing for titles.

“We understand fans are frustrated and want to see change and improvement. I can assure you that we share that frustration very intensely within the club,” Arnold explained at a recent fans’ forum.

HAVE YOUR SAY! How many signings do Man Utd need to make this summer? Let us know in the comments

“But we also feel confident that change is coming because of the action being taken to drive long-term success. The appointment of Erik ten Hag was the most visible example of that action, and the most important. We’re pleased to have got that done early and we can’t wait for Erik to get started.

“Success won’t be achieved overnight but we are determined to get there, and we will be relentless in our efforts to achieve it. The support of fans will be crucial, and we accept that we have further work to do to strengthen that relationship, aided by the work of this Forum.”

In this article:Bundesliga, Featured, Manchester United, Premier League, Serie A