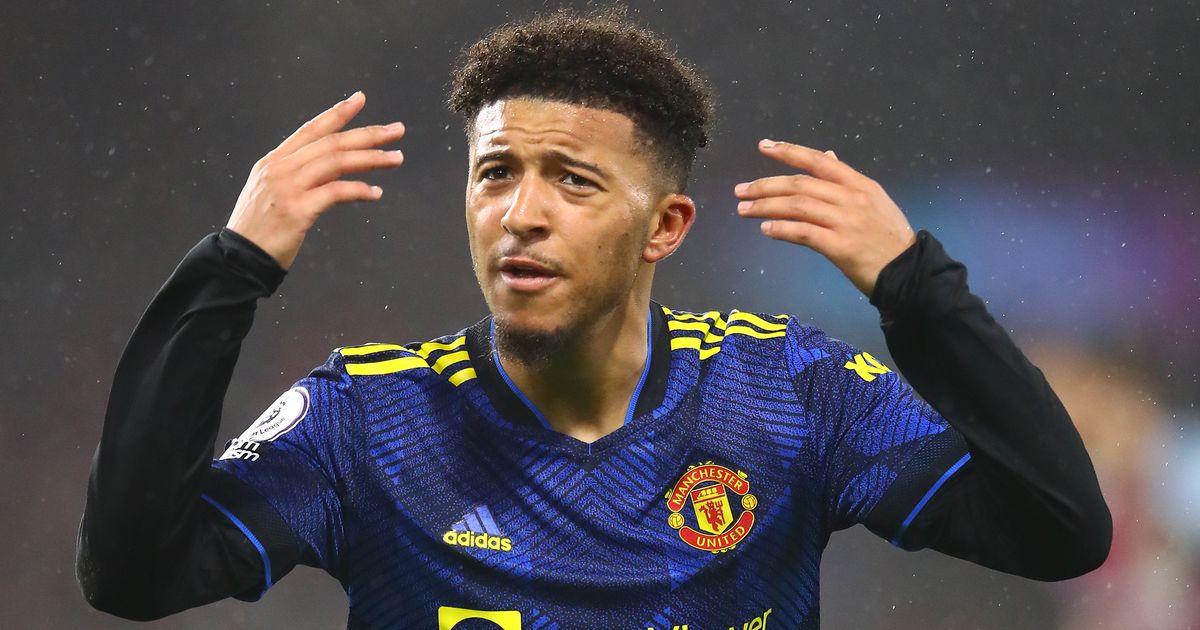 Manchester United were foiled by their own defensive errors against Burnley, and Ralf Rangnick’s side have been linked with a defender who could also help Jadon Sancho’s difficulties

Manchester United have reportedly been linked with a move for Borussia Dortmund defender Manuel Akanji.

The Switzerland international is believed to have turned down the Bundesliga giant’s latest contract offer worth around £8million per season.

Marco Rose’s side are running out of time to either pen him to a new contract or extract a transfer fee, as the 26-year-old has entered the final 18 months of his current deal.

Ralf Rangnick was once again left to rue his side’s individual defensive mistakes as United were held to a 1-1 draw away toBurnley.

And reports are claiming that the Red Devils have identified Akanji as a potential solution to their frailties at the back.

HAVE YOUR SAY! Is Ralf Rangnick the man to help rejuvenate Jadon Sancho’s form and confidence? Comment below

Jadon Sancho’s adaptation struggles have been very prominent this season

Akanji has played a pivotal role at Signal Iduna Park this season, starting 16 Bundesliga matches for the Rose’s side.

However, the Swiss defender could very well be open to a move to Old Trafford, as he has previously described the Reds as his “favourite club”.

“I have a big dream, to get as far as possible in football,” Akanji told NZZ, via Team Talk, when he initially signed for Dortmund in 2018.

“Since my childhood days Manchester United have been my favourite club. I’d like to play there one day.

“But right now, that’s not an issue. I am happy at Dortmund and try to be the best possible person off the pitch.”

Akanji could very well be about to be pushed down the pecking order at the Bundesliga giants.

The towering defender will link up with his new side at the start of next season, when his current contract at the Allianz Arena expires.

Dortmund beat the likes of Chelsea and Newcastle to the former Hoffenheim defender, who will depart Julian Nagelsmann’s side with four Bundesliga titles, the Champions League, and two DFB-Pokals.

Akanji once suggested a move to United would be a “dream”

While there is nothing to suggest that Sule’s arrival will push Akanji out of the door, it could very well carve out an opening for the Red Devils.

And there is perhaps room to suggest that Akanji could be a factor in the form of £73m man and Akanji’s former teammate, Jadon Sancho.

While the Englishman impressed during United’s draw at Turf Moor, his form has presented both Ole Gunnar Solskjaer and Rangnick with a conundrum.

The 21-year-old has only contributed three goals in 25 appearances in all competitions since arriving from Dortmund last season.

However, former United ace Rio Ferdinand believes the youngster is not totally to blame, as he has not always been utilised in the best way.

“I think sometimes adaptation to the league, he’s come from Germany, a very different style, the pace, he came from a team with identity, understanding of how to play, he was finely tuned into that.

“I think some people expected with the price-tag and he’s came to Man United he’s going to be someone marauding from box-to-box, he not like that.

“He’s more of a thinking winger who can play things, the team has to be set up for someone like that to play.