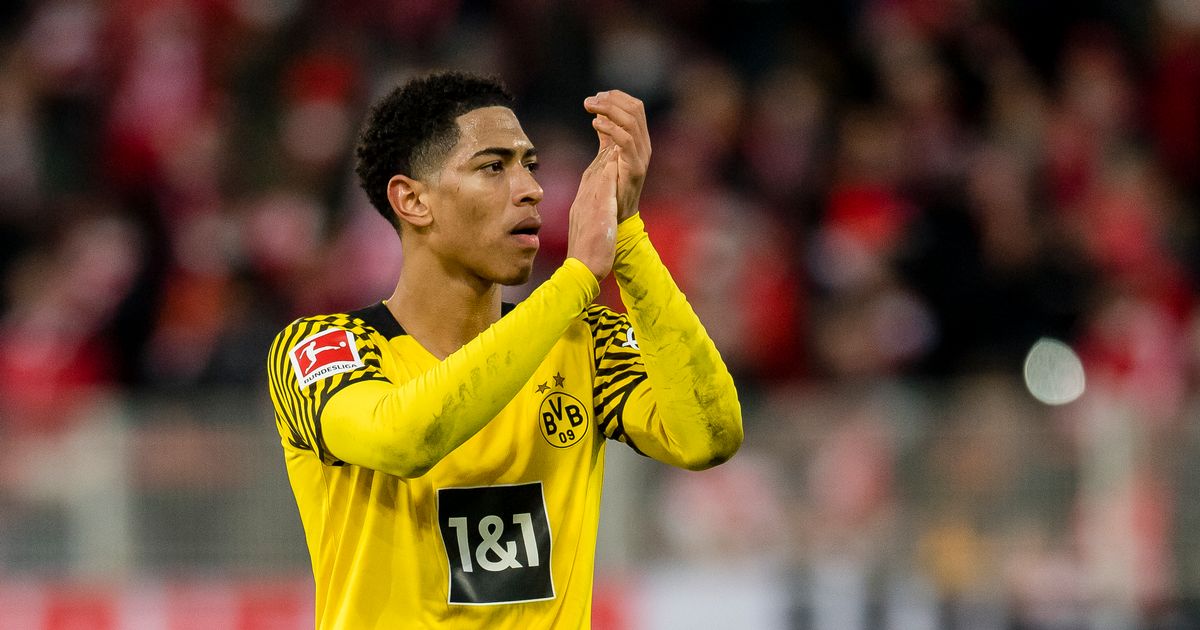 Manchester United pulled out all the stops to try and sign Jude Bellingham from Birmingham City back in the summer of 2020, but the midfielder chose Borussia Dortmund

Football director John Murtough was partly to blame for Manchester United not signing Jude Bellingham from Birmingham City, according to reports.

Bellingham left his hometown club Birmingham for Borussia Dortmund in July 2020 after the German club agreed to pay an initial fee of £25million for the midfielder.

He was just 17 years old at the time, but has since gone on to develop into one of Europe’s brightest talents by making 76 appearances for Dortmund.

United were very keen on Bellingham and made concerted efforts to lure him to Old Trafford, offering Birmingham £30m in January 2020, according to Sky Sports .

The club pulled out all the stops, enlisting Sir Alex Ferguson to convince him and giving him a tour of the training facilities.

Bellingham was said to be ‘blown away’ by the efforts United went to, particularly the meeting with legendary manager Ferguson.

But in the end he decided to follow in the footsteps of Jadon Sancho, who left Manchester City ’s academy for Germany, to join Dortmund.

“The direction they are heading in and how much they help to improve young players made it an easy decision for myself and my family,” he said after signing.

It now seems as though Dortmund’s record of developing young players was the deciding factor in Bellingham’s decision.

A fresh report by The Athletic says Murtough led United’s pursuit of Bellingham, but that a presentation he gave the young midfielder failed to have the desired effect.

Murtough reportedly could have ‘made a more compelling case for first-team minutes’ – a factor which was clearly hugely important to Bellingham.

That fact was underlined by the comments from Dortmund’s sporting director, Michael Zorc, after the signing was completed.

“Jude Bellingham confidently chose BVB and, of course, was primarily concerned with the sporting perspective that we showed him,” he said.

“He has enormous potential that we want to develop with him in the coming years.”

Although Dortmund won the race for his signature back in the summer of 2020, United are continuing to keep tabs on Bellingham.

Murtough became United’s first ever football director in March 2021 and has seen his power grow even further since then.

United are known to be targeting a world-class central midfielder and could well return to their interest in Bellingham, who has eight goals and 14 assists for Dortmund.

With Ed Woodward having stepped down to be replaced by Richard Arnold as chief executive, Murtough should have ‘licence to make bigger decisions’ this summer, according to The Athletic.

While the search for a new manager to replace interim boss Ralf Rangnick is the current priority – with Mauricio Pochettino and Erik ten Hag leading the race – player recruitment will also be key in the off-season.