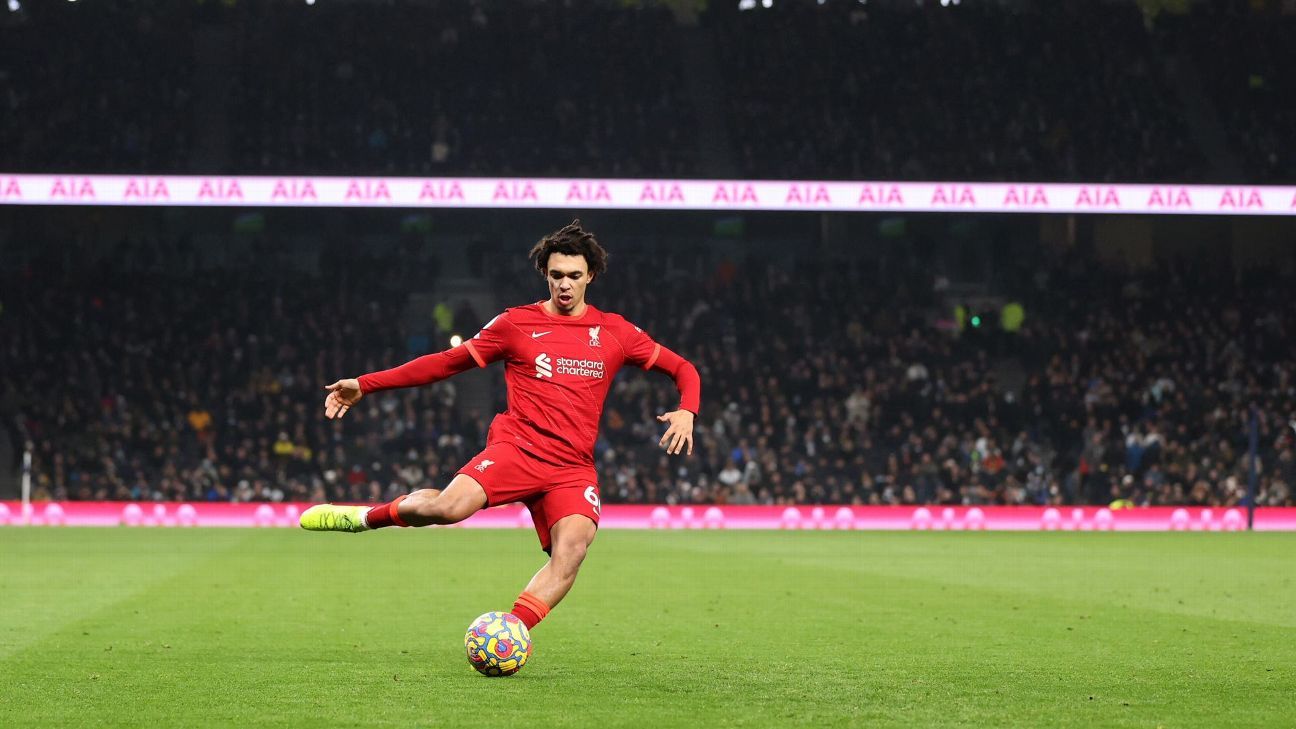 Liverpool defender Trent Alexander-Arnold has questioned Manchester City’s failure to the win Champions League despite their recent dominance in England.

Although City have won the Premier League on five occasions in the last 10 years and claimed an unprecedented domestic Treble in 2018-19, they have never won European football’s biggest prize.

Pep Guardiola’s side reached the club’s first-ever final last season but fell to a 1-0 defeat at the hands of league rivals Chelsea.

Alexander-Arnold played a key role in helping Liverpool claim the 2019 Champions League crown and the 2020 Premier League title and said City have yet to prove they can compete on both fronts.

“We don’t feel disappointed that we haven’t won enough trophies as the ones we have won are the biggest and best you can get your hands on,” he told a news conference on Tuesday ahead of the round-of-16 first-leg against Inter Milan.

“Not making any digs but you look at Man City’s amazing team and they haven’t been able to lift the Champions League.

“They won a couple of Prems but haven’t been able to win the Champions League. We’ve won both over the last few years and it shows you we can do it in both competitions.

“There is an expectation now, as a team and players, to win trophies. One trophy a season minimum is what we have to achieve. With the squad and manager we have we should be winning trophies.

“It is expected now. It is not the stage where we are happy to get in finals and it is a day out. There is an expectation now to want to do it every season.”

City — who face Sporting Lisbon on Tuesday in the Champions League — hold a nine-point lead over Liverpool in the league but Jurgen Klopp’s side have a game in hand.

Meanwhile, Klopp said he has a fully-fit squad available for the European tie with club captain Jordan Henderson back from injury, and forwards Mohamed Salah and Sadio Mane making their first starts since returning from the Africa Cup of Nations in Liverpool’s win over Burnley.

“It’s a good situation to have. It helps that we have options and solutions for different problems,” Klopp told reporters. “We need fresh legs for this game, but much more important is we can change five times in the game.

“Hendo is fine. He got a knock on his knee, today was the second day of recovery for him and a lot of players, so it was not the longest session. There are no issues really.

“Both Mo and Sadio don’t drink alcohol at all and they’re both a force of nature, so they recover extremely quickly. I’m not surprised that they’re already back to playing.”