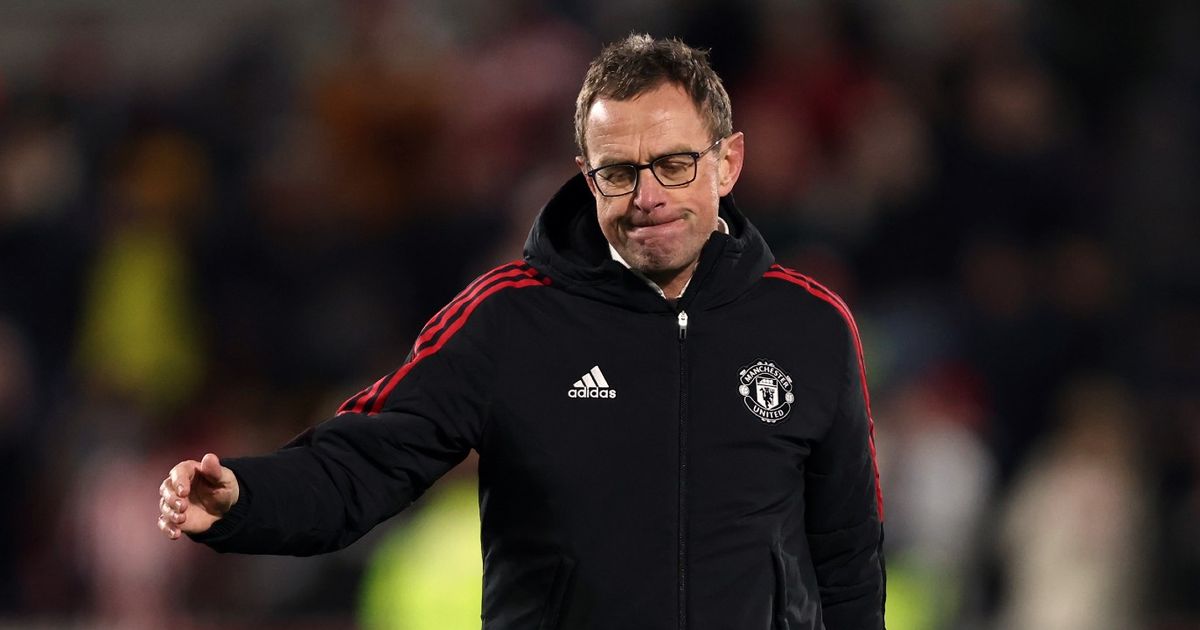 Former Manchester United transfer target Denis Zakaria has lifted the lid on why he snubbed a move to Old Trafford – insisting that Juventus “showed the most desire” to sign him.

Zakaria was earmarked by United interim boss Ralf Rangnick as a potential signing ahead of the January transfer window, and there was even a suggestion that the German had personally held talks with the midfielder.

But it was Juventus who snapped up Zakaria’s services in a £6million deal in the final days of the winter window.

The 25-year-old was available for a cut-price fee last month, with Borussia Monchengladbach choosing to cash in on their prized asset rather than lose him for nothing in the summer.

And after making a dream start to life in Turin by netting on his debut in Juve’s 2-0 win over Verona on Sunday night, the Swiss midfielder has revealed why he plumped for the Italian giants ahead of United.

Join the debate! Do you think Man Utd made a mistake by passing on a deal for Zakaria in January? Let us know here.

“Because Juventus are the club that showed the most desire to sign me,” Zakaria told La Tribune de Geneve when asked why he signed for the Old Lady. “There is something to do with the feeling too.

“You can feel the way people talk to you, the interest people have in you. Other clubs that approached me were more reserved. With Juve, there was an immediate real interest in me, with concrete things from the outset. It’s pleasant, rewarding, and that made the difference.”

Zakaria racked up over 200 appearances for Monchengladbach during his stint in the Bundesliga, but reports emerged last month hinting that a move to Manchester was unlikely.

Although Rangnick is a big fan of the all-action midfielder, it was suggesting that United scouts had doubts over Zakaria’s “long-term suitability” for the club.

There were also reportedly concerns over Zakaria’s form following his recovery from a serious knee injury back in November 2020.

A combination of those factors, plus Juventus’ desire to get a deal over the line, paved the way for Zakaria to pen a multi-year deal with the Serie A giants – with United seemingly content to tackle their well-documented midfield issues in the summer window.

Zakaria made an instant impact at Juventus by netting on his debut for the Italian giants
(
Advertisement. Scroll to continue reading.

It remains to be seen if they’ll regret that decision, with Zakaria making an electric start to life at the Allianz Arena.

Meanwhile, United face the prospect of having to break the bank to land their No 1 midfield target Declan Rice in the summer, if reports are to be believed.

The West Ham talisman has evolved into an integral player for both club and country over the past 18 months, with Hammers boss David Moyes insisting that it would take “humungous money” to persuade the Londoners to cash in on their star man.

“I can’t stop that, except say to them that you will need humongous money to get close,” Moyes said when discussing Rice prior to his FA Cup heroics for the Hammers at the weekend.

United look set to turn their attention to striking a deal for Declan Rice in the summer
(
Advertisement. Scroll to continue reading.

“That’s what you would need to do. They can write all they like, but he’s here for certainly a few years.

“I said in the summer that I thought Declan Rice was [worth] £100m. That was the sales, that was cheap, that was your chance to get Declan Rice cheap. You can make your mind up what I’m talking about.

“There’s very few people like him out there. It’s like buying something that there isn’t many of them.

“He is a special, special edition, a special player and for me he is probably the best midfield player in Europe at this present time.”

In this article:Bundesliga, Featured, Juventus, Manchester United, Serie A