How USA star Yunus Musah could have played for England 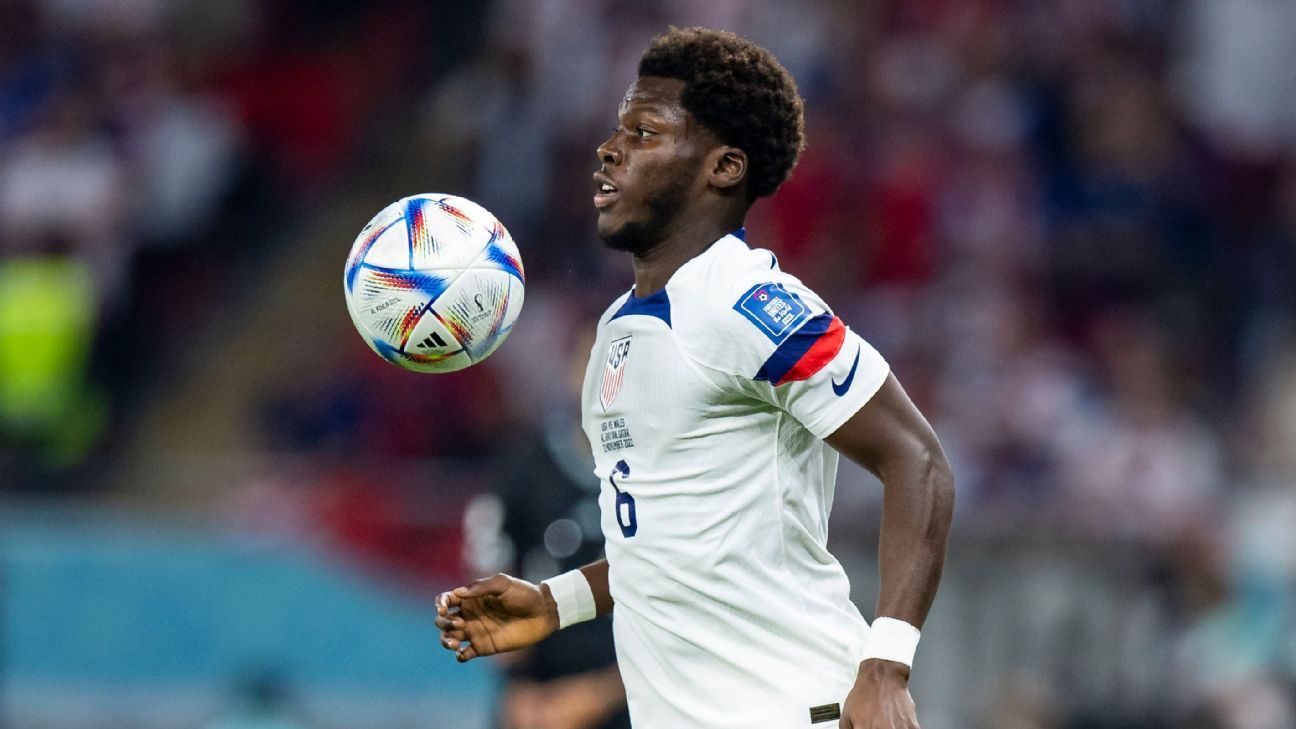 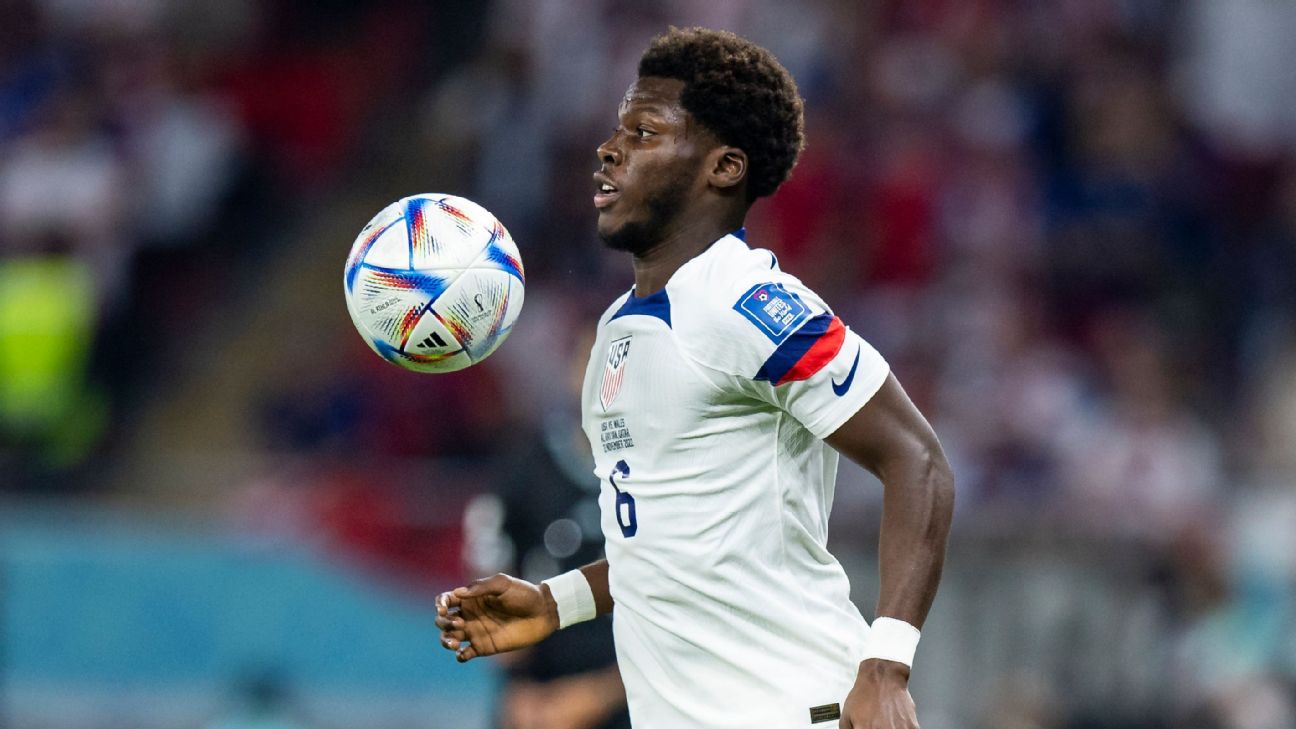 AL RAYYAN, Qatar — Yunus Musah will be a centerpiece for the US men’s national team when it faces England in a critical World Cup group stage match on Friday, but he was close — very, very close — to playing for the other side.

In fact, if not for a quirk of scheduling because of the COVID-19 pandemic two years ago, Musah — who spent his teenage years growing up in London and representing England’s youth national teams — would likely be featuring for the Three Lions instead.

“We talked about it so much because there were a lot of feelings,” Musah’s older brother, Abdul, told ESPN. “Looking back, the situation was so unusual. But I remember picking up Yunus at the airport after he came back from his first time with the US and I said, ‘How was it?’ and he looked at me and he said, ‘I’m not going anywhere else.’”

That conclusion seems simple enough, but getting to it was actually quite tricky. Musah’s initial time with the US came in November 2020 — a match window that would normally have staged World Cup qualifiers, but only consisted of friendlies because of global travel chaos amid the pandemic. This turned out to be a key development for Musah because by rule, a player with eligibility for multiple nations becomes committed to a country once they play in a senior-level official game for that country. Friendlies don’t count.

So, if there had been the regularly scheduled qualifiers instead of exhibitions, Musah, who was born in New York City to Ghanaian parents (his mother was on vacation at the time) and was raised in Italy and England, likely would have turned down the US invitation to camp. “I don’t think he would have gone if he knew that going would have made the decision,” Abdul said, adding that he and Musah were “very honest” with the England federation officials about Musah’s intentions.

“We spoke about it at home. We had to be so grateful to them,” Abdul said, referencing his brother having played more 30 matches for England at the youth level. “But ultimately the decision comes down to: Can you chose them for what they have done?”

“Obviously they tried to convince us to stay. Some may argue that they could have done more. But Yunus wanted to try it.”

Musah’s connection to the other young rising stars on the US team was immediate. Obviously playing time and a more central place within a team are always factors for a dual-national, but despite the family’s connection to London, Abdul said he could sense his brother’s passion about the US immediately after those first exhibitions against Wales and Panama.

The US initially made contact with Musah through Nico Estevez, an assistant for the US who had connections at Musah’s club, Spanish LaLiga side Valencia. Musah’s conversations with US coach Gregg Berhalter were certainly positive, but it was the atmosphere he felt among the players in camp that really intrigued him.

“It was as if we’ve seen each other or met each other before,” Musah told ESPN after finalizing his decision. “And that that helps me because I’m new, and they welcomed me really well. In the end, we played two games really well and also had fun.”

Although he’s less well known among casual US fans than Christian Pulisic, for example, Musah — who will turn 20 on Nov. 29, the day the US faces Iran in its last group stage match — has been the pick of many observers to be the next American breakout superstar. His presence in midfield and his ability to move the ball forward into dangerous positions can change a game, while his personality — he unofficially has the widest smile on the US team — is relentlessly upbeat.

Abdul says his brother has always been that way, adding that their entire family was raised to be humble and grateful for that which they have. In fact, when Musah was considering which English academy team to join, he was on the verge of signing with Chelsea but joined Arsenal at the last minute because it was closer to his house in East London, and the old-style clubhouse reminded him of the more ramshackle team he had played for as a boy in Italy. “The moment you entered, it felt like home,” Abdul said.

With Ghanaian, English, Italian and American sensibilities, Musah’s entire life feels like a unique mixture. The only Muslim on the US team, he’s been very aware of the differences that come with being in Qatar — the call to prayer can often be heard during US training — but the truth is that his daily routine has always been an amalgam of cultures.

At home in Spain, Musah and Abdul, who lives with him, dip in and out of multiple languages, sometimes defaulting to Italian but then switching to English if they’re talking about, say, the Premier League. They love Ghanaian food, like jollof rice, but also are still very picky about having their pasta prepared in the northern Italian style since that is where they lived until Musah was nine. Their humor may skew more British, Abdul said, while Musah’s musical and entertainment tastes hedge American. If he gets a cold, they fall back on Ghanaian herbal remedies.

It is a tapestry. And for Musah, the comfort he feels to be all of those things is never at issue when he’s with his American teammates. He can express himself, both as a person and a player. And that ability inspires a happiness in him that makes his entire family grateful.

“From that first time, he felt as if he belonged,” Abdul said. “England was amazing for him. But he feels so proud to be representing the USA. It’s where he wants to be.”