Arsenal manager Mikel Arteta cast his net wide when he opted to let some of the fringe members of his squad leave on loan.

The Gunners have players in Germany, France and Spain, as well as the Premier League, gaining valuable first team experience while the current crop strive to qualify for a place in Europe next season.

Arteta sent out five players on short-term deals in January alone, with some unhappy with the bit-part roles they had been reduced to.

So how are those seven hopefuls getting on in their respective spells?

So from William Saliba to Matteo Guendouzi – here’s an update on Arsenal’s loan departures.

Torreira slipped down the pecking order under Arteta last season, prompting the Spaniard to loan the 25-year-old out to Atletico Madrid for the season.

Unfortunately, the Uruguayan has started just three La Liga matches all season, and has spent most of his time on the bench.

Torreira has shown in the past that he has the ability to make it at Arsenal, it’s just whether he can find the form and opportunities to impress.

Saliba has missed just two games since joining Nice on loan during the January transfer window.

Having been left out of Arteta’s plans, the Frenchman was allowed to return to Ligue 1 for the remainder of the season.

And he’ll be hoping that his form for Nice persuades Arteta to give him another chance next season.

Having been exiled following his outburst at Brighton last season, Guendouzi was shipped off the Hertha Berlin for the year.

The midfielder has had an indifferent season out in Germany in truth, though he has managed to get plenty of game time under his belt.

The France U21 international has revealed that he is keen to return to the Emirates, but his future remains a little unclear.

With one eye on a place at this summer’s Euro’s, Maitland-Niles opted to push for a loan move in January, not content with mostly warming the bench.

The 23-year-old has got his wish of first-team football, not missing a minute with West Brom as they battle relegation to the Championship.

Maitland-Niles has even been used in an attacking-midfield role, showing how valuable his versatility is.

Another who could have been forgiven for enjoying the warmth of the Arsenal bench, Willock joined Newcastle on loan this winter.

The 21-year-old has got plenty of game time under his belt, and even scored against Southampton back in February.

Willock has a bright future at Arsenal, that much is certain.

Greek defender Mavropanos has spent the last 12 months or so out in Germany on loan.

Currently with Bundesliga side Stuttgart, he has settled in well out there after recovering from a torn meniscus.

Mavropanos was with second tier FC Nuremberg before that, and it is unclear whether he features in Arteta’s plans going forward.

Kolasinac could have played his last game for Arsenal, having become an important player for Schalke in just the couple of months he’s been there.

The left-back is already captain of the Bundesliga relegation battlers, and there is talk of him making the move permanent, even if they do drop down.

The 27-year-old found game time hard to come by earlier this season, with Kieran Tierney preferred in his role. 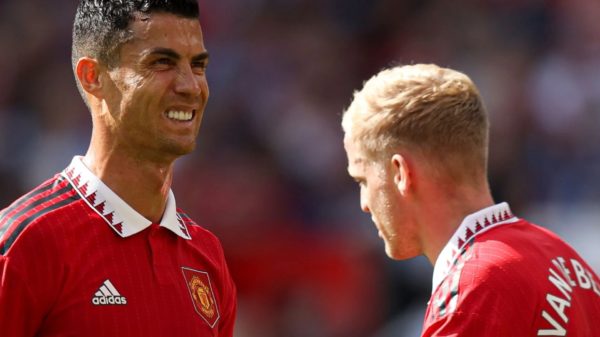