He 'doesn't understand' life outside Barcelona 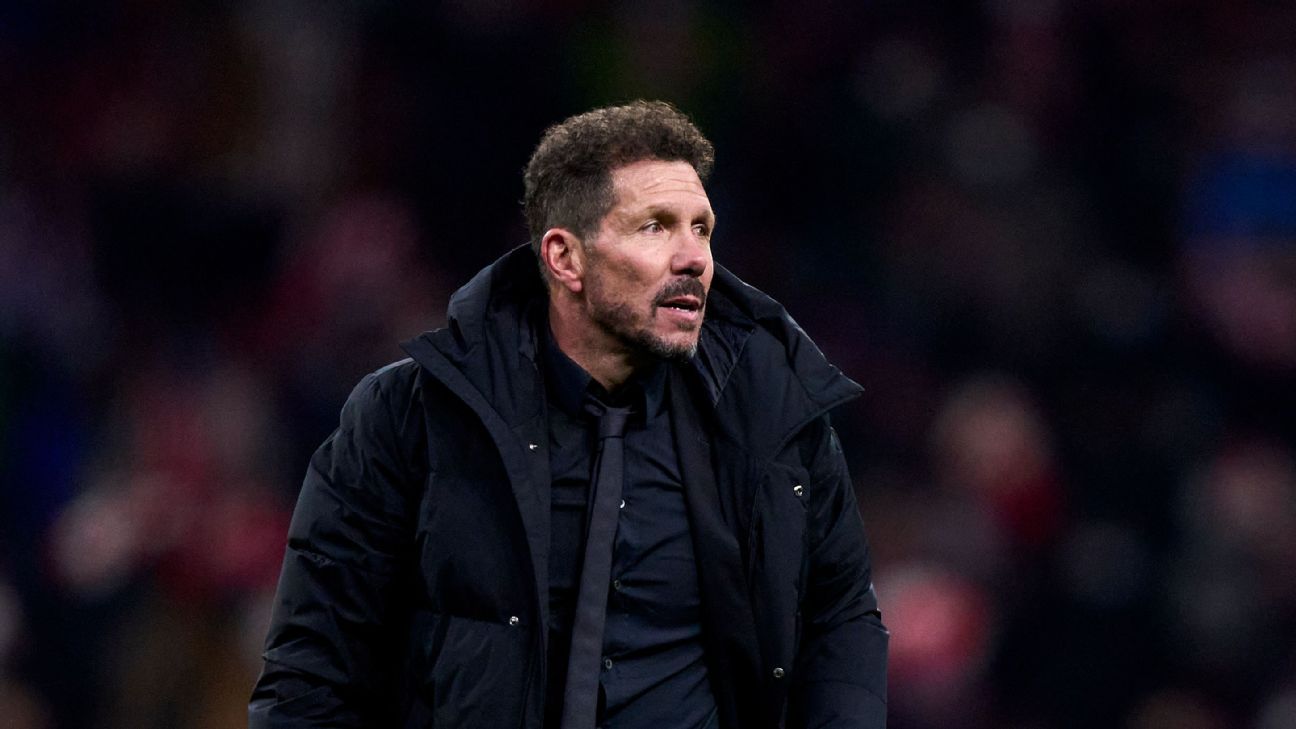 Diego Simeone has hit out at Xavi Hernandez’s criticism of Atletico Madrid’s playing style, saying his opposite number “doesn’t understand” life outside of Barcelona.

Barca host champions Atletico at Camp Nou on Sunday with just a point separating the two teams in the LaLiga table, as they battle for a place in the top four.

In a pre-match news conference on Saturday, Simeone appeared stung by comments Xavi — known as a fierce defender of Barca’s footballing philosophy — had made about his Atletico team years earlier.

“I remember Xavi saying in 2016 on Universo Valdano (a programme on Spanish television) that Atletico Madrid’s style wasn’t a style for big teams,” he said.

“Now he will have the opportunity — with all these new players arriving, he has eight now for three positions (in attack) — he will be able to deploy the team that he wants, that he imagines, what he grew up with at Barcelona. And we will try to take the game where we can hurt them.”

A busy January transfer window saw Barcelona strengthen up front by signing Ferran Torres from Manchester City, Adama Traore on loan from Wolverhampton Wanderers and Pierre-Emerick Aubameyang after he was released by Arsenal. While, Ousmane Dembele, who had been close to leaving, staying and is included in the Barca squad for Sunday’s clash.

Simeone pointed to Xavi’s lack of experience elsewhere in football — having spent the entirety of his career at Barcelona, before joining Al Sadd in 2015 — as the reason for his outlook.

“When you have only ever experienced one situation, you don’t understand any other,” he said. “If you have moved around, experienced different situations in life, you understand that it isn’t just about one thing.”

However Simeone — who has never won at Camp Nou as coach in a decade spent in charge of Atletico — backed Xavi to succeed at Barca, after taking over from Ronald Koeman in November.

“I like how Barcelona play,” he said. “[Xavi] has imposed the philosophy that he has had all his life. With the players he has brought in, obviously he has a lot of tools… Since I’ve been here Barcelona have always fought to be champions. And with these new weapons, they have a chance for sure.”

Xavi doubled down on his criticism when Simeone’s comments were put to him later on Saturday.

“It wouldn’t be Barça’s style,” he said. “People wouldn’t understand us playing like Atletico Madrid, it wouldn’t fit. I’m not saying it doesn’t have merit, that they aren’t competitive, that they haven’t won trophies. But it isn’t our idea [of how to play].”