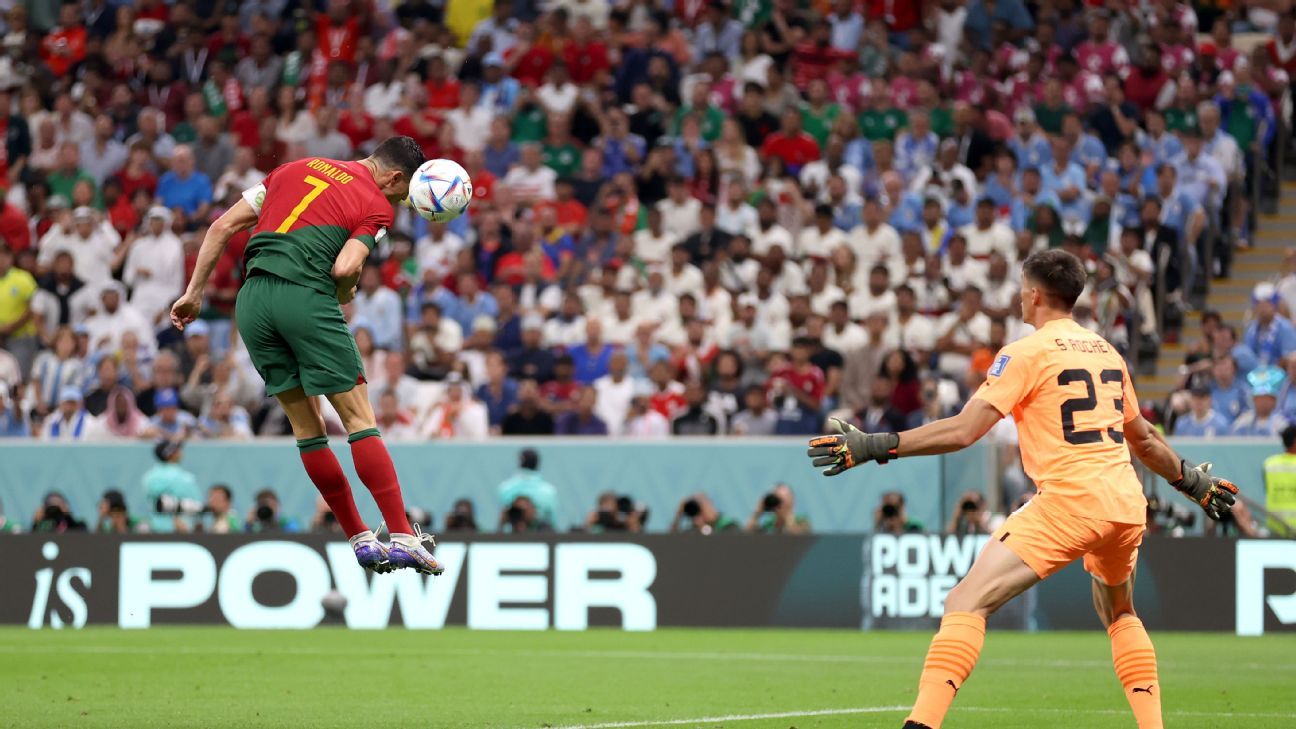 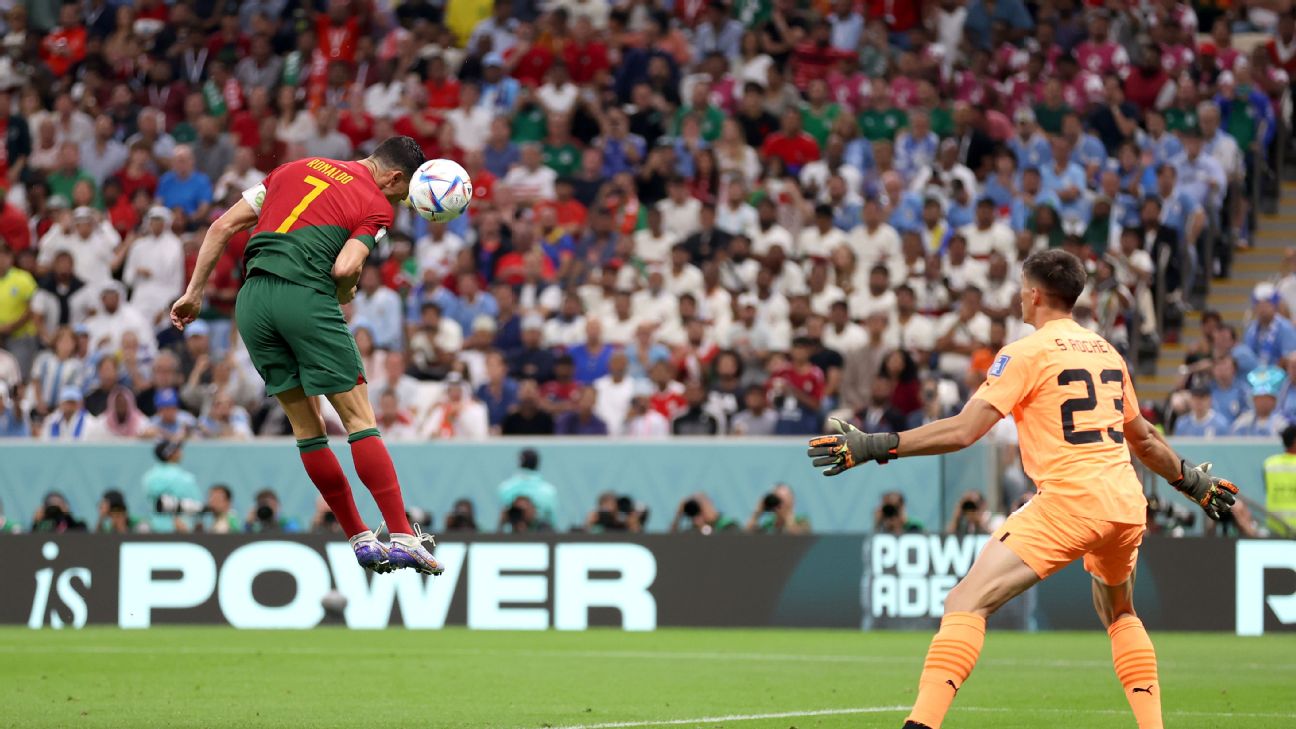 Technology in the match ball used at the World Cup proved conclusively that Cristiano Ronaldo did not make any contact with the ball for Portugal’s opener in their 2-0 win over Uruguay on Monday, FIFA and ball manufacturers adidas have confirmed to ESPN.

Portugal opened the scoring in the 54th minute but the identity of the goalscorer was shrouded in doubt with both Bruno Fernandes and coach Fernando Santos unable to clarify postmatch whether or not Ronaldo provided the decisive final touch.

And now, ESPN has been told the technology inside the ball proves Ronaldo’s head did not make contact with the ball for the opener, meaning the goal is awarded to Fernandes.

“In the match between Portugal and Uruguay, using the Connected Ball Technology housed in adidas’s Al Rihla Official Match Ball, we are able to definitively show no contact on the ball from Cristiano Ronaldo for the opening goal in the game,” a statement provided to ESPN from FIFA on behalf of adidas read.

“No external force on the ball could be measured as shown by the lack of ‘heartbeat’ in our measurements. The 500Hz IMU sensor inside the ball allows us to be highly accurate in our analysis.”

The match ball includes technology which can provide real-time data to match officials. It also captures every touch made by players with sensors, with the original press release back in July stating the technology “will help inform offside situations as well as assist in detecting unclear touches thereby ultimately improving the quality and speed of VAR decision-making process.”

Fernandes’s 54th minute cross initially looked to have been directed into the net with a glancing touch by Ronaldo’s head, but television replays suggested that the 37-year-old did not make contact with the ball.

Fernandes was announced as the goalscorer on the big screen in the stadium, despite Ronaldo celebrating as though the goal was his, which would have taken him to nine World Cup goals for Portugal and level with legendary former striker Eusebio.

– Why Portugal’s VAR handball penalty was the wrong decision

But speaking after being announced as Player of the Match, Fernandes admitted even he didn’t know whose goal it was.

“I celebrated [the goal] as if it had been Cristiano’s goal,” Fernandes said in his postmatch interview. “It seemed to me that he had touched the ball. My aim was to cross the ball for him.

“We are happy with the victory regardless of who scored. The most important thing is that we achieved our aim which is to be in the next round.”

But it is now definitively awarded to Fernandes, with Ronaldo’s wait for his ninth World Cup stretches to their final group match against South Korea.