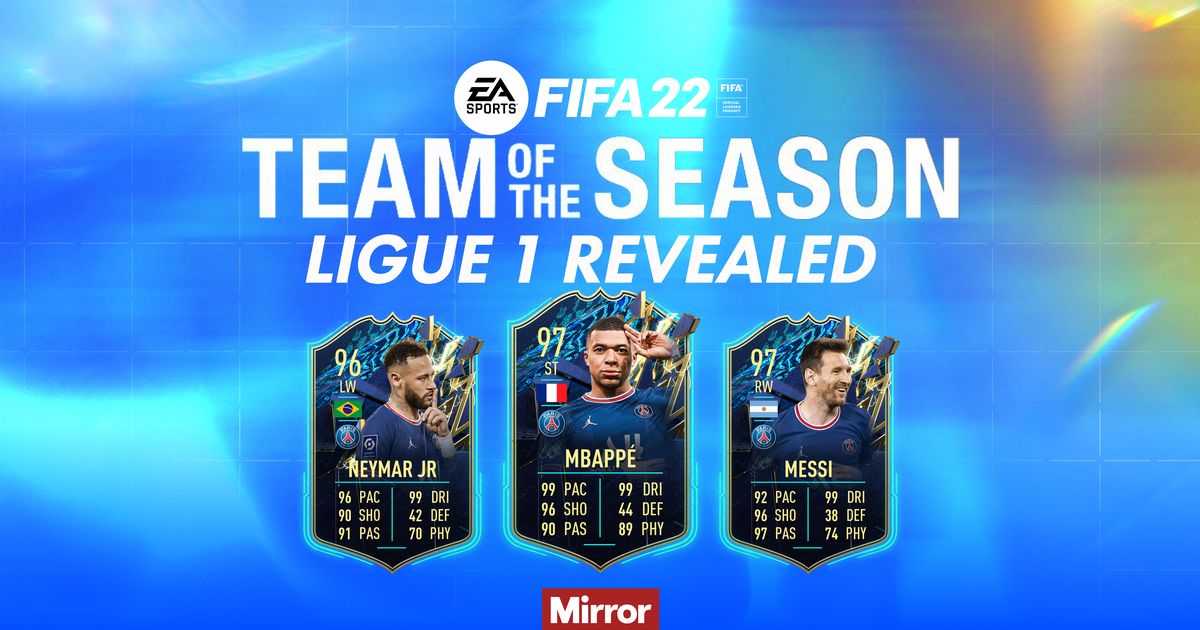 The FIFA 22 Ultimate Team TOTS promo has been extremely popular in FUT 22 so far, with the Ligue 1 TOTS squad being the ninth TOTS squad to be released so far. The Ligue 1 TOTS is the fifth major league release of the promo, following the Community, Premier League, Bundesliga and La Liga TOTS squad releases.

The FIFA 22 Ligue 1 TOTS features 15 of the best performing French-based players from the current 2021/22 campaign, including players from Paris Saint-Germain, Lyon, Marseille, Lens, AS Monaco, Rennes and Nantes. Along with the release of the Ligue 1 TOTS, EA has also released the TOTS Swaps 2 program, boosting players’ potential rewards.

PSG duo Messi and Mbappe are the highest-rated players in the squad with both rated 97 overall, whilst Neymar takes third best, rated 96 overal. Check out the full FIFA 22 Ligue 1 TOTS squad below, which will be released into packs from 18:00 PM BST on Friday, May 27, 2022.

During Team of the Season you’ll find weekly TOTS-themed player SBCs and Objectives to complete, as well as Flashback SBCs for players who made TOTS in past squads. There will also be TOTS Moments and U23 TOTS Moments player SBCs for players who had standout moments during the 2021/22 season, in addition to upgrade SBCs to help you boost your squad.

To celebrate Team of the Season, the FUT Champions Finals and Squad Battle rewards are getting a refresh. Throughout TOTS, you’ll be able to earn TOTS themed rewards including TOTS guarantees, TOTS FUT Champions Red items, and TOTS Loan player items at select ranks.