Euro 2020: Gundogan and Werner among Germany's reasons to be optimistic in Joachim Low's swansong

Joachim Low said it was a ‘black day’ when Germany were thrashed 6-0 by Spain in November.

The defeat was the worst Low had suffered since taking charge of the national team in 2006 and was particularly worrying given it came just seven months beore the start of the Euros.

Germany have been spiralling since their dismal defence of the World Cup in 2018 where they finished bottom of their group after defeats by Mexico and South Korea.

Their UEFA Nations League campaign wasn’t much better with two wins from six games. The German press tore into Low after the humiliation by Spain, calling it ‘The Jogi Disaster’.

There were also calls for him to reinstate World Cup winners Thomas Muller, Jerome Boateng and Mats Hummels, all of whom have returned to form with their club teams since they were axed from the national side in 2019. 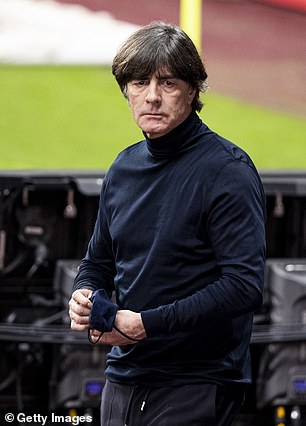 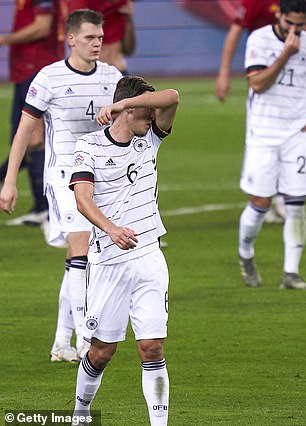 Low has stood firm on his squad selection for the three World Cup qualifiers this month and with winnable games against Iceland, Romania and North Macedonia – his players simply have to deliver.

Germany face a tough Euro group with France, Portugal and Hungary and will want to head into the tournament in the best of form.

But there are reasons to be cheerful. Many of Low’s players have excelled for their club teams with Ilkay Gundogan leading Manchester City’s title charge. The German contingent at Chelsea have been reinvigorated by new boss Thomas Tuchel and Low also has two new and promising youngsters in the ranks.

Four months on from their worst result in 15 years, Sportsmail takes a look at why German fans can be optimistic heading into the World Cup qualifiers and the Euros this summer. 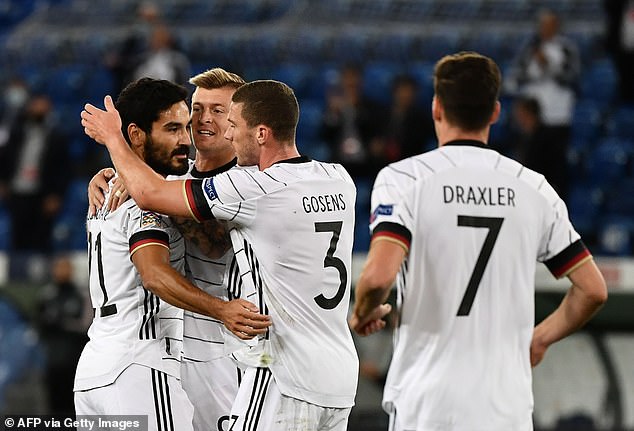 Manchester City were 10th in the Premier League when Gundogan joined up with Germany in November and the midfielder had just two goals, both in the Champions League.

Since then, he has scored 14 goals, 12 in the league, and City are 14 points clear at the top of the table.

No player in the Germany squad has played better than Gundogan in the last four months and he will be key to helping Low’s side improve their form.

The midfielder played 90 minutes of the defeat by Spain but was still getting back to full fitness after missing the start of the season due to coronavirus. 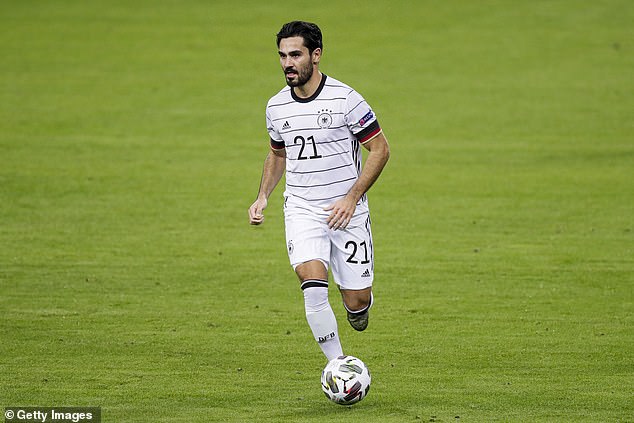 Gundogan missed the 2014 World Cup, which Germany won, and the 2016 Euros through injury. He was selected for the 2018 World Cup but his only appearance came as a substitute in the 2-1 victory over Sweden.

The midfielder will be more determined than ever to perform on the national stage and he was singled out for individual praise by his manager earlier this week.

‘Ilkay is an exceptionally good strategist, he always was but he was injured in the past ahead of major tournaments,’ Low said. ‘

‘He has not had any injuries for two or three years now and has played regularly, showing a lot more goal threat.’

It looked like Timo Werner was just starting to find his form at Chelsea before the last international break. The forward had scored four goals in his last four games after initially struggling to find the net.

Two goals in the 3-1 victory over Ukraine indicated he was back to his best. Then came the defeat by Spain. Following that, Werner went on a 14-game goal drought in the Premier League, scoring only in the FA Cup third round tie against Morcambe.

However, since Thomas Tuchel tookover from Frank Lampard in January, the striker has looked more confident and his overall contributions have improved. He may only have one goal under his new boss but he also has four assists and has won two penalties. He no longer looks deflated and will be looking to fire in goals against beatable opposition.

Antonio Rudiger had made only one Premier League appearance before the last international break but he has become a regular under Tuchel and has put in commanding performances.

The centre back has helped the Blues to 12 clean sheets in 14 games and has shown he can still cut it at the highest level. Rudiger did not feature in the Spain match and can help sure up Germany’s defence with his experience. 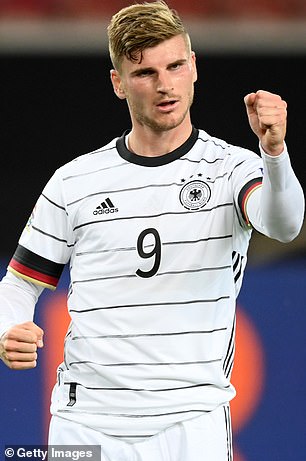 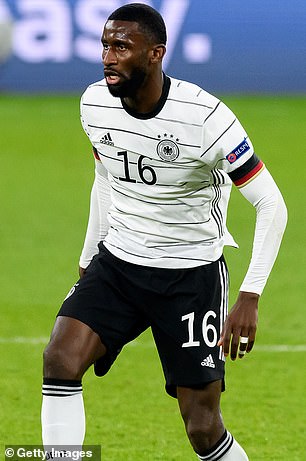 Germany were missing Joshua Kimmich and Kai Havertz for the last international break, two players who are likely to be a key part of the squad going forward.

Kimmich has 50 caps at international level and is having another excellent season with Bayern Munich. The 26-year-old is primarily a defensive midfielder but has also shown his versatility.

His performances at right back for Bayern saw him win ‘Champions League Defender of the Season’ for the 2019-2020 campaign.

Only Thomas Muller has more assists than Kimmich in the Bundesliga this season and he was undoubtedly a big miss during the last international break. 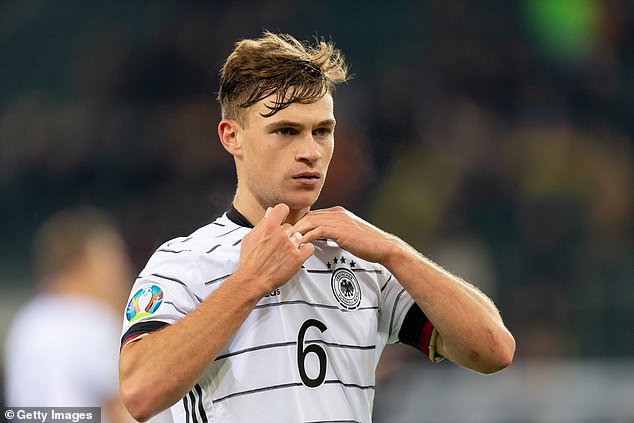 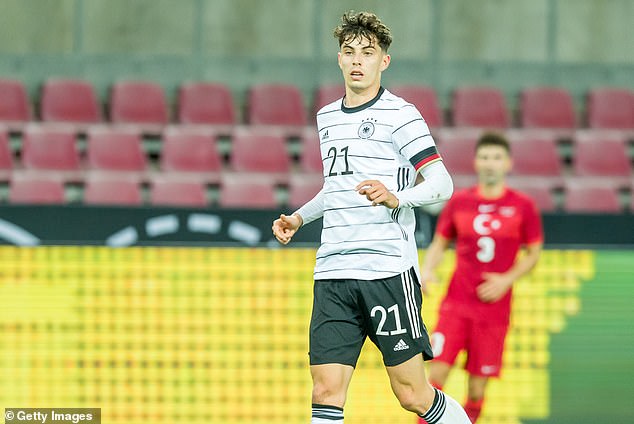 Havertz also makes a welcome return after missing the last fixtures due to coronavirus.

The 21-year-old already has six assists and two goals in 10 international matches and he comes into the squad having recently played his best games in a Chelsea shirt.

Like Werner and Rudiger, he has been reinvigorated by Tuchel. It was probably a blessing he was not available for the match against Spain and he will be full of confidence heading into these fixtures.

Low has already won one battle against England this year after convincing Jamal Musiala to pledge his international allegiance to Germany over the Three Lions.

The 18-year-old has been included in the senior squad for the first time and could make his debut in one of Germany’s three qualifiers. The winger became Bayern’s youngest ever scorer in the Champions League in February and has also netted three times in the Bundesliga.

Bayer Leverkusen starlet Florian Wirtz is also in the squad for the first time. The 17-year-old has seven goals and seven assists in what has been a breakout season for the attacking midfielder.

There may be more experienced heads for Low to choose from but he has shown a desire to trust in youth in the past.

Low took a 21-year-old Mesut Ozil to the 2010 World Cup and the midfielder shone with joint-highest number of assists. Muller and Toni Kroos were both aged 20 at that tournament while Manuel Neuer, who was 24, was the first-choice goalkeeper.

Musiala and Wirtz will be trying to stake a claim for a place in the squad this summer and should get a chance to shine in the next week. 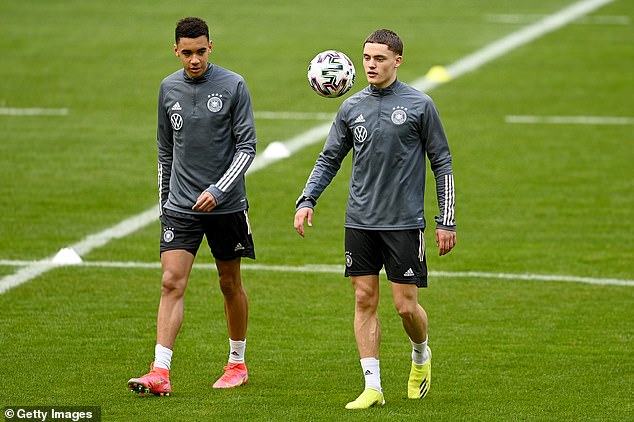 Earlier this month, Low announced he would step down as manager after the Euros and he will be desperate to end on a high.

Germany were runners up in his first tournament, Euro 2008, and they went on to make two semi-finals before their crowning moment as World Cup winners in 2014.

They then made the semi-finals again at Euro 2016, where they were beaten by France, before their collapse in 2018.

Success this summer would make the struggles of the last three years worth it. Low will want to be remembered as one of the greats and not someone who lost their way at the end.

Captain Manuel Neuer has already highlighted the players desire to give their manager a fitting end to his 15-year reign.

‘We all have ambitious goals and want to crown (Low’s) successful era with a great finish,’ said Neuer.

‘(Low) is very motivated and ambitious. He wants it at all costs. He wants to quit as successfully as possible.’ 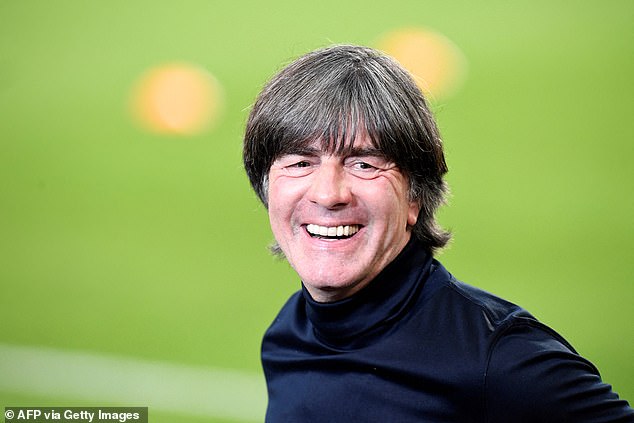 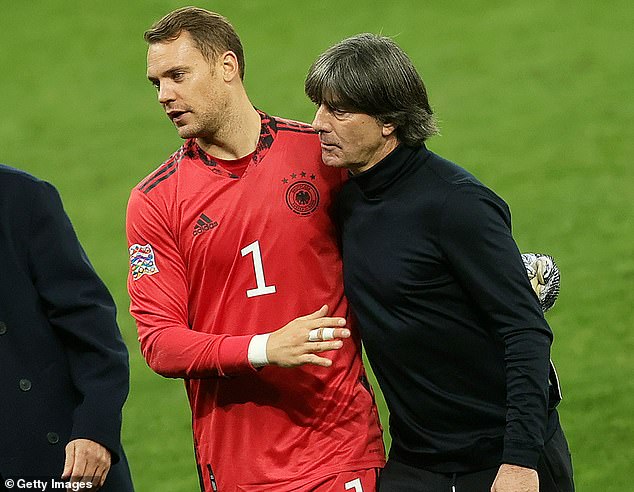 Any reasons to be fearful?

There were obvious concerns over the defence after the Spain defeat and Low needs to settle on a back four after flirting with five at the back, which proved ineffective.

Germany have lacked leadership without Boateng and Hummels but Rudiger could be the man to step up.

Neuer is the captain and leads from the back but Low needs more from his outfield players and a vocal presence.

They also need direction and a system that incorporates their best attacking players.

In the next three games, we will get an insight into whether Germany have a realistic chance of one more push for glory under their long-serving manager.