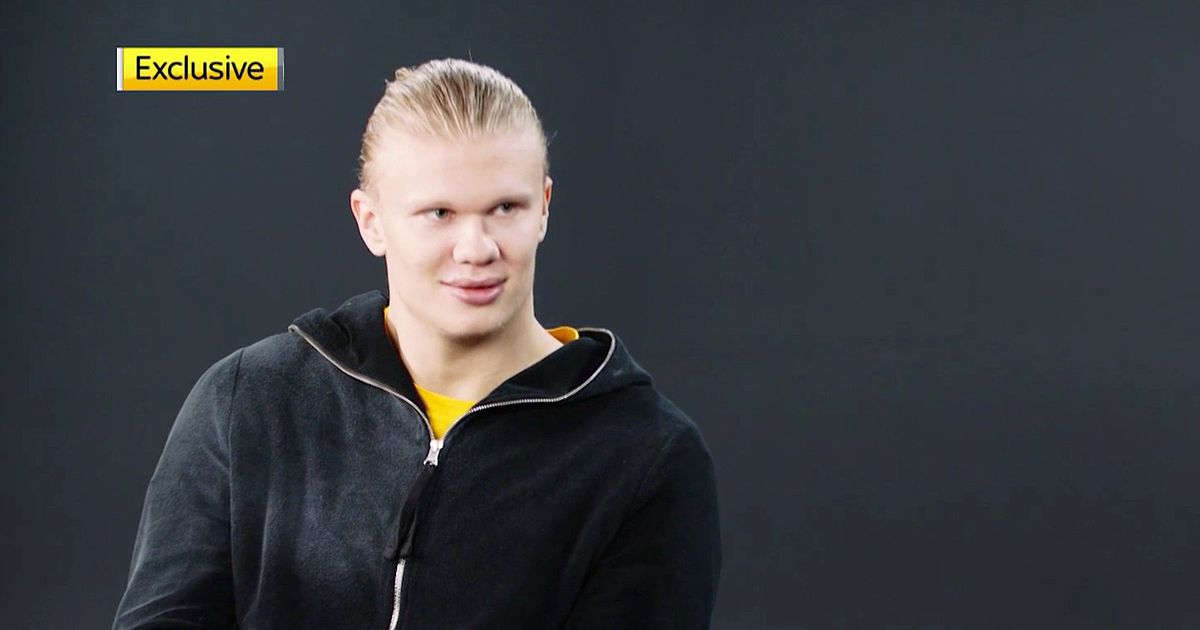 Borussia Dortmund star Erling Haaland has given his verdict on the three best players in the world – with Cristiano Ronaldo snubbed from the Norwegian hotshot’s list.

Haaland has been in red-hot form for Dortmund over the past two years, with his incredible goal tally of 80 strikes in just 79 games making him one of the most coveted players in the world.

The 21-year-old was rewarded for his sizzling form with a spot in the team of the year at the FIFA Best Awards, where Bayern Munich star Robert Lewandowski was crowned as the world’s top men’s player.

And when Haaland was asked who would make the cut in his top team, he also named Lewandowski as the best in the world.

But there was no place for Manchester United icon Ronaldo, widely regarded as one of the best ever, in Haaland’s dream team.

Join the debate! Where do you think that Haaland will be playing next season? Let us know here.

Haaland told Sky Sports : “That’s a good question but I think you would have to say Lewandowski number one, then you have, for me, Benzema has also been amazing, but Messi has also been outstanding – so Benzema and Messi in shared second and third place.”

Since returning to England, Ronaldo has been in fine goalscoring mettle but Manchester United have struggled this term.

Both Ronaldo and Lionel Messi have dominated world football over the past decade, with people going back and forth over who is the best player in the world.

Lewandowski has recently challenged the duo for that mantle, but he’s also in the twilight of his career.

In terms of the future, Haaland looks destined to claim that crown.

The hitman has evolved into a goalscoring sensation during his short stint in Germany.

Unsurprisingly speculation has been rife over Haaland’s future, and that only ramped up after he recently claimed that Dortmund were “pushing him” into making a decision on whether he wants to stay or quit the Bundesliga club in the summer.

But he’s insisted that he wants to move on from the speculation and let his football do the talking between now and the end of the season.

Cristiano Ronaldo was left out of Haaland’s dream team

“I don’t really want to say too much about it, but I felt it was time for me to say something,” Haaland added.

“A lot of others were speaking – so that was it. Now, I don’t want to say too much. I said what I said, and now we move on.”

Despite Haaland’s attempts to dampen speculation over his future, it remains likely that he’ll leave Dortmund in the summer.

It’s understood that a £64million release clause in Haaland’s contract is due to kick in this summer, with a clutch of European heavyweights ready to pounce.

A host of top European clubs are pushing to sign Haaland in the summer
(
Advertisement. Scroll to continue reading.

Barcelona and Real Madrid are both set to make a play for Haaland’s signature, while Manchester City are reportedly set to go all out in their bid to lure the ex-RB Salzburg man to the Premier League.

Pep Guardiola is keen to sign a new No.9 ahead of next season after City failed in their bid to sign Tottenham star Harry Kane last summer.

And Haaland could elect to snub interest from La Liga in order to follow in his father’s footsteps by playing for City.