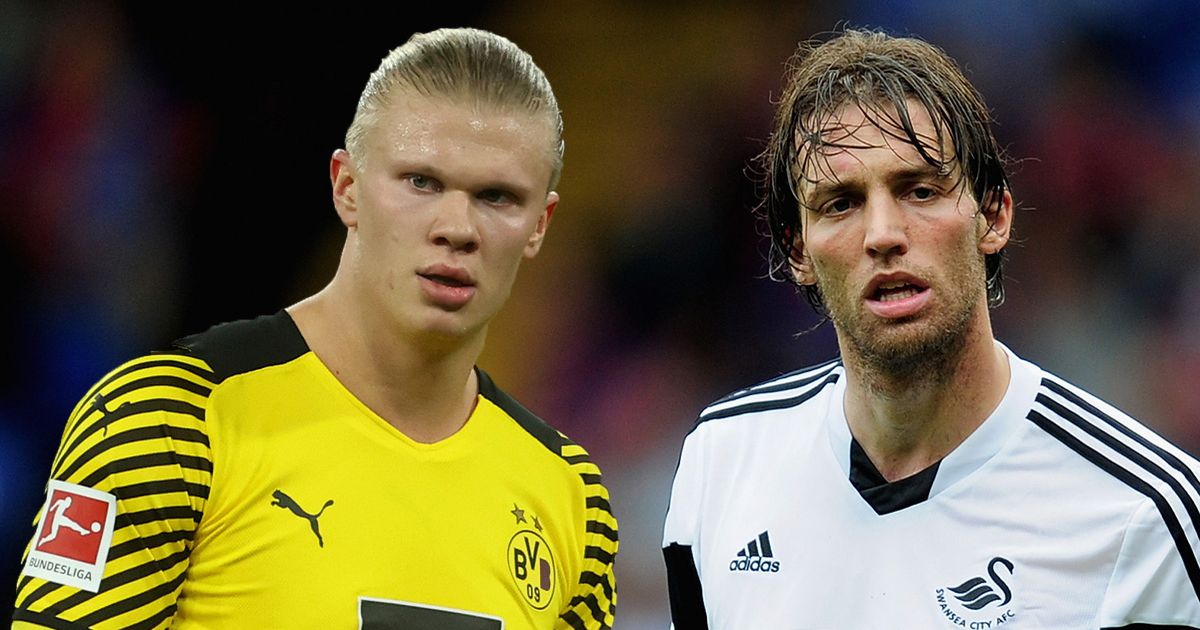 Borussia Dortmund and Norway striker Erling Haaland has long been an admirer of Michu, dating back to the Spanish forward’s Premier League spell with Swansea City

Haaland has been tipped to leave Borussia Dortmund in the summer, when a £68m release clause is reportedly due to take effect, and manager Marco Rose has revealed “everything is on the table” amid “honest” talks with his player.

The 21-year-old has been linked with a number of top European clubs, including Premier League leaders Manchester City, where his father Alf Inge spent three seasons in the early part of the century.

While no decision has been made, Michu claims his conversations with Haaland point towards a summer move to a club capable of fighting for honours on multiple fronts.

Where will Haaland be playing his football next season? Have your say in the comments section

Haaland has been tipped to leave Dortmund in the summer
(

“I was with Haaland, I had a conversation with him and I think he is not going to continue at Dortmund,” Michu told Cadena SER, as reported by Mundo Deportivo.

“He gave me the feeling that he was looking for a sports project for many years and he told me that he liked Spain.

“If Mbappé goes to Madrid, I think Barça would be a very good option”

Haaland has long been a fan of Michu, who scored 18 goals in his debut Premier League season for Swansea.

The Spaniard hung up his boots at the age of 31, and is now sporting director at Segunda Division side Burgos after holding non-playing roles at former clubs Langreo and Oviedo.

In 2020, a few months after taking over at Burgos, he sent Haaland a signed shirt, with the pair remaining in touch in the years since.

After moving to Dortmund from Red Bull Salzburg in January 2020, Haaland has scored an eye-watering 80 goals in 79 appearances to go along with the 29 he scored in 27 games with the Austrian club.

He also scored his second senior international hat-trick for Norway in September, having found the net nine times in a single game for the under-20 side in 2019.

The 21-year-old has won just one trophy as a Dortmund player, though – the 2020-21 DFB-Pokal, when he scored twice in the final – and was unable to prevent his team suffering a Champions League group stage elimination.

While Real Madrid and Barcelona continue to be linked with a summer move for Haaland, Manchester United appear to have ruled themselves out of the running despite former Red Bull Salzburg director of football Ralf Rangnick moving to Old Trafford in December.