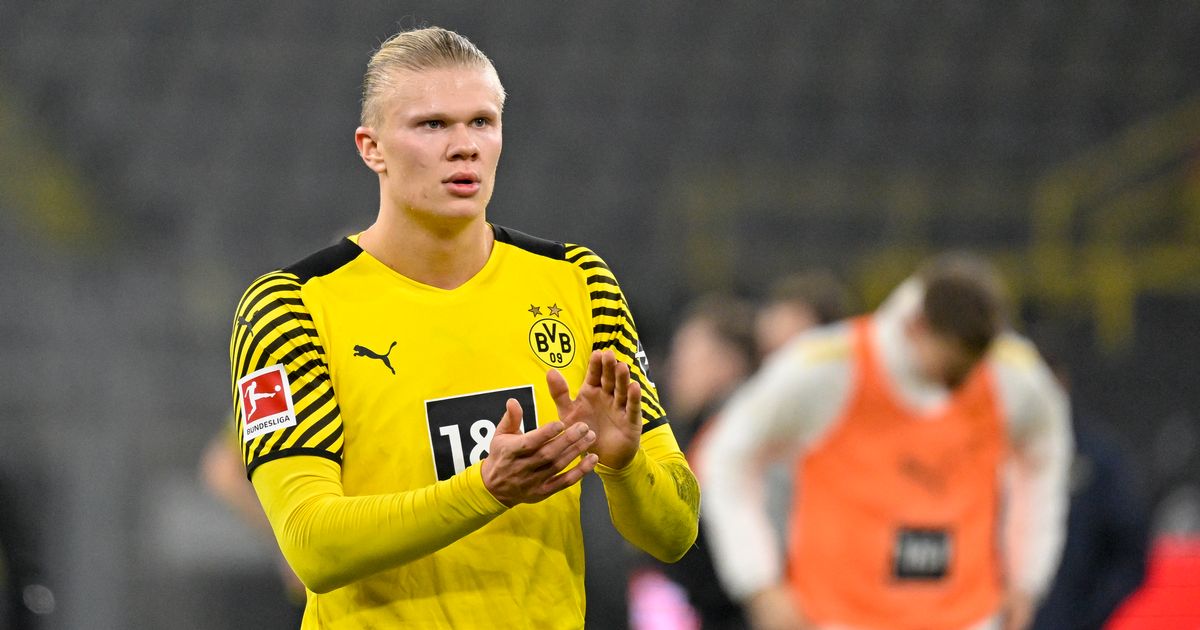 Haaland has starred for Borussia Dortmund over the past two seasons, attracting interest from a range of top clubs across Europe, including Liverpool and Manchester United

Erling Haaland is reportedly edging closer to completing a move to the Premier League as the chase to sign him took a new twist.

The Norwegian has starred for Borussia Dortmund since joining the Bundesliga side two years ago and possesses a remarkable record in front of goal, scoring 80 times in just 79 games in all competitions.

Despite suffering a significant hip injury earlier this season, he has continued to fire in an astonishing amount of goals for the Black and Yellow, keeping Marco Rose’s side in the title race.

Haaland’s form has attracted the interest of a range of clubs across Europe, including Manchester United, Manchester City, Chelsea and Liverpool.

But the Premier League rivals were also thought to be in competition with Real Madrid, Barcelona, Paris Saint-Germain and Bayern Munich.

HAVE YOUR SAY! Who should Erling Haaland join if he leaves Borussia Dortmund? Comment below.

That now appears to have changed though, with the Daily Star reporting that Los Blancos have ‘dropped out’ of the race.

It is stated that super-agent Mino Raiola has informed the Premier League rivals of the latest development in the chase for his red-hot client.

That has put them ‘on red alert’ with a path now seemingly clear to bringing the striker to the English top-flight.

Madrid are said to have opted to pull out of the race to sign Haaland after further considering their transfer plans for the summer.

It is estimated that it will cost in the region of £300million to sign Haaland when wages and the transfer fee are taken into account.

And that is something that Los Blancos have decided they cannot afford as they close in on the signing of Kylian Mbappe.

Mbappe is set to move to the Santiago Bernabeu at the end of the season when his contract with Paris Saint-Germain expires.

Madrid have long courted the signing of the French superstar and are set to pay an astonishing £1million per week in wages to snap him up.

Real Madrid have reportedly pulled out of the race to sign Haaland
(
Advertisement. Scroll to continue reading.

Despite Madrid pulling out of the race, it may still prove tricky for Premier League sides to convince Haaland to move to England.

The Norwegian is thought to have named Barcelona as his preferred destination, though it is unlikely the Catalan side can raise the money required to sign him.

The withdrawal of Madrid was caused in part by the hope that it will push Haaland away from Barca, with their January business having left finances stretched.

Madrid hope that their withdrawal will push Haaland away from Barcelona

With Madrid having pulled out and Barca in a difficult position financially, Premier League rivals Liverpool, United and City are set to step up their chase.

All three can now begin to raise the funds required to sign the 21-year-old, who has a £67m release clause in his contract at Dortmund.