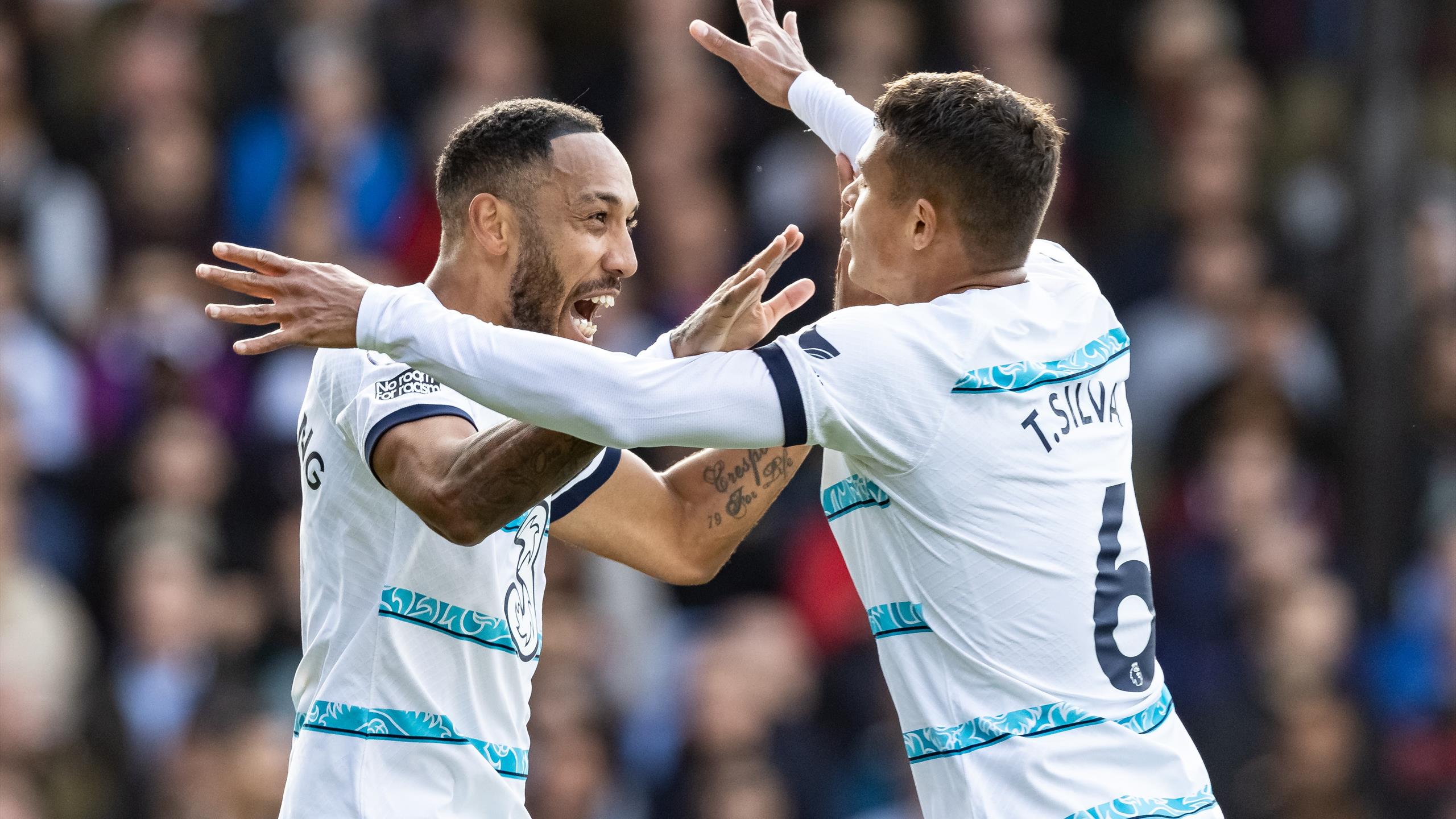 Conor Gallagher’s first goal for Chelsea helped the Blues snatch all three points in stoppage-time in a 2-1 draw at Selhurst Park.

The Eagles capitalised on a fragile and new-look Chelsea defence inside 10 minutes as Odsonne Edouard linked up with Jordan Ayew, the latter crossing for the former to poke home ahead of Wesley Fofana.

The hosts threatened a second but Kepa Arrizabalaga denied Eberechi Eze with a brilliant diving save.

Potter ‘going to make own mind up’ on Pulisic

And Ayew thought he was through after picking Thiago Silva’s pocket, only for the defender to punch the ball clear. The Brazilian got away with a yellow despite a VAR check, and fanned the flames when, moments later he set up Chelsea’s leveller.

Silva headed down for Pierre Emerick-Aubemayang to grab his first goal for Chelsea, rifling home on the spin.

Chelsea dominated possession in the second-half but could not break down Palace’s stubborn back line, as Mason Mount wasted two good chances and Palace remained a threat on the counter.

The Blues looked blunt, but a moment of brilliance settled it. Substitute Gallagher, returning to the ground where he made a name for himself last season on loan, hit a brilliant 25-yard effort into the top corner, to earn all three points for Graham Potter during his first Premier League match in charge and inflict an undeserved defeat on Patrick Vieira’s men.

MAN OF THE MATCH – CONOR GALLAGHER

He was only on the pitch a few minutes but he’s bailed out his entire team with a brilliant goal against his former loan side. There was little quality on the pitch today, but Gallagher provided buckets of it when it mattered most.

Chelsea looked every bit as though they hadn’t played football in ages and were not quite used to their new manager.

It was all a bit mad in midfield, disorganised at the back, and it speaks volumes that centre-back Silva, miles up the pitch, assisted Aubameyang’s equaliser.

It was messy, incoherent, but a moment of brilliance has bailed them out anyway.

8′ – GOAL! PALACE 1 CHELSEA 0 (Edouard). PALACE TAKE THE LEAD! It’s their first attack of the game but Palace have the lead! Edouard picks out Ayew on the right, runs into the box, then receives Ayew’s cross back to him three yards out to poke into the top corner. He’s beaten Fofana to the ball all ends up. Selhurst Park is rocking.

33′ – SILVA BOOKED FOR HANDBALL: Silva handles and the Palace players are livid. The Brazilian takes a heavy touch and Ayew picks his pocket, but from the floor he pushes the ball away. It’s a booking for now but VAR are having a look…no red.

38′ – GOAL! PALACE 1 CHELSEA 1 (Aubameyang). THERE’S THE EQUALISER! For some reason, no reason, Silva is the second furthest player up the pitch. He heads down a James cross and Aubameyang strikes on the turn for his first Premier League goal for Chelsea.

90 – GOAL! PALACE 1 CHELSEA 2 (Gallagher’). What was I saying??? There’s the quality!!!! It’s his first goal for Chelsea and it’s a worldy, bent in from 25 yards. AGAINST HIS FORMER CLUB! Chelsea have won it thanks to a moment of brilliance.