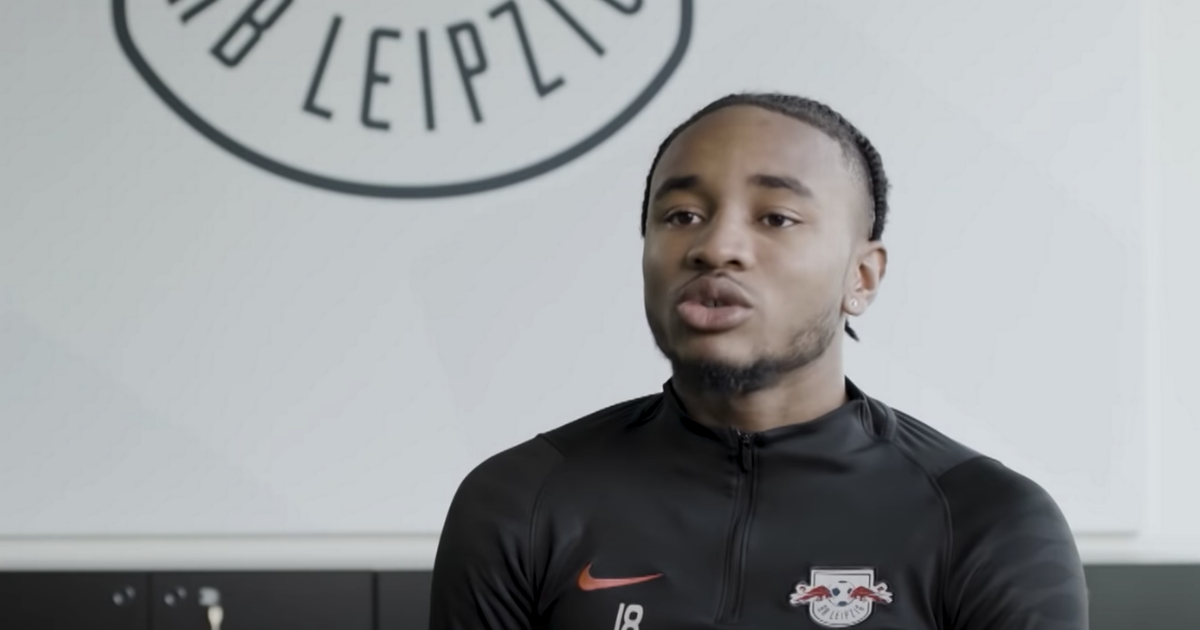 Christopher Nkunku is one of the most in-demand players currently plying his trade in the Bundesliga and RB Leipzig are desperate to keep the 24-year-old at the club.

Manchester United interim boss Ralf Rangnick has identified the France youth talent as a player that could add strength to what is a struggling midfield at Old Trafford.

Though Rangnick is unlikely to be in the hot-seat come the start of next season, he will be at the start of his two-year consultancy role in the boardroom and could use his past links with Leipzig to try and broker a deal.

However, his hopes may have been scuppered after the recent comments made by Leipzig’s Chief Executive Officer Oliver Mintzlaff who insisted the winger was going nowhere.

HAVE YOUR SAY! Where will Nkunku be playing his football next season? Comment below

Christopher Nkunku has refused to rule out leaving RB Leipzig

“In football nothing is ever certain, but that’s our plan. We don’t have many players who can leave us in the summer. We want to strengthen the team rather than weaken it.”

“He will also play with us next season because of course he is a very important player. In football nothing is ever certain, but that’s our plan,” Mintzlaff told Sky Germany.

Leipzig’s CEO was far more firm in his stance than Nkunku, who revealed to L’Equipe that he can’t rule out the idea of seeking a new challenge elsewhere come next season.

“A lot can happen between now and the summer,” Nkunku recently said.

“It would be disrespectful to the club to think about it now. At the end of the season, I will sit down with the club, with my advisor and my family and make a decision. I’m not closing any doors.”

United are not alone in admiring Nkunku from afar, his former side Paris Saint-Germain are also reportedly circling with a view to bringing him back to the French capital.

The Red Devils are staring down the barrel of a mass summer exodus with the likes of Paul Pogba, Jesse Lingard and Edinson Cavani all expected to leave for nothing at the end of their contracts.

In theory, Nkunku can do a job in the roles that both Pogba and Lingard would leave behind but United reportedly prefer the idea of him in central midfield.

The midfield options Rangnick has at his disposal at the moment have left a lot to be desired in recent weeks and been partly responsible for the recent run of miserable form.

United have drawn their last three games 1-1, surrendering the lead in all three against Middlesbrough, Burnley and Southampton respectively.