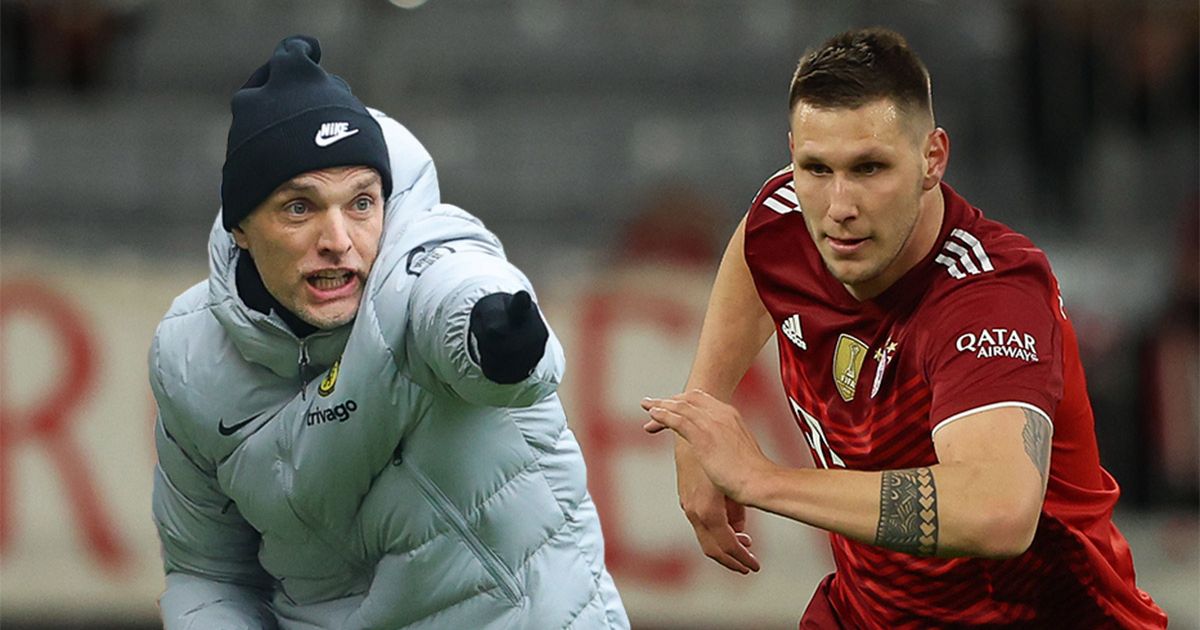 Premier League sides Chelsea and Newcastle were both interested in signing Niklas Sule, but the Bayern Munich defender has a pre-contract agreement with Borussia Dortmund

Niklas Sule has signed a pre-contract agreement with Borussia Dortmund.

Chelsea were believed to be long-term admirers of Sule, 26, with manager Thomas Tuchel looking to bolster his defensive ranks ahead of next season.

The Blues are at risk of losing three centre-backs in the summer. Antonio Rudiger, Andreas Christensen and captain Cesar Azpilicueta are all out of contract in June.

Are you worried about Chelsea’s current contractual situation? Let us know in the comments below!

Niklas Sule is set to join Borussia Dortmund in the summer
(

Newcastle were also thought to be keen on signing Sule to fix their leaky defensive. The Toon have conceded 43 league goals this season. Only Norwich (45) have shipped in more.

“We are pleased that we were able to sign a German national player in Niklas Süle and retain him for four years,” Dortmund’s sporting director Michael Zorc told their website.

Sebastian Kehl, who will succeed Zorc in the summer, added: “Niklas has shown us in personal discussions that he is very interested in Borussia Dortmund.

“He has a lot of experience, calmness in the build-up game and the necessary physique to take the next step with us from the summer.”

Sule has impressed since making his Bundesliga debut nearly a decade ago, racking up more than 270 club appearances for Bayern and former club Hoffenheim.

The 37-cap international was part of the Germany side that won the Confederations Cup in 2017 and has lifted 13 trophies with Bayern, including the Champions League in 2020.

Speaking in September 2019, Liverpool defender Virgil van Dijk said: “Niklas Siule is a great defender. He doesn’t play for Bayern for without reason.”

Bayern legend Thomas Muller added last October: “When he’s on the move, he’s difficult to stop. It’s surprising when a central defender starts dribbling all of a sudden.

“It used to be the case with [former Bayern defender and Brazil international] Lucio. In addition to that, it’s important that he’s stable in body duels and can pick up speed.

“He is currently doing very well again. That’s the bottom line. When he delivers these performances, then he’s a very important player for us.”

Bayern legend Lothar Matthaus has urged his former employers to replace Sule with Arsenal defender Konstantinos Mavropanos, who is currently on loan at Stuttgart.

The Greece international, 24, has just 17 months remaining on his Arsenal deal and hasn’t played in the Premier League since the 2018-19 campaign.

“If Sule were to leave, a trained defender might be more important than a central midfielder,” Matthaus told Sky in Germany last month.

“There are some very interesting players in the Bundesliga. I’m thinking of Stuttgart’s Mavropanos, Leipzig’s [Josko] Gvardiol or Bochum’s Bella Kotchap.

“Everyone [mentioned] plays a really good role in the Bundesliga, would certainly be financially feasible for Bayern and could develop further under [Julian] Nagelsmann.”