Chelsea must learn from Man United mistakes when replacing Marina Granovskaia, the most powerful woman in football 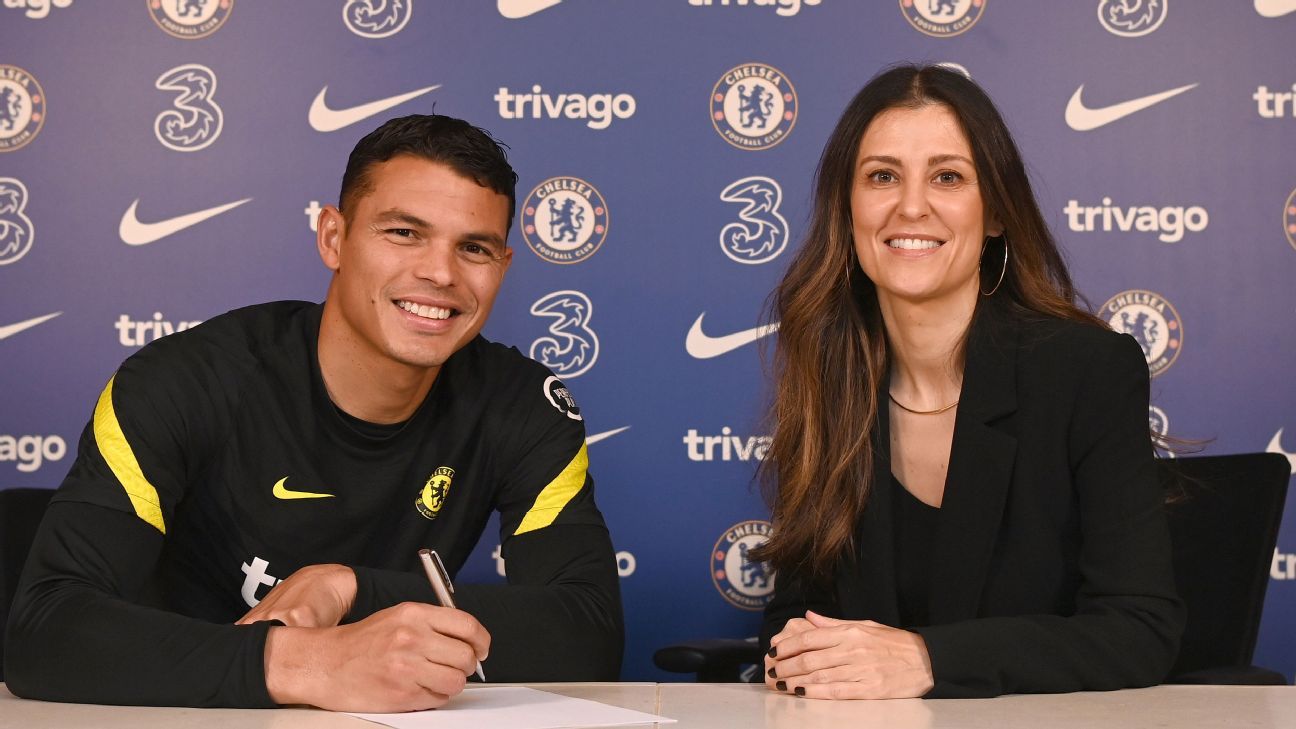 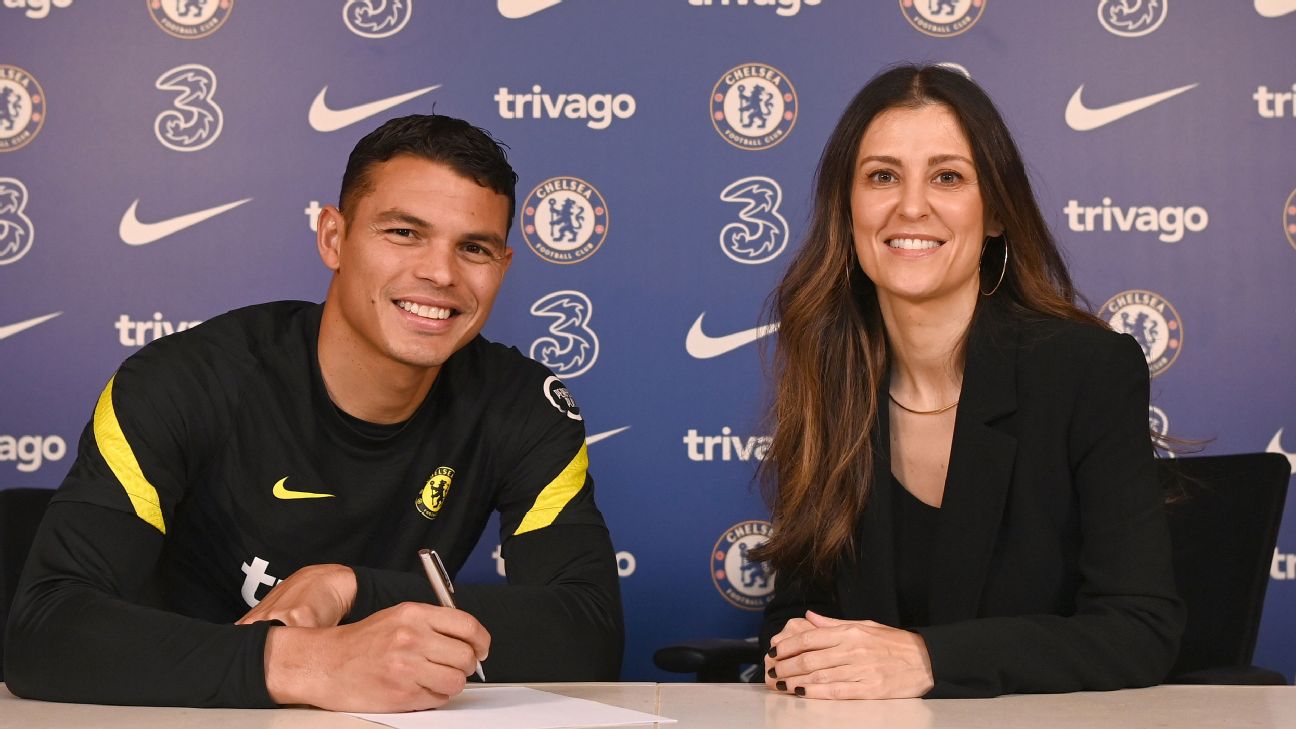 Chelsea may end up spending well over £100 million on new signings this summer, with a new centre-back, full-back, midfielder and centre-forward already on coach Thomas Tuchel’s list of priority acquisitions, but the biggest problem facing the Premier League club’s new American owners cannot be solved by any kind of transfer fee. By confirming the departure of senior executive Marina Granovskaia, Chelsea have created a vacancy that could prove impossible to fill.

What happens on the pitch, and the players who dictate whether a team succeeds or fails, tends to dominate the attention of supporters and media alike, but there are times when key changes in the boardroom carry much more weight than the transfer of a star player. Granovskaia’s exit from Stamford Bridge is the most significant change among football’s powerbrokers since David Gill stepped down as Manchester United chief executive in 2013.

United are still trying to recover from the double loss of Gill and manager Sir Alex Ferguson nine years ago. While Ferguson’s retirement was unquestionably the most seismic event at Old Trafford for the past 30 years, Gill has also proven to be irreplaceable as the calm, experienced and well-connected figure who ran the club’s off-field operations and presided over transfer dealings and contract negotiations. The brain drain suffered by United in 2013 led to a chaotic transitional period under Gill’s successor, Ed Woodward, and the club remains in a state of flux almost a decade later.

Chelsea’s summer of change is different to that endured by United in 2013, but the club faces an uncertain future nonetheless. The new regime, headed by LA Dodgers co-owner Todd Boehly, would be wise to learn from United’s mistakes when they plot their path away from the Roman Abramovich era.

Whereas United lost their greatest-ever manager and a highly-respected chief executive, Chelsea must move on without the man whose billions turned the club into serial winners and two-time European champions, and the woman who wielded huge influence at Stamford Bridge for over a decade and was credited with making Chelsea one of the best-run clubs in the world, on and off the pitch.

Boehly and his partners must take on the challenge of proving that Chelsea can enjoy ongoing success without the benefit of Abramovich’s personal fortune — the Russian oligarch covered losses that amounted to more than £900,000 a week during his 19 years as owner — but they are wealthy and astute enough to know how to make a football club succeed as a sustainable business operation. Part of that involves ensuring they have the right person in place to oversee the football operations — player recruitment, transfers and contracts — that Granovskaia so successfully managed, particularly since being promoted to a chief executive role in 2014.

Chelsea have a made a promising start by announcing that Granovskaia will remain at Boehly’s disposal throughout the summer transfer window to advise on negotiations, and sources have told ESPN that the club are keen to hire Michael Edwards, who is leaving his role as Liverpool sporting director this month, to lead the new football department at Stamford Bridge.

But just as United, and Woodward, didn’t know the true value of Gill until he had left the club, Chelsea are also likely to discover that losing Granovskaia will mean more than the simple departure of a boardroom suit. Sources have told ESPN that several player agents, in particular, are anxiously waiting to discover what Chelsea do next. Perhaps that concern is rooted in self-interest and fear of the unknown because so many had built a relationship with Granovskaia that enabled them to negotiate with knowledge of who they were dealing with and how those negotiations would progress.

Some clubs deal with only a small number of favoured agents, and some owners new to the Premier League in the past have relied on just one agent to run their recruitment operation in the early years of their ownership. It is unlikely that Chelsea will repeat that kind of mistake made by the likes of Portsmouth, Blackburn Rovers and Manchester City (prior to Sheikh Mansour’s takeover in 2008), but once they lose Granovskaia’s knowledge and connections, they will be vulnerable to others taking advantage of their inexperience.

When Woodward replaced Gill, he had little knowledge of the football world having worked in banking and United’s commercial department prior to his promotion to the top job, and he has since admitted to making too many mistakes while learning the ropes. Those mistakes cost United millions in terms of bad decisions on signings and contracts, while the club were also exploited by players, agents and rival teams when it came to boosting their own valuations and pay deals simply by using United for their own advantage.

By enlisting Granovskaia’s help for the remainder of this transfer window, Boehly, who has taken the role of interim sporting director, has at least acknowledged that neither he nor his associates yet have the knowledge of the football industry to go it alone this summer. But once Granovskaia is gone for good, Chelsea have to find the right answer. Edwards would come with a proven track record and be as close to a replacement for Granovskaia as possible, but his role at Liverpool did not have the same level of authority and oversight as that held by someone often described as the most powerful woman in football, so there would still be gaps for Chelsea to fill.

United failed to replace Gill, but at least their mismanagement has given Chelsea a case study in how not to do it with Granovskaia.