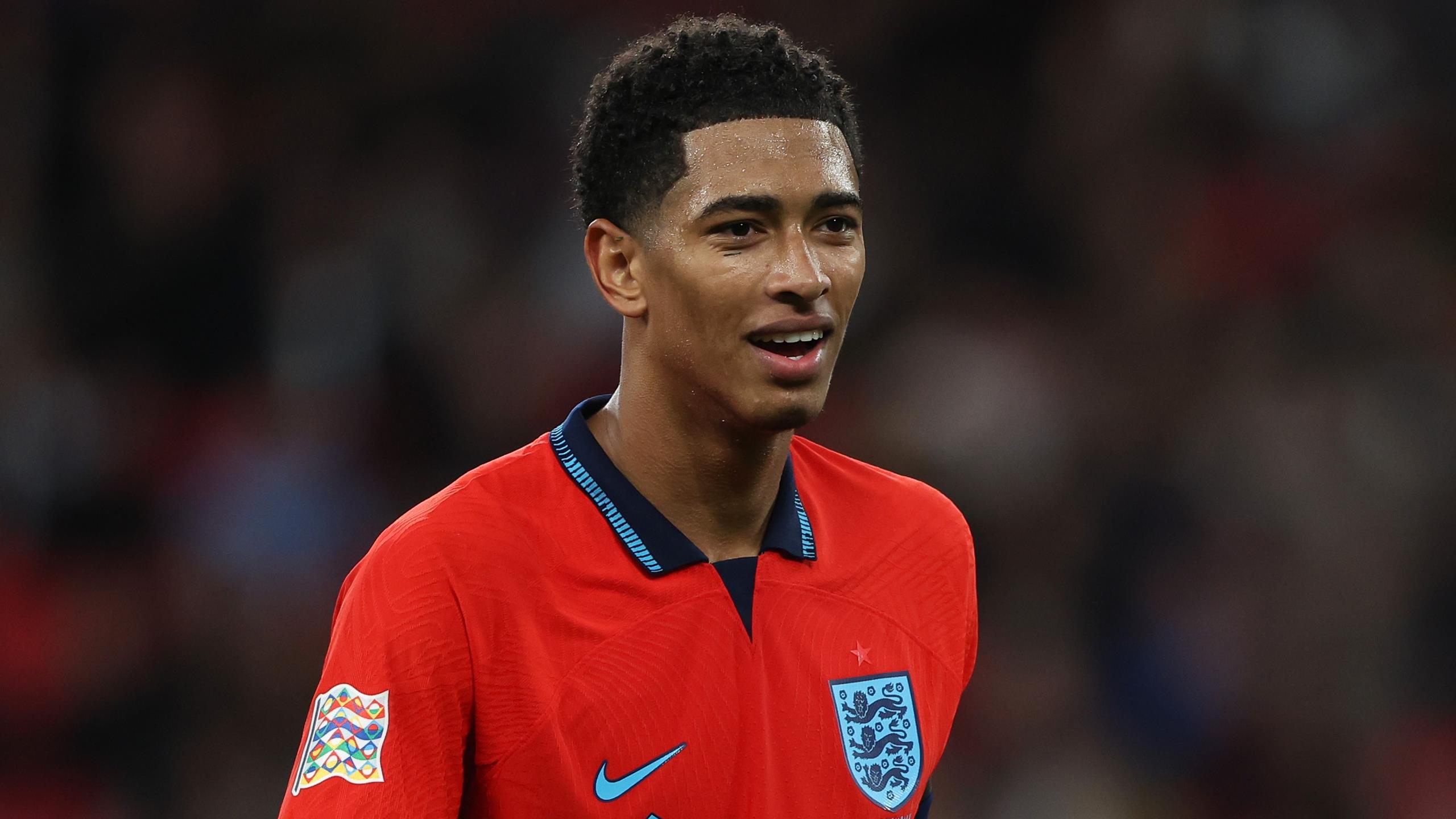 Jude Bellingham was lauded as a “special talent” after impressing again for England in a 3-3 draw with Germany.

England roared back from 2-0 down to lead the Nations League game before Germany grabbed a late equaliser through Kai Havertz.

Borussia Dortmund midfielder Bellingham, 19, played a key part in the first goal and was also fouled for the penalty which led to the third goal.

He finished the game with more accurate passes (41), passes in the final third (17) and shots (three) than any other player. He also won more duels than any player (eight).

“Jude Bellingham has probably cemented his place next to Declan Rice moving into the World Cup,” said former England winger Andros Townsend on the BBC.

“Such a special talent, so brave on the ball, not afraid of the occasion or who is playing against or who is he playing for.

“It’s been a pleasure to witness him in the flesh.”

Former England striker Chris Sutton added: “They have to build a team around Jude Bellingham.

“England’s first goal – Bellingham receives the ball inside his own half and there were three German midfielders in and around him. He could have taken the easy option and pop the ball back to Nick Pope. He drifted through the German midfielders, popped the ball out to the right-hand side and England get their goal which was crucial.”

Bellingham joined Dortmund from Birmingham in 2020 and has established himself as a key figure for the Bundesliga side.

It has been reported that several of Europe’s top clubs are keen on trying to lure Bellingham away from Dortmund next summer.

“He’s got that ‘I’m gonna do what I want’ type attitude that this team needs!”

Despite the positives around Bellingham’s display and the comeback from 2-0 down, England have been relegated from Nations League A3 and will head to the Qatar World Cup in November on a six-game winless run.

However, Joe Cole thinks there were plenty of positives to take from the showing against Germany.

“Almost the result isn’t that important, this team showed something that we can hang onto up to Qatar.

“This team has got something in them that can produce a performance like that.”

Liverpool may cancel Arthur loan amid Bellingham interest – Paper Round

Bellingham will think he has ‘outgrown Dortmund already’ – Ferdinand