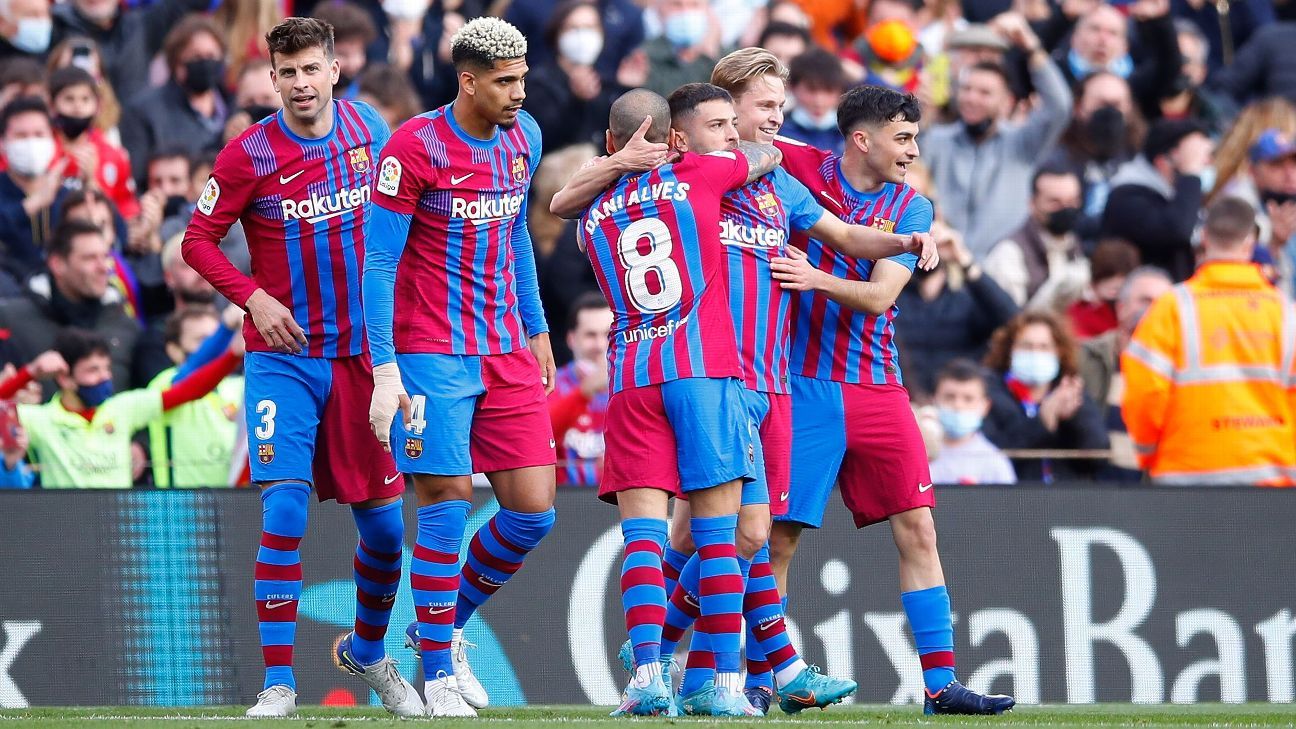 Barcelona beat Atletico Madrid 4-2 in a fiery contest at Camp Nou which saw Dani Alves score before receiving a straight card on Sunday.

The two sides came into this match in fifth and fourth place respectively in LaLiga with Atletico just one point ahead in the final Champions League place.

And it was Diego Simeone’s side who took the lead through Yannick Carrasco on eight minutes as he finished off following a pass from Luis Suarez.

But Barca were level just two minutes later and in some style as Jordi Alba volleyed home from Alves’ ball across the box.

Xavi’s side then took the lead on 21 minutes with Adama Traore, making his second Barca debut following his January arrival from Wolverhampton Wanderers, key as he burst past Atletico defender Mario Hermoso before setting up Gavi to head the ball past goalkeeper Jan Oblak.

Barca went 3-1 ahead two minutes before half-time as Ronald Araujo reacted quickest to tap in from close range after Ferran Torres had headed against the bar from Alves’ free-kick.

Alves made it four for Barca on 49 minutes as he lashed the ball home from inside the box to score his first goal since returning to the club.

But Luis Suarez pulled a goal back for Atleti on 58 minutes with a close-range header, yet did not celebrate after netting against his former club.

Alves was given his marching orders on 58 minutes as he raked his studs down Carrasco’s calf. Referee Jesus Gil Manzano took a quick glance at the VAR monitor before pulling out the red card.

Xavi brought on Pierre-Emerick Aubameyang for his Barca debut on 61 minutes as he replaced Traore with both receiving a rapturous reaction from Camp Nou crowd, while Ousmane Dembele, who was an unused sub, saw his name largely booed by the home fans when it was read out before kick-off.