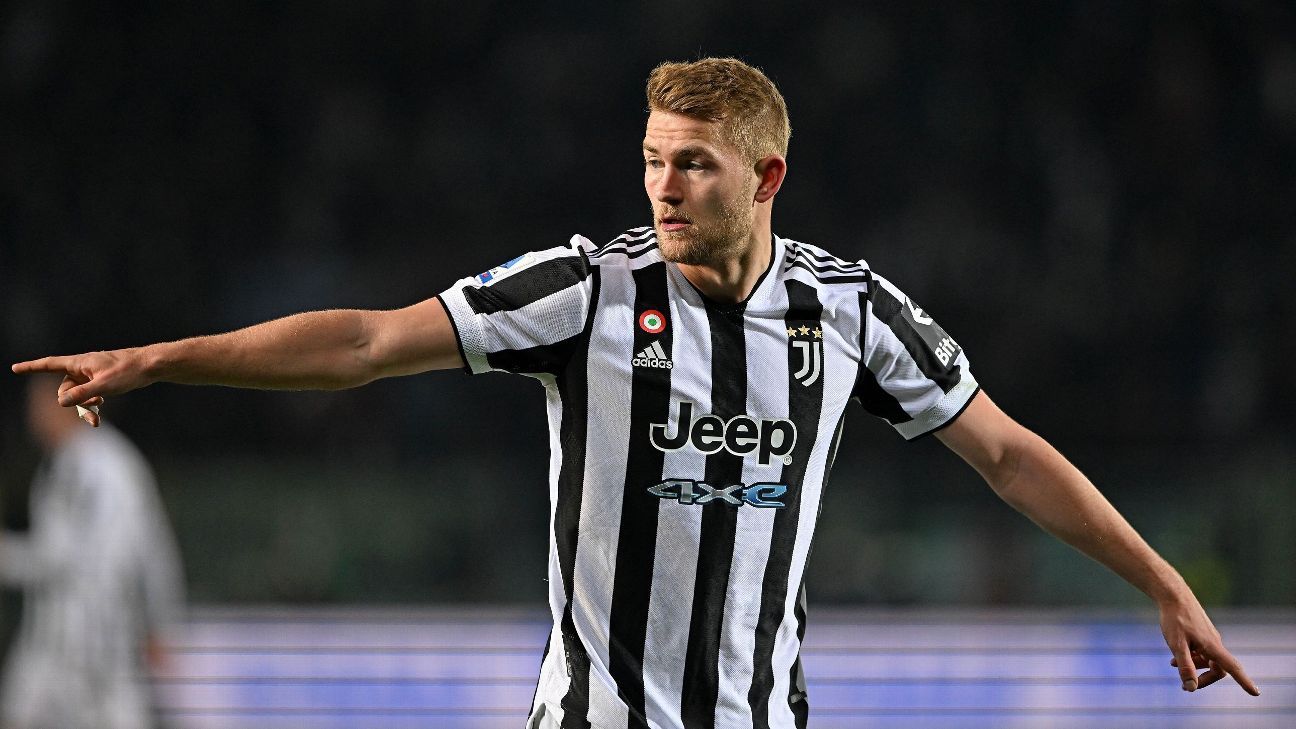 Juventus could face a fight to keep hold of Matthijs De Ligt in the summer, with Barcelona ready to battle Chelsea as they look to tempt him to Camp Nou, according to Calciomercato.

The centre-back will enter the final two years of his contract at the end of the season and, with the Serie A club yet to begin contract talks, Xavi Hernandez’s Blaugrana are the latest team to join Chelsea in the race for his signature.

Juve boss Massimiliano Allegri wants to make De Ligt a leader within the Bianconeri as he looks to rebuild the Italian giants, but is reportedly open to moving the Netherlands international on if contract negotiations with the player’s agent, Mino Raiola, don’t go smoothly.

Barcelona are understood to be ready to offer a fee of €75 million for the centre-back, which the Old Lady will seriously consider as it would see them reclaim back the money that they parted ways with when they signed De Ligt from Ajax Amsterdam back in 2019.

– Arsenal are monitoring Armando Broja as they seek to add a striker to replace Pierre-Emerick Aubameyang, Football London reveals. The 20-year-old Chelsea forward has enjoyed an impressive campaign on loan at Southampton and has reportedly caught the eye of Gunners boss Mikel Arteta.

– Liverpool continue to be interested in the signature of Jarrod Bowen, according to the Mirror. It is reported that Jurgen Klopp remains an admirer of the 25-year-old attacking midfielder, as uncertainty continues to grow over the contract situation of Mohamed Salah. Bowen is enjoying some of his best form of his career this season, scoring eight goals including the opener in West Ham United’s 2-2 draw with Leicester City on Sunday.

– Atletico Madrid are plotting a move for RB Bragantino forward Artur, according to Ekrem Konur. The 23-year-old’s form last season saw him contribute to 20 goals in 28 league starts in the Brasileiro Serie A, with his impressive attacking play beginning to catch the eye of clubs across Europe. He has also represented Brazil at youth level.

– Napoli have been working to find a replacement for MLS-bound Lorenzo Insigne and have identified Barcelona’s Memphis Depay as a target for the summer. That’s according to Calciomercato, who writes that the clubs are close to reaching a full agreement over the move, though there is still work to be done to convince the 28-year-old forward to make the switch to Serie A.

– Liverpool are ready to prepare contract talks with James Milner, with there being no chance of him retiring beyond this season. Speaking after the 1-0 win against Burnley on Sunday, as quoted by Fabrizio Romano, Jurgen Klopp said: “The club will be in talks with Milner, so we will see. There is no chance that Milly will retire.” The 36-year-old is out of contract at the end of the season, but has still played a part in the Reds’ campaign so far, making 24 appearances.