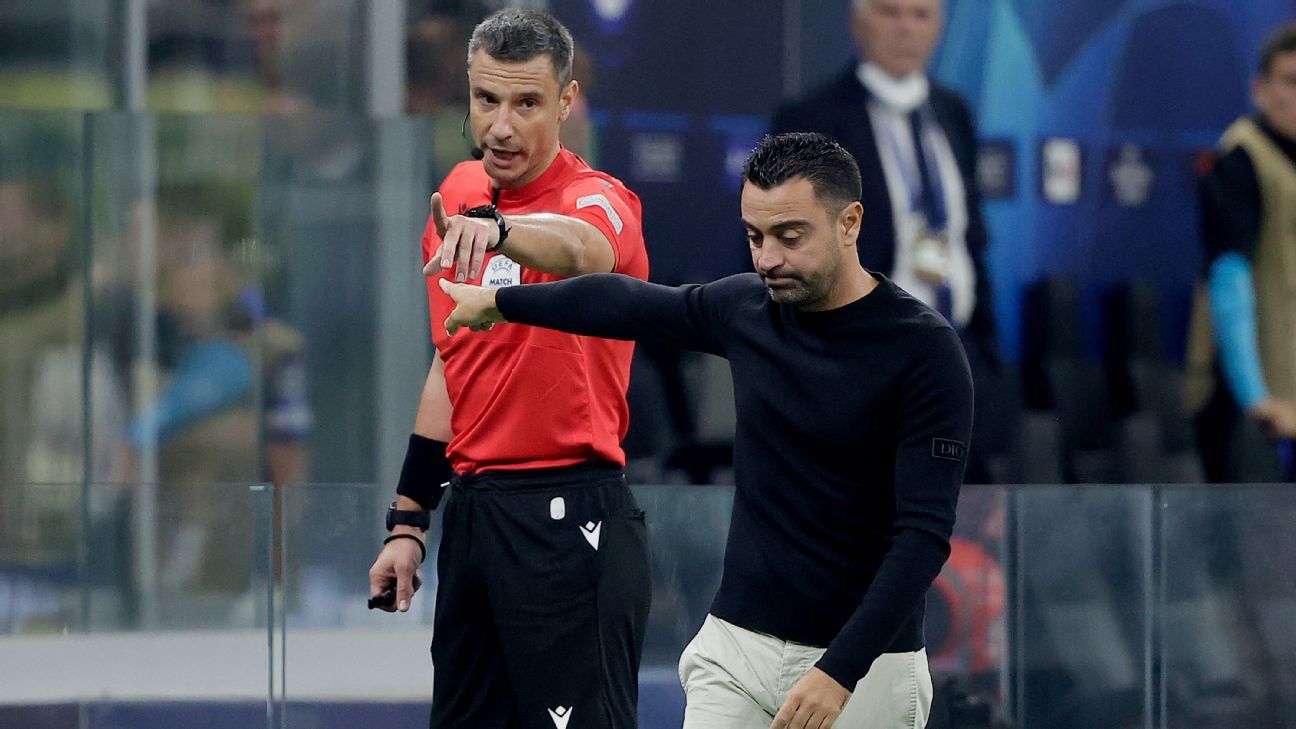 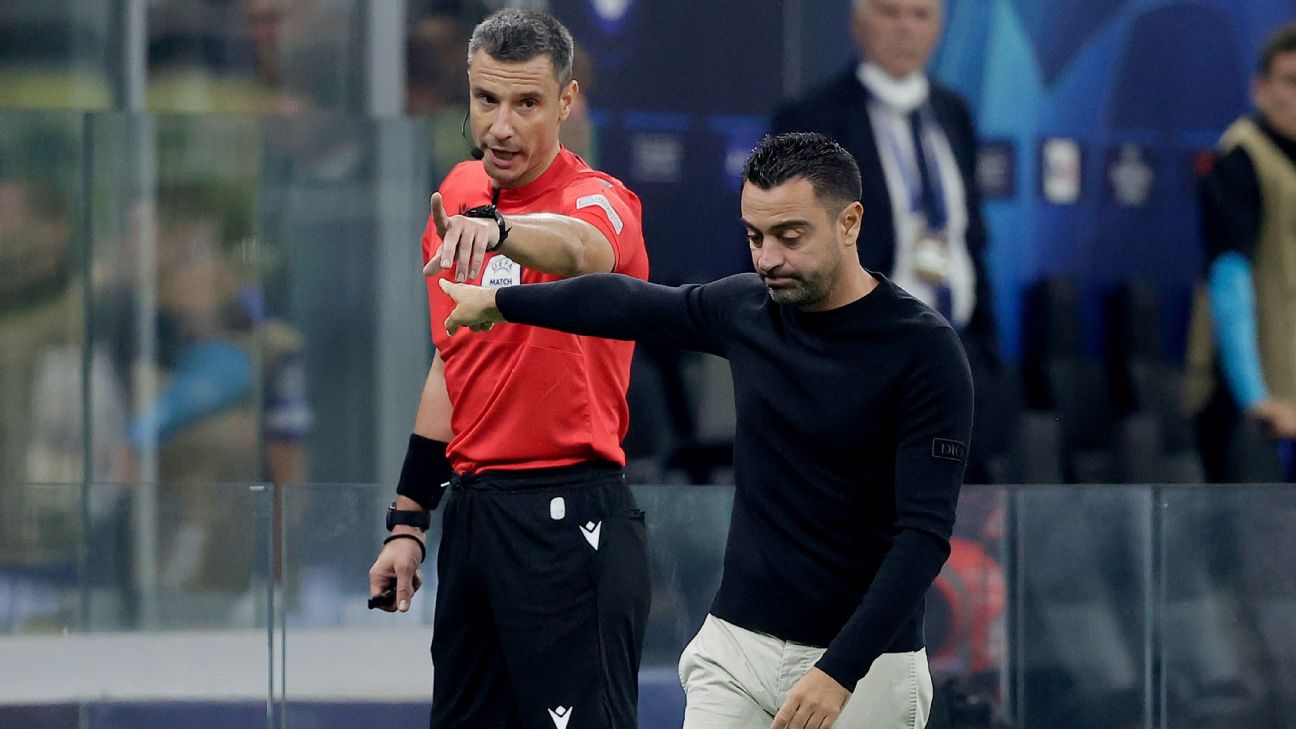 Barcelona coach Xavi Hernandez said he was outraged at what he believed were refereeing injustices after two handball decisions went against his side in Tuesday’s 1-0 Champions League defeat to Inter Milan.

Hakan Calhanoglu scored the only goal of the game in first-half stoppage time, but the match ended in controversy when Barca had an equaliser ruled out for handball before they were denied a late penalty when Denzel Dumfries appeared to handle the ball inside the area.

“I am angry and indignant about what we have seen, it is an injustice,” Xavi fumed in a news conference after the game at the San Siro.

“I said it on Monday and I have to say it again: the referees have to come out and explain themselves because I don’t understand anything.

“[The referee] didn’t want to give me an explanation after the game. Referees have to speak; I can’t speak about a decision I have not made. For me, [the decisions were] crystal clear. I don’t understand it at all.”

Pedri’s 66th-minute would-be equaliser was ruled out because of a handball by Ansu Fati in the build-up, although Xavi argued that, as it was involuntary and Ansu was not the scorer, the goal should have stood.

Barca’s fury multiplied in stoppage time when a possible handball by Dumfries, taking the ball away from Ansu in the box, was not given as a penalty. The play was reviewed by VAR, but the referee did not get called to the pitch side monitor, as he had done when cancelling Pedri’s goal.

“If you are asking how I am, I am outraged,” Xavi continued. “I don’t understand anything. If Ansu handballs it [involuntarily] but someone else then scores, it’s a goal. And they disallowed it.

“As for the other one [Dumfries’ possible handball]… I just do not understand. It’s an injustice, I can’t hide it. The referees have to speak.”

Inter coach Simone Inzaghi said he did not see the incidents, preferring to focus on a memorable win for his side, who came into the game on the back of a fourth defeat in eight Serie A games.

“It gives us great confidence beating a team of this quality,” he said. “We really needed it. I was feeling OK because on Saturday [a 2-1 loss to Roma], I saw good things from the team, but with errors which in other matches wouldn’t have cost us.”

Xavi also conceded that Barca must be self-critical after a second consecutive Champions League defeat left their chances of progression to the last 16 hanging in the balance.

Inter had the best of a scrappy first half, with Calhanoglu drawing a good save from Marc-Andre ter Stegen before the home side had a penalty overturned and a goal ruled out for offside.

Calhanoglu then gave Inzaghi’s side the lead just before the break. Barca rallied in the second half but could not break down the Italians’ stubborn backline.

“We also have to be self-critical, beyond the refereeing decisions,” Xavi said. “We have to play better, although we still deserved at least a draw.

“But it’s not the worst game we have played this season. In the second half, we were good; in the last half an hour very good. We had them pinned back, we tried…

“The first half was not good enough for a Champions League game. We have to be more dynamic, quicker and have better ball circulation. Now we are left in an uncomfortable situation. We have three games left, all finals, and two at home.

“I am worried about the defeat because we have three points, Inter six and Bayern nine. We are in a difficult position and we can’t slip up again.”