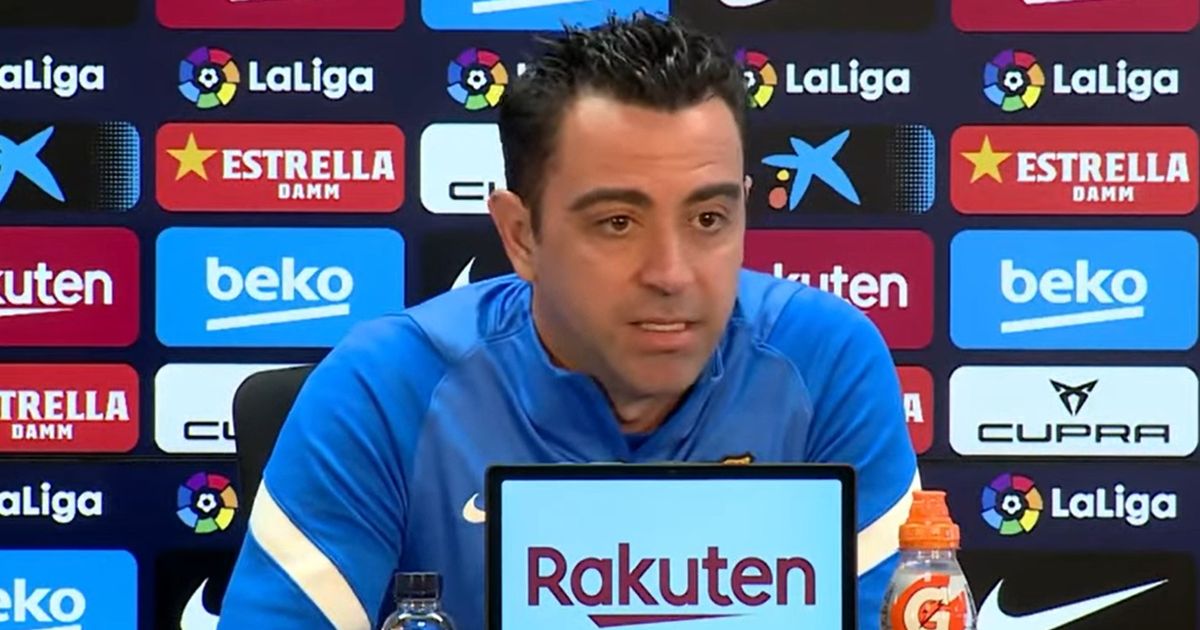 Barcelona manager Xavi has cited Cristiano Ronaldo while insisting age isn’t an issue as he teased over the club’s summer transfer plans.

The Spaniard has overseen a remarkable resurgence with the Blaugrana since his appointment back in November, steering his old side from 9th up to 2nd in the La Liga standings with just two matches of the season remaining. The 42-year-old appears set to continue his revolution this summer by adding to his ranks and the Barcelona boss has hinted at the profile of player his side may target.

The cash-strapped Catalan club have found themselves heavily linked with prolific Bayern Munich striker Robert Lewandowski in recent months as the 33-year-old Pole continues to stall over a new deal with the Bundesliga champions. Addressing suggestions Barcelona could move for the ageing forward, Xavi used Manchester United icon Ronaldo as evidence that age isn’t an issue when it comes to potential signings.

When probed on Barcelona’s interest in Lewandowski, Xavi revealed: “When it comes to signing, age doesn’t concern me… we signed Dani Alves when he was 38!

After Ronaldo completed a sensational return to Old Trafford last summer, many speculated as to whether the 37-year-old would still be able to cut it in England’s top-flight. However, the Portuguese superstar has since silenced his doubters having scored 24 goals in 39 appearances for United this season, with 18 of those coming in the Premier League.

Have Your Say! Will Robert Lewandowski sign for Barcelona this summer? Click here to make your prediction.

While those numbers are mightily impressive, they pale into insignificance compared to Lewandowski’s exploits this season. The 33-year-old has hit a staggering 49 goals in 45 appearances for Bayern Munich this season, helping fire the Bavarians to a 10th successive Bundesliga title.

However, it appears a change of scenery could very well be on the cards for the striker in the near future. Lewandowski, whose current deal expires in the summer of 2023, is yet to commit his future to Bayern and it has previously been reported that he has already identified his new club.

While it has been widely rumoured that Barcelona are keen to snap the striker up this summer, Bayern president Herbert Hainer recently asserted that Lewandowski will remain with the record Bundesliga champions next season. As per transfer guru Fabrizio Romano, Hainer said: “Robert Lewandowski has a contract with Bayern until June 2023 – and he will fulfil it.”

The Bavarians are understood to have relayed that same message to Lewandowski’s agent Pini Zahavi, however the declaration has reportedly done little to dissuade Barcelona from pushing to sign the Pole this summer. While the striker may well be one arrival at the Nou Camp, a player could depart is Frenkie de Jong.

The Dutch midfielder has been heavily linked with an Erik ten Hag reunion at United this summer. Xavi insisted De Jong remains a key part of his plans, however clarified that the club’s finances mean some of the Barcelona’s current roster may be sold to make way for new arrivals.

“I have said many times that Frenkie is very important – he’s a key player,” Xavi added. “Then there is also the financial situation of the club and it has to be decided. I’m not talking about Frenkie, in general.”