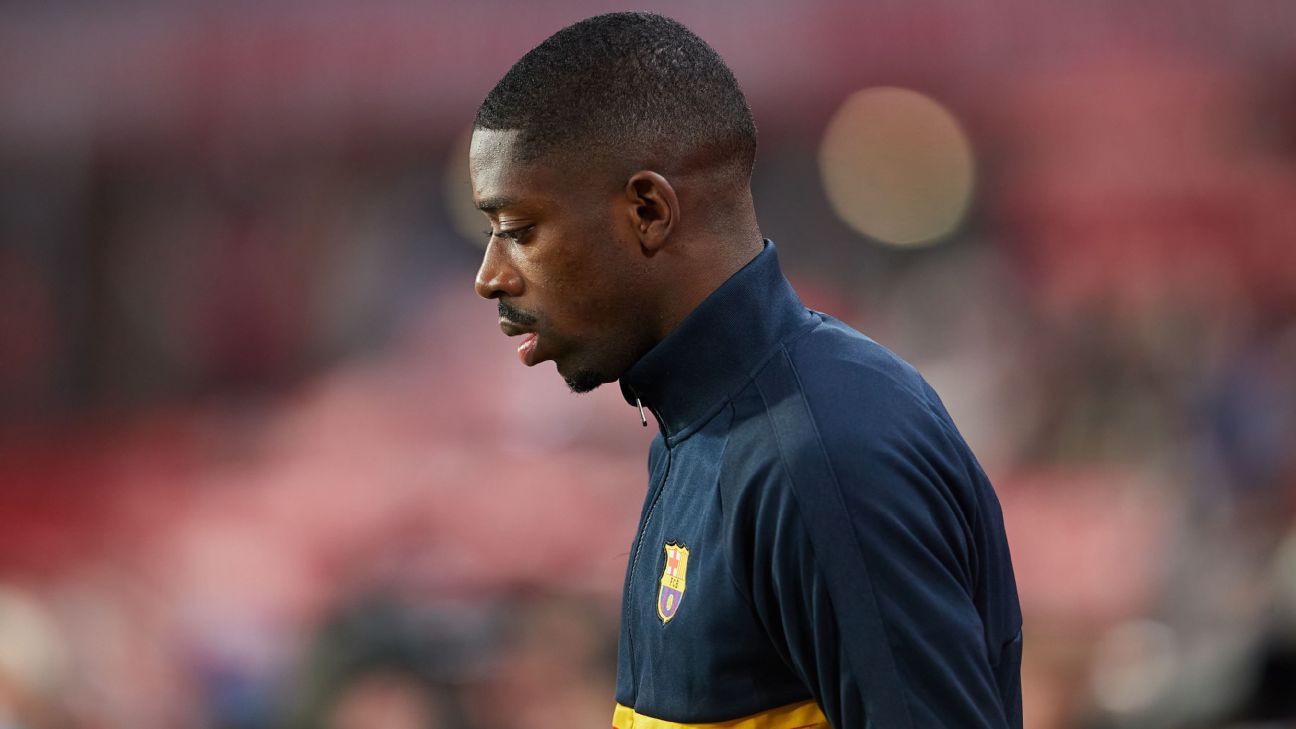 Xavi Hernandez said Barcelona could not afford to shoot themselves in the foot after restoring Ousmane Dembele to the squad for Sunday’s match against Atletico Madrid after a three-week exile.

Dembele, who is out of contract in the summer, was not called up for Barca’s last two matches after being told to either sign a new deal or find a new club.

However, with the January transfer window now closed, Xavi said the situation has changed and he will count on the player until the end of the season.

“We did not find a solution with Ousmane, so the circumstances have now changed,” the Barca coach said in a news conference on Saturday. “We have spoken with the president [Joan Laporta] and made the decision [to reintegrate Dembele]. He has a contract, he is part of the squad and we are not going to shoot ourselves in the foot by not using him.”

Xavi also called on supporters to back Dembele, who last featured in the Spanish Supercopa defeat to Real Madrid on Jan. 12, if he features against Atletico at Camp Nou this weekend.

“I understand fans may be hurt by [the situation] but I encourage them to come and support the team and support Ousmane, if he plays,” he added. “He is training well and has been a good professional.

“We have to close ranks and think what is best for the club. We think he can help us and will use him when we see convenient.”

Laporta had suggested earlier this week that he did not think Dembele should play for Barca again as his contract runs down, but sources told ESPN that Xavi was always in favour of using him if he stayed.

In addition to Dembele, Adama Traore and Pierre-Emerick Aubameyang have also been included in the Barca squad to face Atletico after signing in the final week of the transfer window.

“They are both training well,” Xavi said. “Maybe Adama’s in better shape because Auba has had COVID-19, but they are both available and I can’t wait to see them in the team.

“They are both a good age to understand how we play. We gain a lot because if teams press us high, we have options to play in the space. It makes it more difficult for opposition defences.”

Barca can move into the top four for the first time since Xavi took over if they beat Atletico. Diego Simeone’s side are fourth, one point ahead of Barca, who will leapfrog them with a win.

“It is another final for us,” Xavi said. “We are playing against the reigning champions, a tough team with a good coach, but we are at home with the support of our fans after [50 days] without a game at Camp Nou.

“It is a six-pointer. We have strengthened well in January and the team changes with the signings. Let’s see how well we can compete now in the final four months of the season.”