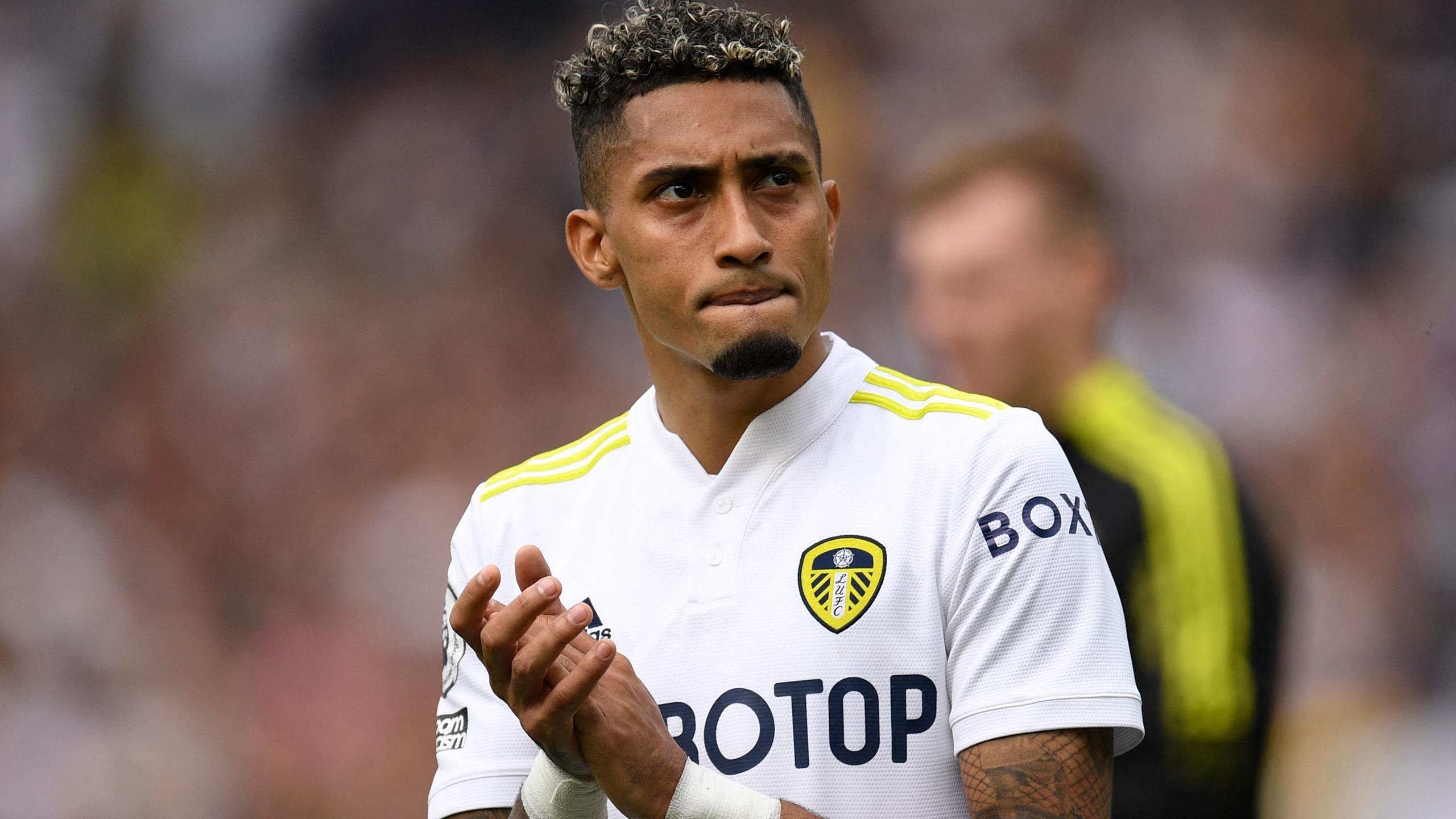 Chelsea are hoping they have done enough to hold off a late approach from Barcelona to complete the signing of Raphinha from Leeds United. The two sides have settled on a transfer fee of £55 million and the Brazilian forward has agreed personal terms with Chelsea, which would see him earn around £115,000 per week over five years. However, Barcelona have not given up just yet. The Telegraph report that Raphinha’s agent Deco was spotted at Barca’s offices on Wednesday to see whether the Catalan club could match Chelsea’s offer. Barcelona have been attempting to sell off a percentage of media rights in order to raise €200 million in transfer fees so they can sign Raphinha and Robert Lewandowski this summer.

Lukaku completes loan move back to Inter from Chelsea

Paper Round’s view: Barcelona are getting creative in order to complete their summer transfer business. The club could raise up to €200 million from selling off a percentage of media rights, which would allow them to match Chelsea’s offer for Raphinha. It would then come down to the Brazilian’s decision and it was being reported at the start of the transfer window that his preference was join to Barcelona. It will be interesting to see who the 25-year-old ends up choosing. He is wanted by Arsenal too, but Barca and Chelsea are both competing in the Champions League. Chelsea seem like the best move on paper – as long as he can be promised first-team football. He won’t want to be sidelined like Callum Hudson-Odoi, Christian Pulisic and Hakim Ziyech.

Chelsea are upping their search for a new centre-back and have turned to Napoli’s Kalidou Koulibaly, according to the Mirror. The 31-year-old has just one year remaining on his current contract at the Serie A side and is open to a move to the Premier League. Chelsea manager Thomas Tuchel has Juventus’ Matthijs de Ligt and Inter Milan’s Milan Skriniar on his shortlist, but Koulibaly is viewed as a cheaper alternative due to his contract situation. The Napoli defender commands a transfer fee of just £40 million, which is less than half of De Ligt’s release clause in Turin.

Paper Round’s view: Koulibaly has been rated as one of the most consistent centre-backs in world football for years but has never seriously been linked with a move away from Napoli. This summer could finally be his time. The Italian club probably won’t want to lose him for free and if he tells them he has no plans to sign a contract extension, they could sell up in order to get a transfer fee for him. Chelsea would be a solid fit. He would be competing for trophies, playing alongside some of the best players in the world and under one of the most exciting managers in football. Chelsea have lost Antonio Rudiger and Andreas Christensen for free this summer, so need to be smart with their signings. Koulibaly would add some much-needed stability to that defence.

Liverpool have been told that they will have to pay a club-record transfer fee if they want to sign Jude Bellingham from Borussia Dortmund in 2023. The Mirror reveal that the Bundesliga club will demand €120 million next summer for the 19-year-old, and they plan to dismiss any negotiations under the asking price. Liverpool have reportedly made Bellingham their top long-term target to bolster their midfielder but will face competition from Real Madrid. The Mirror state that there could be a “bidding war”, which will play into the hands of Dortmund.

Paper Round’s view: Dortmund don’t tend to sell more than one star name per summer, which is why we won’t see Bellingham leave this year. Last year was Jadon Sancho, this year was Erling Haaland… and next year will be Bellingham’s time if he continues to rise to the top. He might be 19 years old, but he is one of the leaders in the Dortmund squad. Bellingham leads by example and by his footballing talent. Liverpool seems to be the perfect destination for him. He will get to return to England at one of the biggest clubs in the world and play under Jurgen Klopp. It might be worth paying the fee because he will most likely be part of their midfield for the next 10 years.

Tottenham Hotspur are accelerating their summer transfer business and are expected to finalise two more transfers this week. The Mail reveal Spurs are engaged in advanced talks with Everton over the signing of Richarlison, while Barcelona centre-back Clement Lenglet has agreed to join the north London club on a season-long loan. Everton are demanding over £50 million for Richarlison so Spurs are figuring out the structure of the transfer fee. The Toffees are willing to sell the Brazilian due to their limited financial position. The club need to raise transfer fees in a bid to rebuild the squad after narrowly avoiding relegation last season.

Paper Round’s view: Tottenham mean business this summer. Antonio Conte has been given money to spend and he’s not messing around. We’ve already seen the additions of Ivan Perisic, Fraser Forster and Yves Bissouma – and there could be two more this week. Richarlison would be ideal. Spurs are missing a back-up striker because no one wants to deputise for Harry Kane – even though the England captain seems to get injured every season. Richarlison is perfect because he predominantly plays as a wide forward who can occupy central positions. He can play alongside Kane or instead of him if he gets an injury.

Neymar: From chasing the Ballon d’Or to getting farmed out on loan – The Warm-Up