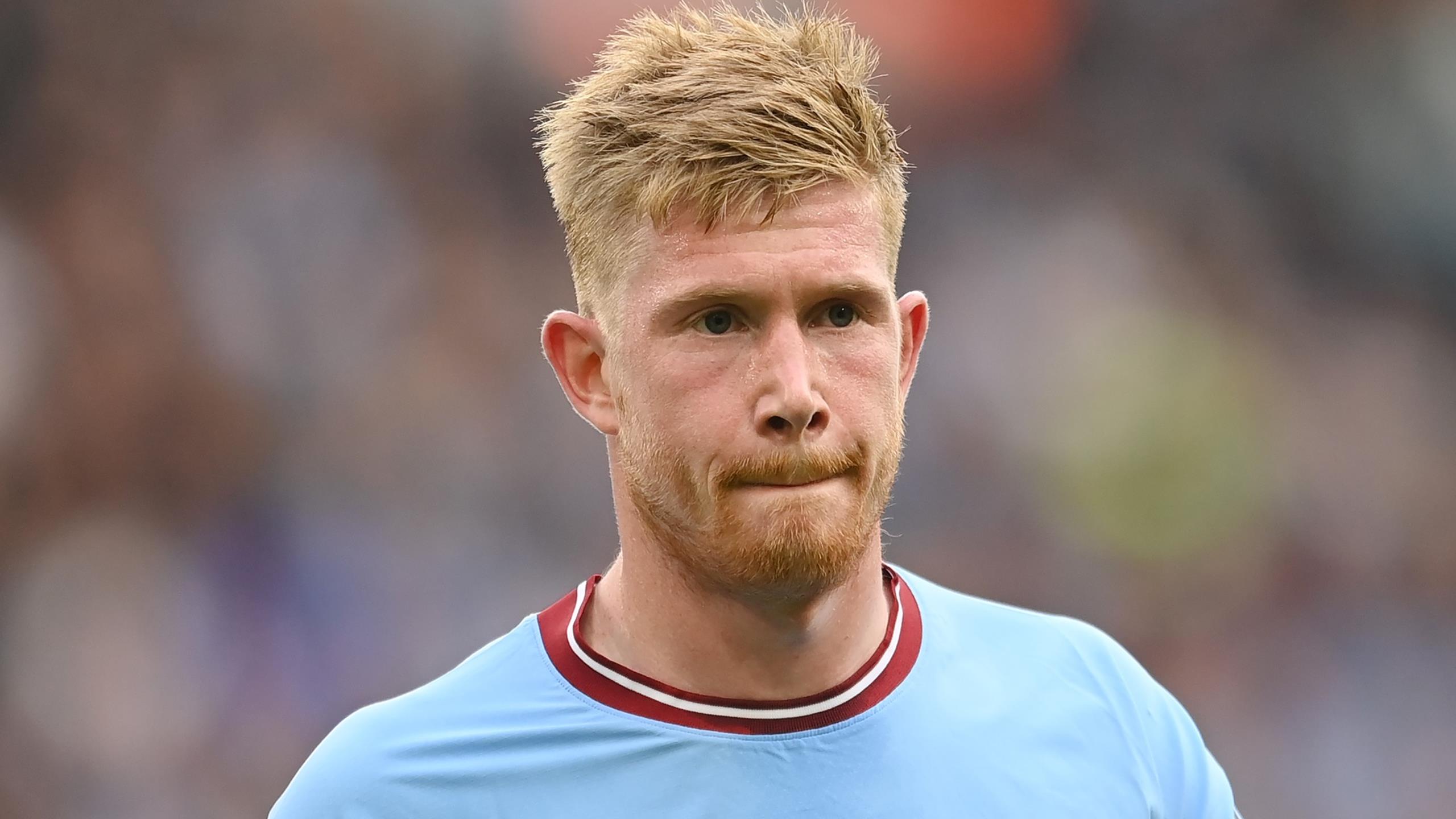 Now it gets difficult. Now it gets really difficult. Over the past few weeks we have been trickling out our predictions for the Ballon d’Or awards, which are handed out on October 17.

With a 30-player shortlist for the men’s award, and 20 nominated for the women’s prize handed out by France Football, we started with the players we believed would get the lowest amount of votes.
But now we enter the business end, and having already forecast Cristiano Ronaldo and Alex Morgan to miss out on the top 10, it is time to decipher which players may miss out on the men’s top five and women’s top four.

This hasn’t been easy, with every player in the men’s top 10 especially looking capable of finishing on the podium, but given the voting should be based on the 2021-22 season alone, we’re backing a leading 2023 Ballon d’Or contender to miss out on the top five this time around.

Believe us when we say finalising this top 10 was not easy, and when chopping and changing around the names we had Courtois in the top five temporarily given his Champions League final heroics.

The Belgian was simply immense against Liverpool, and it capped off a fine season in goal, but while he looks a shoo-in for the Yashin Trophy (the award handed out to the best goalkeeper), we suspect the names below are the reason why he will struggle to finish any lower.

Don’t count him out, but with Gianluigi Donnarumma placing 10th last year and Alisson Becker seventh in 2019, we think 10th is about right for Courtois.

As mentioned, Haaland is surely an early frontrunner for next year’s Ballon d’Or, but this year’s edition should only take into account his 2021-22 exploits, where he scored 29 goals in 30 games.

That is typical of his strike rate, one that he has improved at Manchester City, and should he stay away from the physio room then he is likely to sweep up all of the Premier League awards this season.

The Champions League will be his main mission at City, and should he prove to be the difference then he could well usher in a new era of younger Ballon d’Or winners – but that’s for next year. This time around, he should technically finish outside the top five.

A name we had as high as third when trying to work out our top 10, but we eventually bumped him down given the players left, meaning it would be some feat for the 2018 Ballon d’Or winner to make the podium.

The Croatian picked up zero points last year, placing him 29th along with Cesar Azpilicueta, but this time around a Champions League and La Liga double will have Modric in the voters’ thoughts.

His outside-the-boot assist in the quarter-finals against Chelsea was a skill few are capable of pulling off, and outlined his evergreen quality, with his exploits surely enough to rank back among the very best.

The Ballon d’Or winner that never was fancies his chances of claiming the award at Barcelona, stating the road to the prize is shorter than at Bayern Munich.

He has started life at Barca in fine form, as expected, continuing from a campaign in Munich where he won the European Golden Boot for a second straight season.

A stunning return of 50 goals in 46 games last term makes him a contender once more, and though he could push for a top-five place, the podium seems unlikely after Bayern fell short in the Champions League, having suffered a shock quarter-final exit to Villarreal.

The best midfielder on the planet, and a difficult top-five omission. Naturally, by placing him sixth, he is the player here that we believe is most capable of finishing higher, and we would happily eat our words if the Belgian was to do so on October 17.

However, despite another stellar campaign, our remaining five below have possibly done enough to eclipse him in the voting for this year at least.

We are by no means confident with this call.

The remaining five… Find out our order next week:

Our predictions would have looked a whole lot different had Barcelona beat Lyon in the Champions League final, but nevertheless Bonmati deserves a top-10 place.

The midfielder was key to Barcelona’s perfect league campaign last season, contributing 13 league goals and six assists, although injury setbacks have prevented her from an appearance in 2022-23 so far.

The 23-year-old midfielder was the best player at the SheBelieves Cup, and was also a key player for Lyon as they won Division 1 and the Champions League.

The American scored in the Champions League final win against Barca, one of her eight goals in the competition last season.

Miedema should always be part of the discussion around the world’s best female players, but with Arsenal missing out in the WSL to Chelsea, and the Netherlands getting knocked out of the Euro 2022 quarter-finals, the forward may do well to make the Ballon d’Or podium.

We think top 10 is a fair shout, although she’s one of many ‘What might have beens’ had her Euros gone better.

Vivianne Miedema of Netherlands looks on during the UEFA Women’s Euro England 2022 group C match between Netherlands and Sweden at Bramall Lane on July 9, 2022 in Sheffield, United Kingdom.

During our power rankings over the summer we speculated what a Euro 2022 victory with France would do for Renard’s Ballon d’Or chances.

The imposing centre-back had already guided Lyon to the league and Champions League double, but ultimately France fell in the semi-finals to Germany, ending her hopes of winning the Ballon d’Or.

It was not for want of trying, with Renard a constant threat in the air from set-pieces for France, and having finished sixth in the Ballon d’Or standings back in 2019, we reckon she can go one better this year.

‘Never witnessed anything like it’ – Grealish stunned by ‘unbelievable’ Haaland